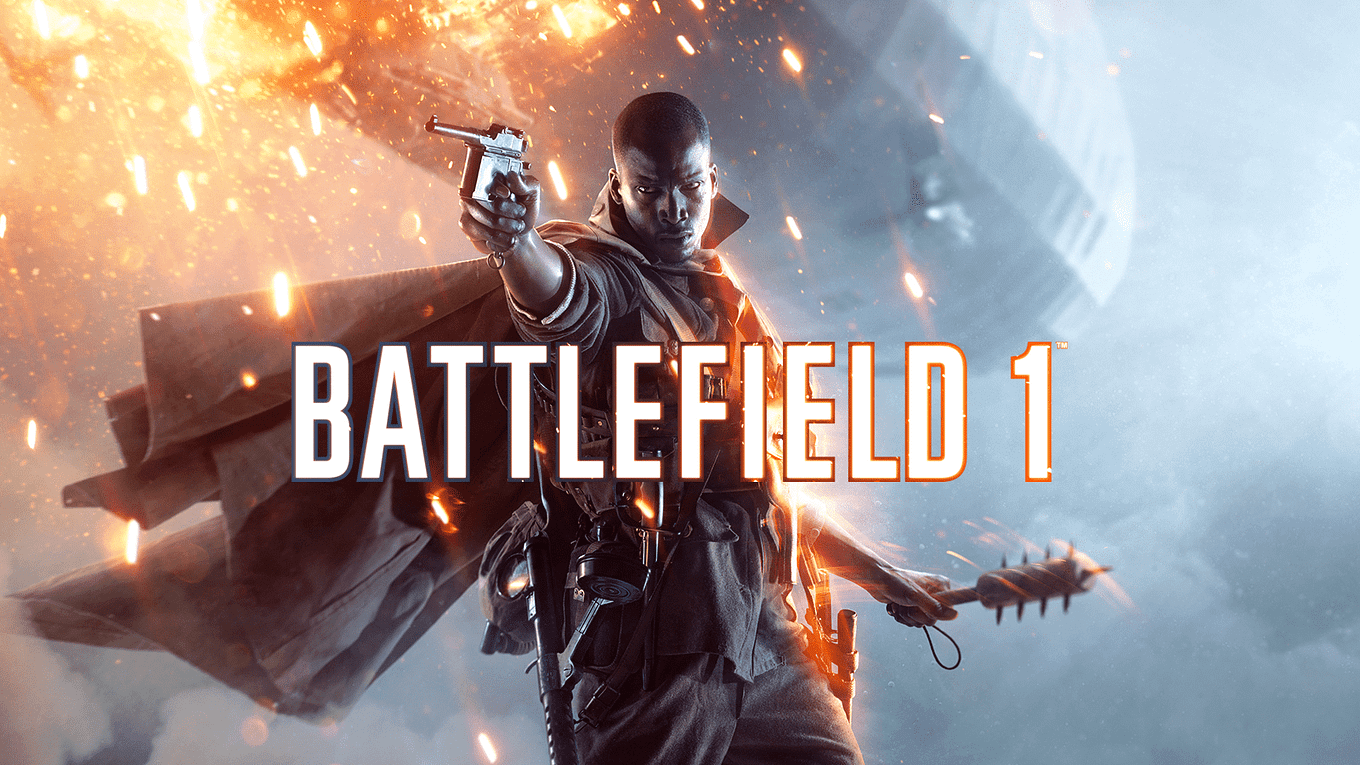 There’s no time wasted in getting the message across; the prologue introducing the game clears away any misconceptions. Battlefield 1 is focused solely on the idea that death, and little else, awaits those who served in what was once known as the Great War. It does away with the linear “one-character-wins-the-war” approach, and instead shifts a wandering focus around to those who weren’t so fortunate to be granted so many missed bullets. Instead, it records the last moments of one fallen soldier to the next, each of them adding to the insanely high number of deaths of WW1. All manner of weapons and machines from that era make an appearance, with stunning detail; down to the most cumbersome of heavy rifles, to the deadliest machine guns of the age. The raging hell fire of death and destruction of the First World War is rendered, if it’s not too macabre to say so, quite beautifully. 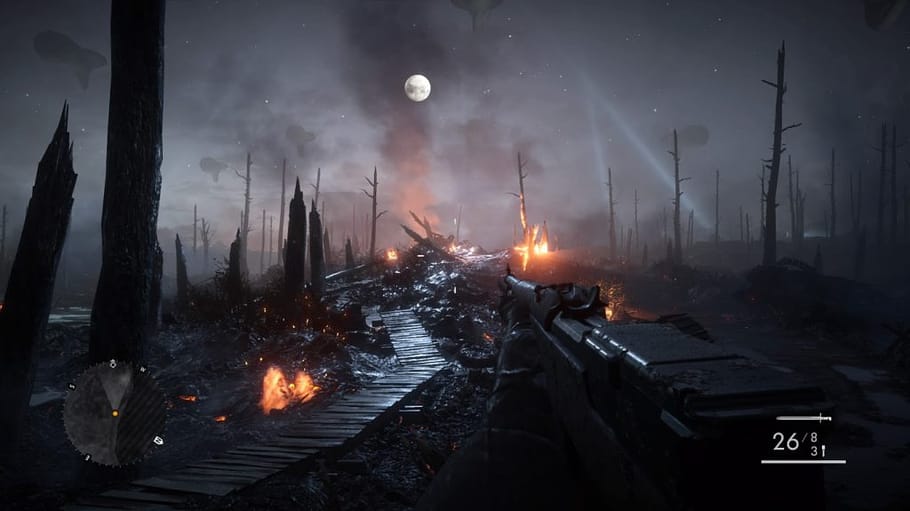 The campaign mode, War Stories, while each of them are short, are excellently written – short narratives about soldiers from all walks of life, thrust into the battlefield and their efforts to fight for survival. They can also be played in any order you wish, meaning you can run straight from the Mark V tank (lovingly named Big Bess) in “Through the Mud and Blood” campaign, to the Bristol F2 biplane with in “Friends in High Places” – or even riding horseback through the blistering desert sands of Sinai in “Nothing is Written”. So enjoyable and character-driven were these narratives, I felt the need to play through them all; even now I have yet to pick a favourite. However, flying a Bristol F2 airplane and engaging in dog fights was the highlight for me personally. 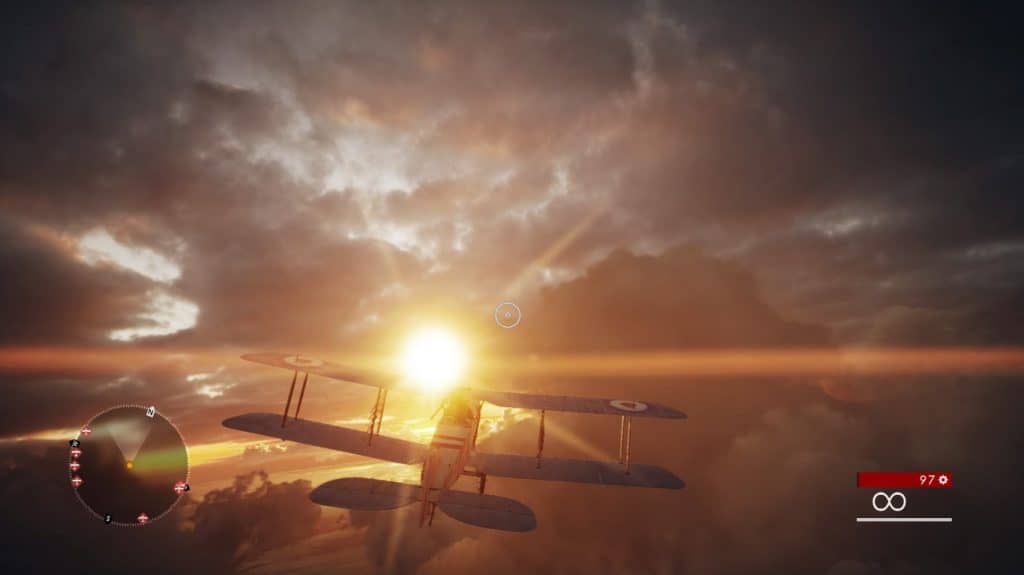 War Stories not only give the players a brief history of which areas were heavily affected and ravaged by war, in countries that now no longer exist, or are permanently marred by its events, but the campaign stories serve as a good beginners’ primer (or refresher course for players who are already familiar with the franchise) in preparation for multiplayer – that’s where the real fun begins.

As chaotic and wildly expansive as previous games, but swapping in the wheels, wings and explosive things for the appropriate armaments of the time, it’s a furious flurry; kills will get you experience points that can be spent on customizing your arsenal of firearms. The game modes include not only the classic Conquest, Domination, Deathmatch and Rush, but have also thrown in Operations, the largest and most team-work orientated game mode, and War Pigeon, which is loosely wrapped around the notion of Capture the Flag, where, as you may have guessed, the bird is the flag which must be protected as it flies to its destination with a message.

Operations is a clash of two huge armies across several maps, defending the line and attempting to hold the ground. It tasks you with the role of attacking and capturing enemy strongholds while defending these positions from the defenders who attempt to take it back, using every asset at your disposal, pushing alongside your squad mates and other players. There are several game-changing mechanics to add to the mix, including the Battalion, on the side of the attackers – three in total, they can be used when they fail to capture a sector/run out of tickets. Alongside Behemoths, which could come in the form of a dreadnought, airship or armoured train, these are called in to squeeze whatever drops of resistance are left in the defenders. 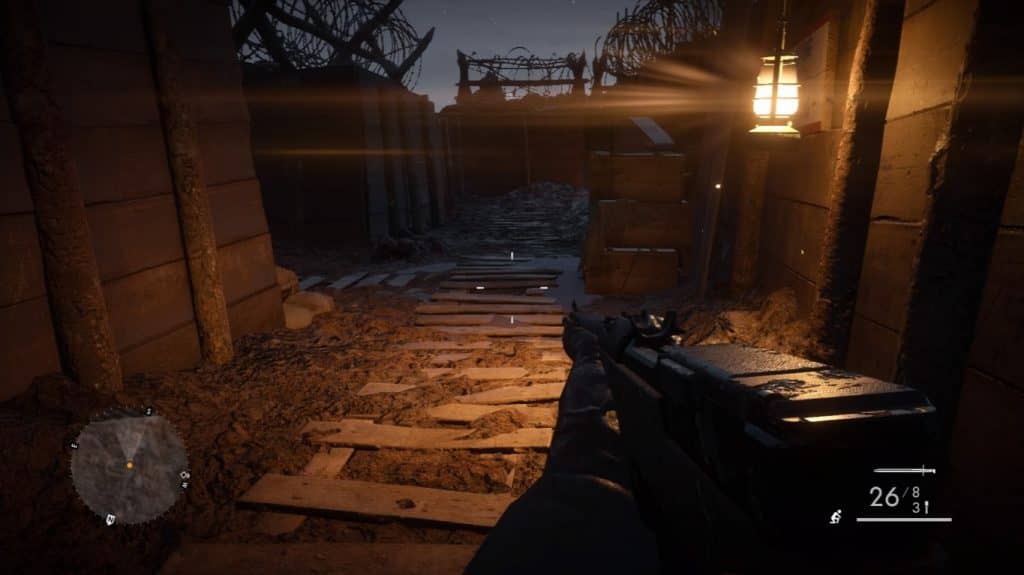 Multiplayer is easy to play, but hard to master; while the drones and guided missiles of modern warfare don’t exist here, there are still plenty of other clever ways to be killed on the field. It’s a running game of skill, and a fair amount of luck thrown in; a parachute could land you down right beside an enemy soldier waiting inside the doorway of a crumbling house – or an airship could fall on top of you in a flaming heap of wreckage. Expansive maps make the field of battle huge; players can be dropped in at random into a biplane, tank or on foot. Sinai Desert is one map in most need of a means of transport; it has massive desolate expanses, with little areas for cover as you travel between outposts and camps. Sandstorms that lower visibility can be an unexpected advantage for soldiers on foot. 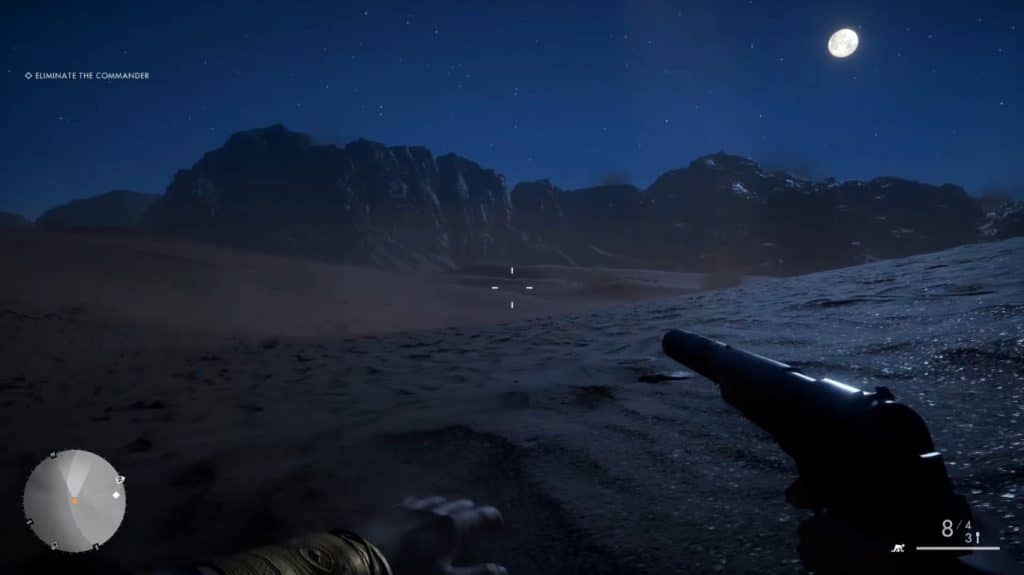 Chaotic, explosive multiplayer combined with often poignant narrative campaigns, the developers seem to have hit the mark on an all round balance in game modes – an excellent game by all accounts, it is a welcome addition to the ranks of EA DICE’s roster.

If you’d like to see a preview of one of Battlefield 1’s Campaign modes, check out our First Fifteen play through on YouTube: