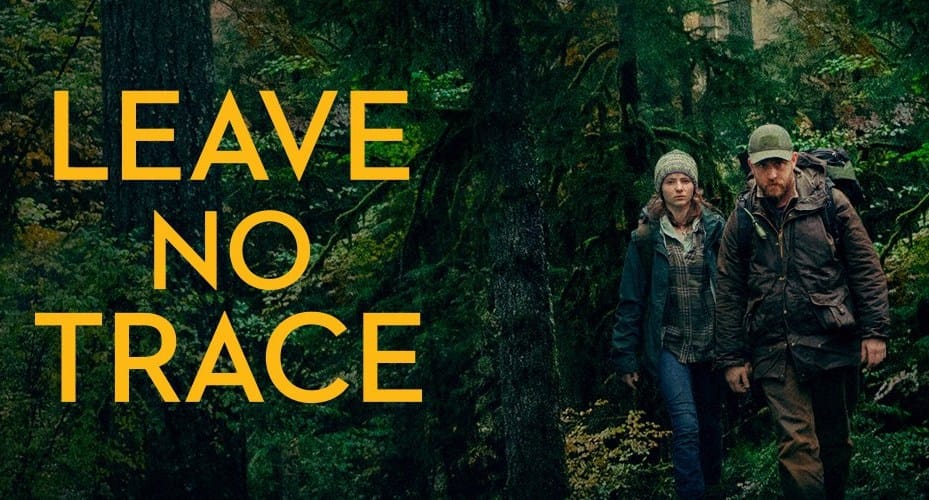 Leave No Trace is a beautiful film. As breathtaking as the isolated locations used are, what is more impressive is the powerful, emotive performances of the film’s lead actors.

Leave No Trace is a slowly unfolding story of a father and his adolescent daughter who are discovered living off the grid in the forest of Portland, Oregon. After social services intervene, they begin a journey to find a new home that drives them both to examine where they want to live and the kind of life that they want to have.

Shown mainly from the perspective of the adolescent Tom, an impressive performance from Thomasin McKenzie presents a nuanced, emotive portrayal of a young girl caught between her own wishes and her love for her father (Ben Foster). Leave No Trace sensitively captures the moment when you realise that your parents are not infallible, but are also flawed humans with their own fears and anxieties.

Director Debra Granik builds an increasing sense of loneliness and isolation, as well as subtly increasing the strain between the two leads as the plot develops. The chemistry between McKenzie and Foster is incredible, balancing love and tension with delicacy in a way that many coming-of-age narratives struggle to do. Small details, such as leaking boots or a seahorse necklace say as much about their current relationship as long, drawn out exposition could achieve. No word is wasted in this film, and the sparse dialogue helps to develop both the isolation of the two leads and the growing rift between them. The cinematography and the physical performances, rather than dialogue, are key to developing the narrative.

While Leave No Trace succeeds as a poignant examination of a father-daughter relationship, it does miss out on an opportunity to more closely interrogate pressing social issues such as mental health, homelessness, and the abandonment of war veterans that struggle to assimilate back into society. This might be a cynical and jaded view caused by the current political climate, but the ease with which they access supports seems extremely idealised. Everyone that crosses their path is willing and keen to help them – even when they reject that help. While their way of life is threatened, there is never a sense of danger from the other individuals that they encounter. It is a hopeful portrayal with only one foot fully grounded in realism.

As the film focuses mainly on their relationship from the perspective of a young woman on the cusp of adolescence, one could argue that to focus more deeply on her father’s clear PTSD and mental health issues may have diluted the strength of her narrative. The focal point is her love and loyalty to her father (as well as his devotion to her), and her learning to balance that with her own desires and what is best for her. However, it is disappointing that this opportunity to address mental health issues, particularly in post-war veterans, is only danced around and never fully engaged with.

Overall, Leave No Trace is a poignant character driven story that sensitively explores a complex father-daughter relationship. It is a beautiful film, with stunning cinematography and a moving coming-of-age narrative. Slow paced but consistently engaging, it is an impressive piece of work and should not be missed.