As bastardizations of franchises ago, Goosebumps isn’t the worst one ever made.
It fits in nicely with director Rob Letterman’s portfolio, which ranges all the way from surprisingly entertaining (Shark Tale) to predictably awful (Gulliver’s Travels).
Letterman gravitates towards films that set the bar low, and banks on these low expectations for a positive audience response.
A ploy almost perfectly represented by this film. 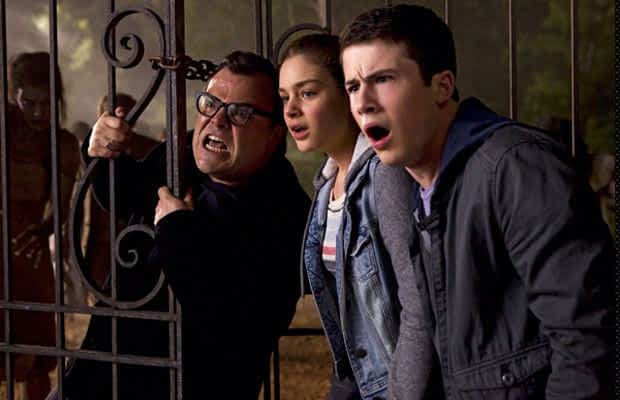 Rather than adapt the plot of one of the 62 children’s books, Goosebumps takes the ‘Monster Squad’ approach and mashes them all together with a ‘Haunted Books’ plot that allows for maximum spectacle.
We see through the eyes of cool guy Zach (Minnette), the new kid in town, who moves in next-door to the mawkishly adventurous Hannah (Rush) and her over-protective father, R.L. Stine (Black).
What follows is an eye-rolling pubescent romance, some hit-and-miss comedic writing and an oddly nostalgic adventure with liberal smacks of CGI.

As a given, the actual fans of ‘Goosebumps’ are ill-served. At the expense of flash and a family-friendly vibe, the film completely misses the tone of the series and begs the question of who its target audience is. Those who grew up with the books have likely moved onto hard-core horror at this stage. And while the original books are aimed at those in their early teens, even they will be expectant of a little light horror.
Yet this is a film devoid of any creepiness whatsoever, a live-action Hotel Transylvania of sorts. It sacrifices fan-loyalty for accessibility. Which, to its credit, works quite well. 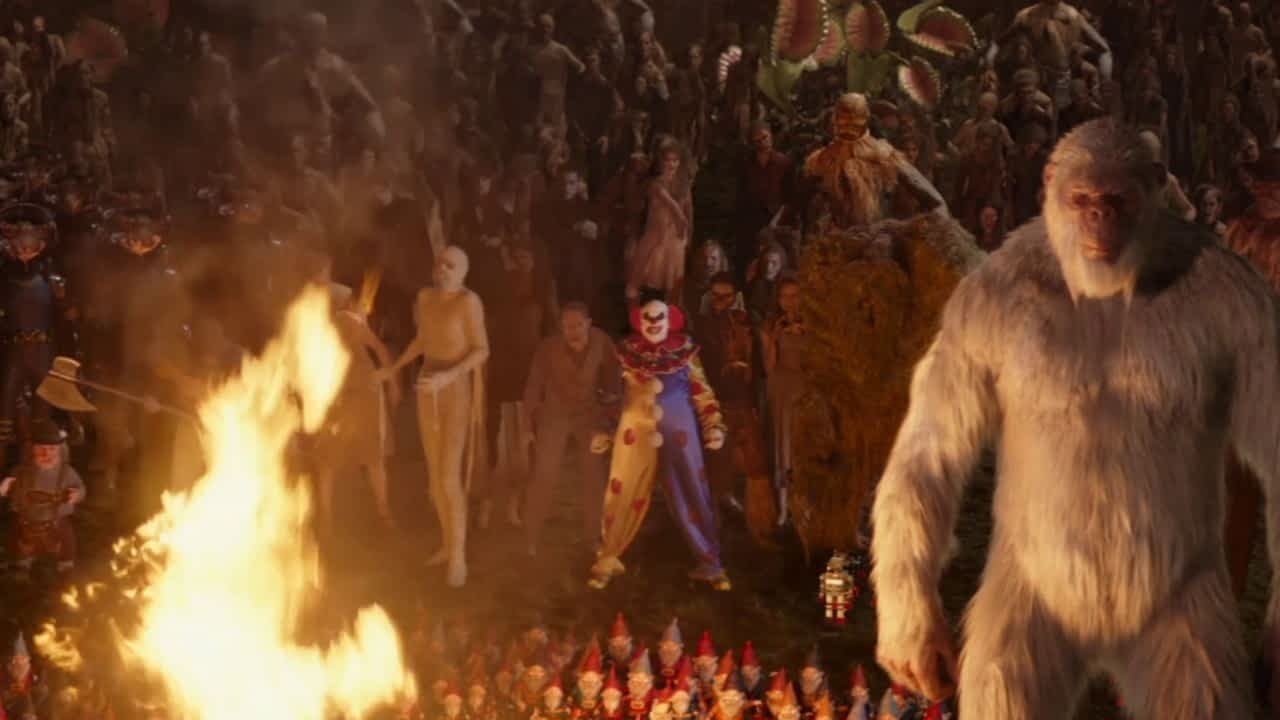 The film wears its messy structure on its sleeve. It’s a proud disaster, happily trampling from one set-piece to the next. And just when things threaten to get dull, the film cuts, with nary a hint of a sequel suggested. It doesn’t (quite) outstay its welcome, suggesting that it knows exactly what a cheap barrel of laughs it really is.

It certainly is funnier than one might expect, due in large part to its side-characters rather than the main cast. Amanda Lund and Timothy Simons are easily the most memorable, and most criminally underserved, as a pair of brilliantly inept cops, whose incompetence is matched by their blind enthusiasm. And while Amy Ryan is serviceably charming as Zach’s loving mother, it is Jillian Bell who works hardest and affords the film some warmth as his insecure Aunt Lorraine. 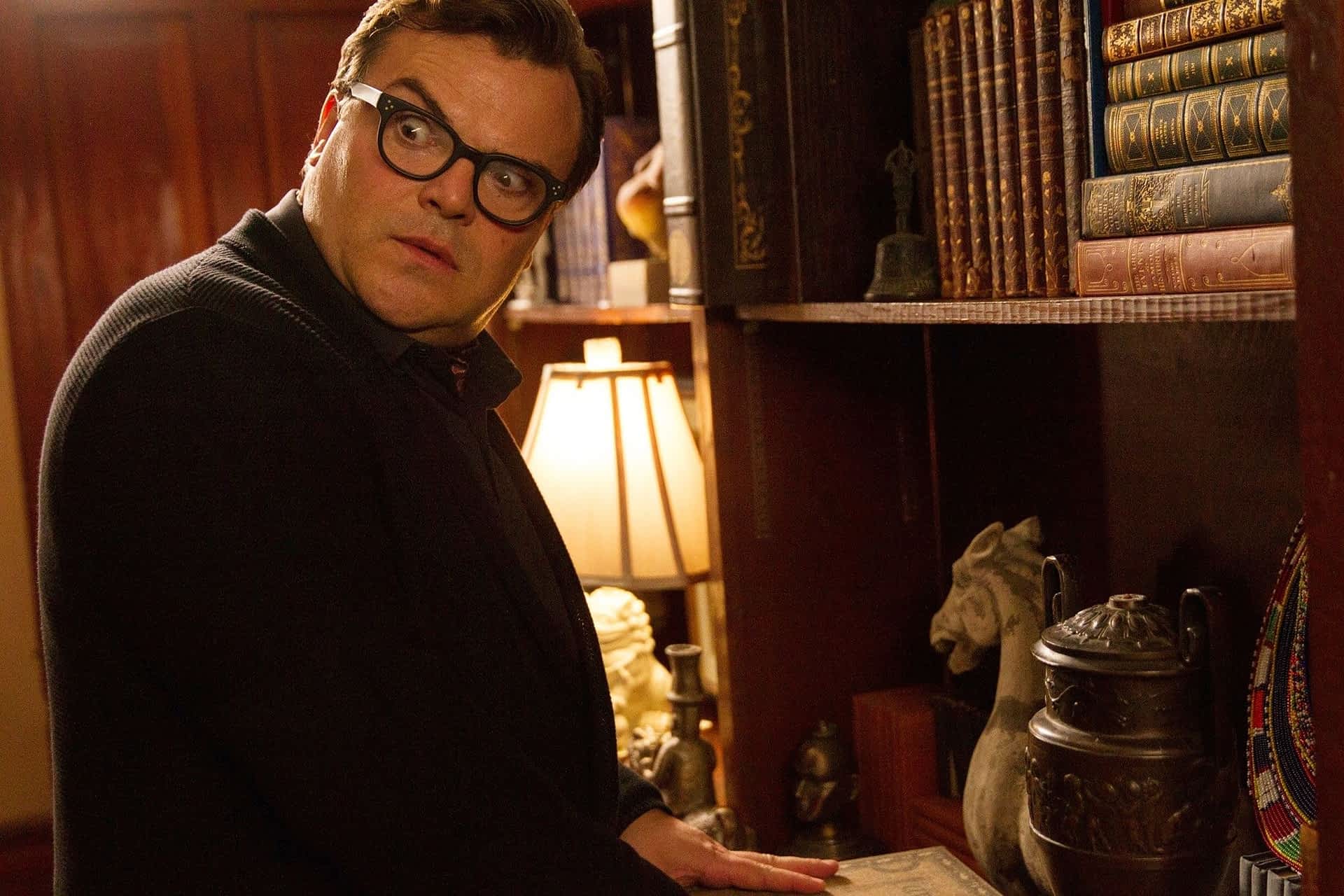 While they have their moments (Ryan Lee’s Champ is set up nicely as the archetypical coward), the main cast act primarily as a vehicle to bring the audience from one monster encounter to the next. And while the action beats are solid, there is a disappointing lack of creativity when it comes to which creatures get the most focus.
Goosebumps is a series of books that brought us piano teachers with robotic hands, haunted masks and a lethal bad luck charm in the form of the Grool. For the film to fall back on werewolves, zombies and space-men, it is difficult to believe that the script-writers were taking this project altogether seriously.

Evil garden gnomes notwithstanding, of course.

Still, this isn’t a horror film. It’s a kid’s movie and falls awkwardly into that adventure category that you might associate with films like Jumanji or Hocus Pocus. It pales in comparison to those films due to its lack of heart, but it gets by with variety, silliness and some impressive flash.
And while the occasional smart-phone or use of CGI (regardless of quality) might take you out of it, the film feels as though it could be taking place in the 80s, a much less cynical time of film-making. 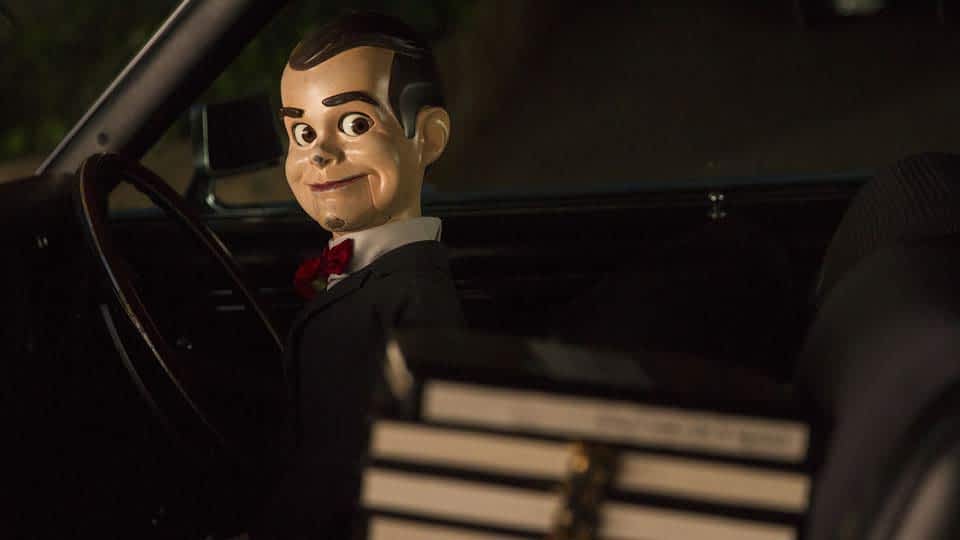 Goosebumps does exactly what it sets out to do, which is cash-in. There’s a lot of mediocrity surrounding the highlights mentioned (the painfully average romance, the soundtrack, Jack Black wearing glasses and calling it a ‘character’), but it is fun for the time you spend with it.
So, while it might be tonally different to the books that inspired it, the end result is ultimately the same.