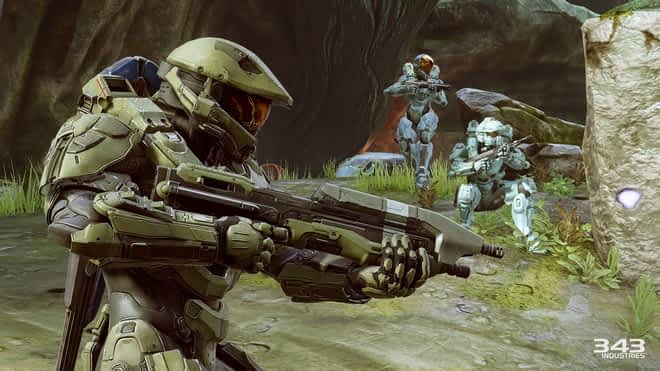 343 Industries have finally launched the big Xbox One console seller with Halo 5, the question everyone is asking is is it worth a jump to next gen, or should players stick with the classics? We are going to jump straight into multiplayer, which is the heart and soul of the Halo series. The classics modes seen in previous Halo games return with playlists including Slayer, Team Arena, Breakout, Free for All, and Swat, and now include a new mode called Warzone. 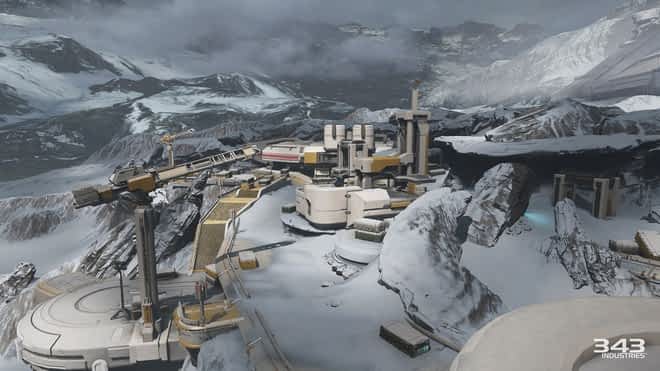 Warzone, a 24 person game mode, starts with a short cinematic before being dropped into the game (a bit like the drop offs in Titanfall). Both teams start at either end of a medium to large map with control points set evenly between them which allows for a nice bit of tactical flanking of the enemy. In this mode you earn points by killing the other team, capturing the Control Points and defeating the NPC bosses. Bosses range from hunter to legendary level bosses. So this mode can make for epic comeback stories if you play it right. These type of matches can last much longer than the regular multilayer modes. 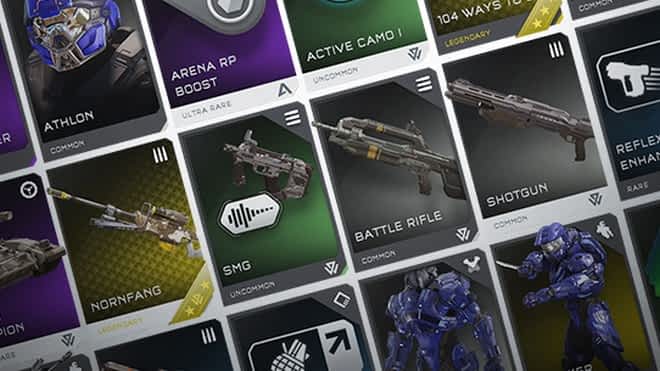 New to the halo Franchise is the addition of “Requisitions” or “REQs” for short. REQs are cards you can use during a match to avail of the particular item. when you start a game all the players begin with the default gear , but as you progress thought the match you rise in level you are able to use your “REQ” cards to unlock better weapons like rocket launchers, or character boosts. The problem I have with this mode is that unless you are a really skilled player there is little chance you will be able to use the more powerful weapons or vehicles unless you get lucky with a random vehicle pick up.

You earn REQs packs from leveling up or doing generally well online, but you can also purchase them with points earned from multiplayer, and with micro transactions. This means you can easily buy a bundle of high level cards without any effort. Special REQ packs will be given to users buying limited edition items like the Xbox One halo Controller. 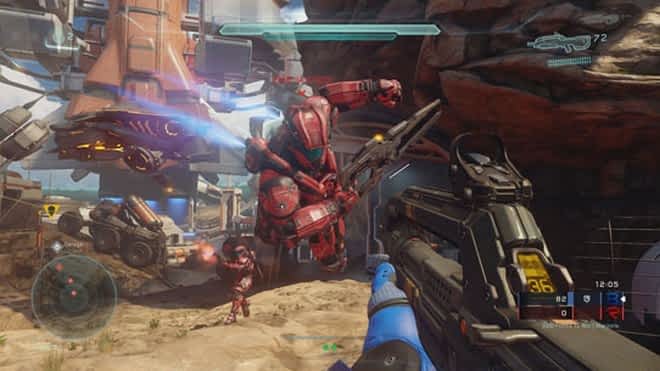 Players movement through the game, and especially in multiplayer, feels a lot more fluid. The ability to climb up to ledges and the ability to dash also helps traverse the maps by climbing up ledges and leaping across gaps. A new attack is the Ground and Pound attack, this keeps you hovering in the air for a few more seconds than usual before landing a powerful attack to the ground shaking enemies around you. While very effective it does run the risk of making you a floating target.

The Halo 5 story, which was heavily marketed with the live action trailers and the podcast as well as the hunt for the truth tagline, features Spartan Locke and Master Chief. You will be switching between both characters during the campaign. Master Chief, the main charter of the franchise, is on the run from the UNSC for disobeying an order, and it it up to Spartan Locke to find and get Master Chief and his team back to answer for their actions. This is essentially a giant game of cat and mouse stretching across several planets. 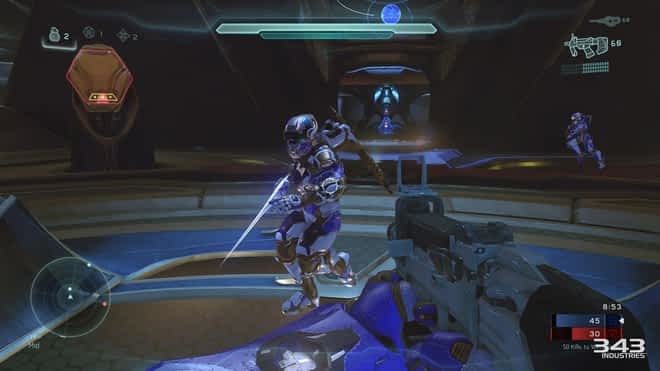 An issue that I did have with the squads was that I only felt I got along with the Fire team Osiris, and not Master Chief’s blue team. Fire team Osiris has a few familiar faces, Edward buck played by Nathan Fillion (from Castle,firefly ) and from the Halo mini-series, Mike Colter ( from halo nightfall,and Jessica Jones). For Master Chief’s blue team, I didn’t really feel like I was a part of the team, I didn’t know who the team mates where (apparently you would if you watched the animated series or read the halo books). Knowing the Halo lore is a must if you want to get more information on Master Chief’s Back story and perhaps enjoy this story a little more than I did. With this knowledge gap the story got a bit confusing at times, I had to go back and play through a few sections more than once to help jog my memory.

Hidden around these levels there are additional intel pick ups that you can collect, these will give you extra snippets of back story. A strange design choice often leads to the in game sounds of nearby enemies drowning out the voice over of the back story. 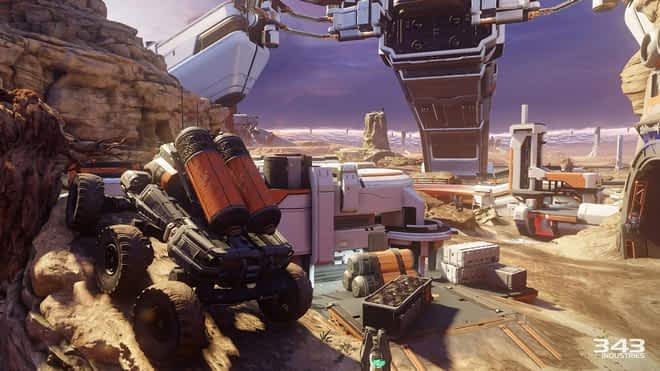 Halo 5 has a feature to play the Story with friends, but no option to jump in or out of games with randomers. If you have friends who are up for Halo then its a great feature, however for myself Halo was always local co-op split screen, which they have left out, the reason why was to keep a steady frame rate to keep with the 1080p at 60fps. While Halo does this and looks amazing this is an essential part of Halo history that is missing.

Overall: The Halo 5 story is a bit disjointed at times, visually the game looks amazing, and the Halo multiplayer is more fluid and exciting then ever before, for a jaded Halo player this title has managed to get me hooked alover again.