Growing up in the South-East of Ireland, I was pretty much always forced to listen to Country western music. For some reason that’s all they ever seemed to play on our local radio station. I’m not saying that’s altogether a bad thing. I only mention it because that’s what I Saw the Light reminded me of. 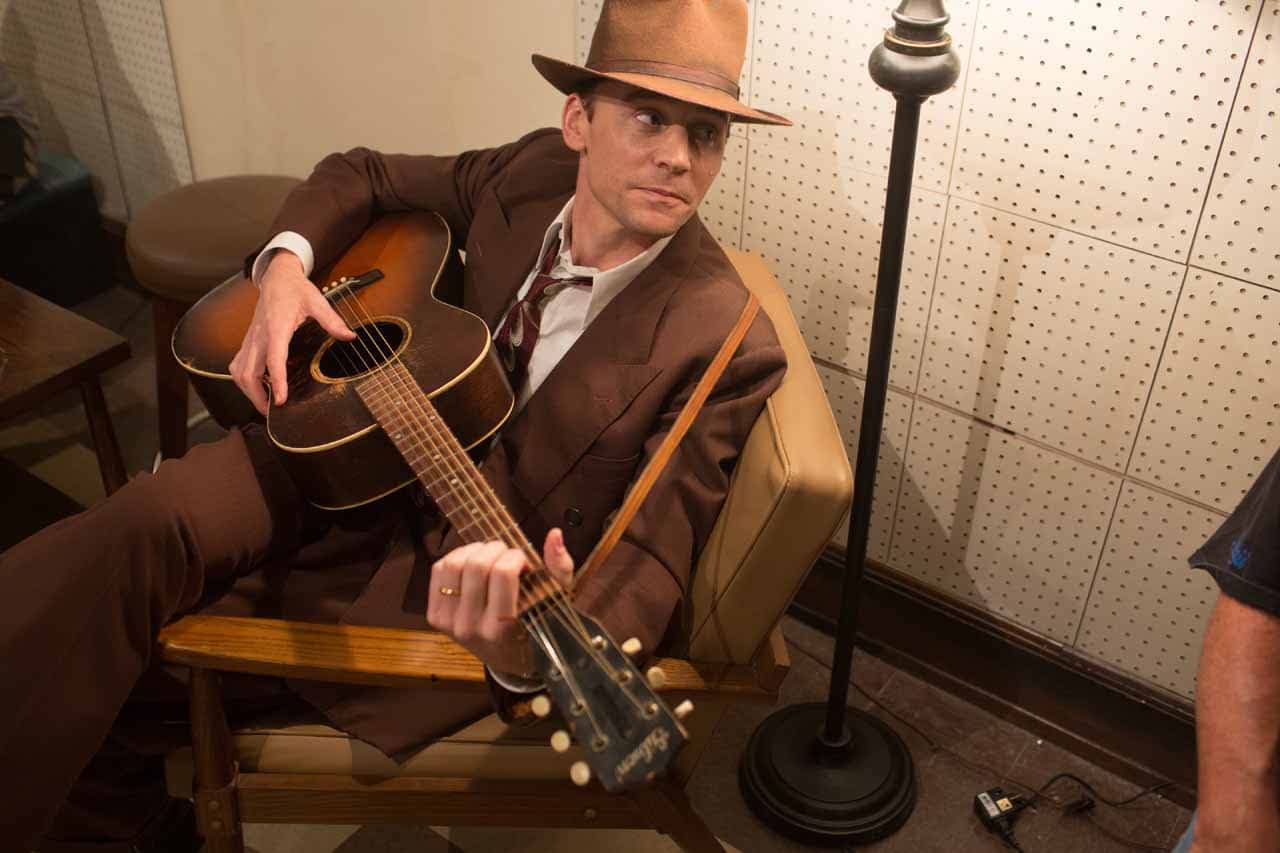 I Saw the Light is the story of country-western singer Hank Williams, regarded as one of the most significant and influential American singer/songwriters of the 20th century. The film chronicles his rise to fame in the mid 1940’s right up until his untimely death at the age of 29. And while the cast manage to do a capable job with the material they have, the story seems dull, draining and oddly chaotic.

Tom Hiddleston provides a great performance as Hank Williams. We are thrown right into the prime of his life as he is marrying his first wife Audrey, played by the wonderful Elizabeth Olsen. As lacklustre as her role is, Olsen plays it so well that, if not for Hiddlestons performance, she would have stolen the show.

Hank seems to be a man going through as many problems as he has hit songs. Songs such as “I’m So Lonesome I Could Cry” and “Lovesick Blues”, the latter of which helps him ascend into mainstream and become one of the most popular artists in America. With numerous number one hits, he finally achieves his dream of playing at the Grand Ole Opry, often noted as ‘Country’s Most Famous Stage’ and then touring across America itself.
Yet we’re not privileged to see the agony he faces when writing these acclaimed pieces of music.

All we get to witness are the mostly negative sides of him, his alcoholism combined with his womanizing ways.
Emotional pain is embodied as physical pain, as he suffers from severe back problems, to which doctors have prescribed painkillers for him. Coupled with his rise to fame and fortune, we see a man spiraling down the oft travelled road of celebrity alcoholism and drug abuse. 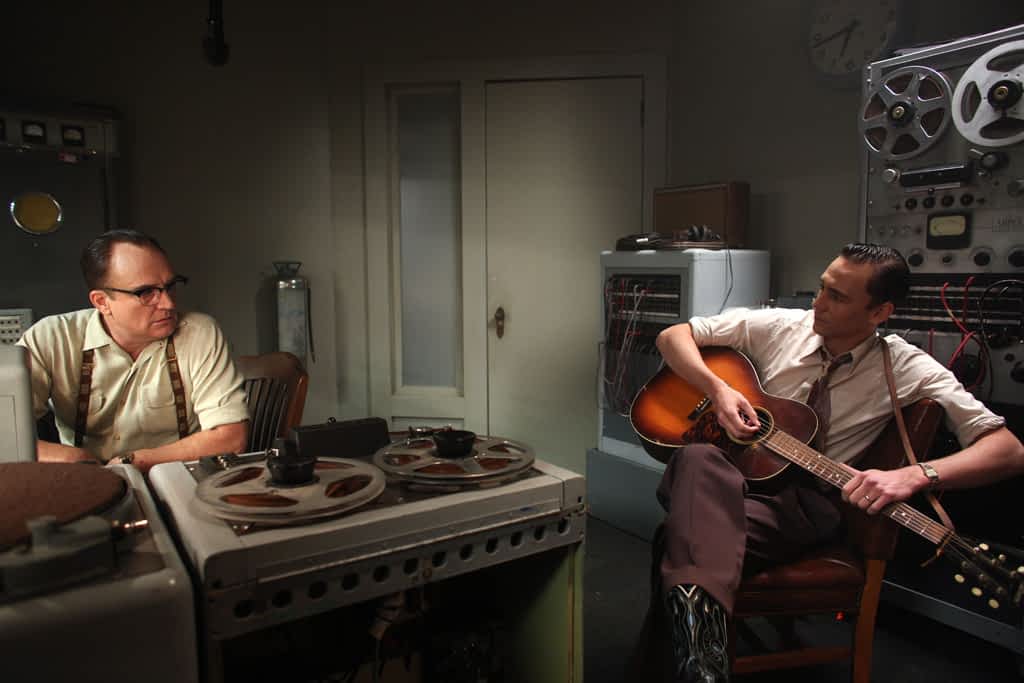 Eventually all of this becomes too much pressure for Hank. As we enter the 1950’s, we slowly begin to see the pressures of stardom tearing at his psyche.
His ‘pain’ increases and his performances become increasingly wild and unprofessional. It gets to the point where he is unable to perform at concerts and inappropriately starts spouting nonsense into the microphone.

The ‘cause’ of said pain can be seen in his relationship with Audrey, which is made complicated by a disapproving mother, a loving daughter, and a saucy bit of crumpet in the form of Billie Jean Jones.

This is the second feature from Marc Abrahams, who is a more active producer than director and it shows. He makes some smart metaphorical choices and the visual style he employs for the 1950s is very slick; his use of film footage in the style of an oldies show reel lends the film some heart.
He also does an admirable job of directing Tom Hiddleston and Elizabeth Olsen, but it is their charisma that keeps the film afloat. The only thing that engages with the audience as well as these two is the delightful soundtrack. 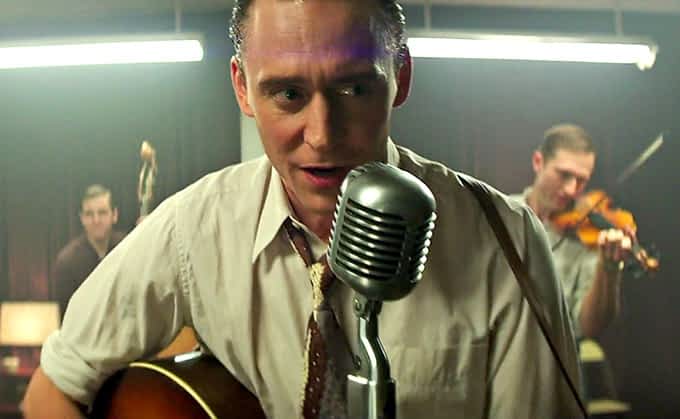 Sadly, many of the other characters feel horribly forced and are clearly present as a means to progress the story forward. On top of this, both the first and second acts are riddled with poor editing and scenes that don’t seem to build towards anything. It makes the two hour running time feel longer than it is and it all comes across as very clunky.
It’s not a train wreck by any means, it showcases potential and some solid performances. Yet there is certainly room for improvement here.