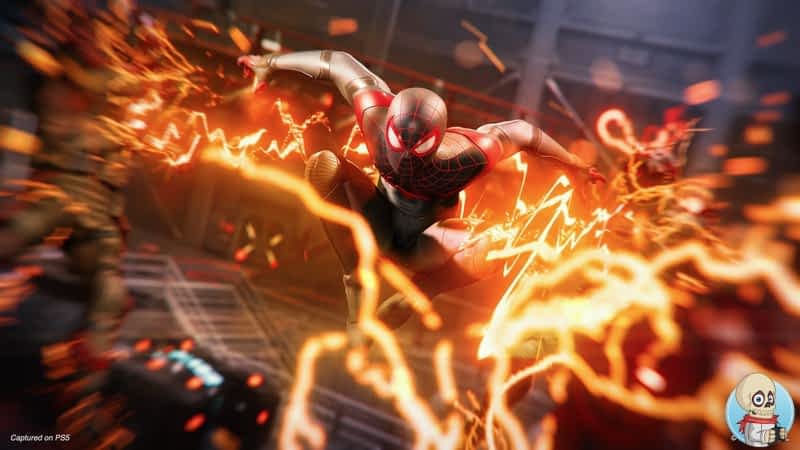 2018’s Spiderman from Insomniac Games was one of my favourites from that year (if not this generation). It was funny and charming (in that goofy Spiderman way) and jam-packed with action. It had everything you want from a blockbuster title. While it was not completely new territory, It looked and played incredibly well and made open-world traversal fun with an ingenious web-swinging system.

Miles Morales is essentially an “add on” to the original rather than a proper sequel. It comes in at around the 10-12 hour mark. Like all these open-world games your own style might result in a faster, or slower, playtime. Considering this is sold as a full-priced game many have been voicing concern over this shorter playtime. For me, I’ve already 20+ hours done in Spiderman so this does run out steam a little bit quicker than its predecessor. So on that front, the shorter run time works in its favour.

Set one year after the original, Miles (who has also been bitten by a radioactive spider) is now a Spiderman in training, an understudy of sorts to Peter Parker. After the opening scene (which acts as a refresher/tutorial). Parker leaves you to babysit the city. While the city inhabitants never get as close to the mess of the original. Over the course of the game, you do need to grow from the hesitant apprentice into a real superhero.

Despite borrowing a lot from the previous game (same locations, same basic gameplay) it stands on its own. In no small part, thanks to the impressive voice acting from Nadji Jeter in the lead role. There is an infectious enthusiasm right from the opening scene that is so strong that after 30 minutes I was convinced this was the better Spiderman.

As Miles is just at the start of his own Spiderman journey, you are taking a step back in your own. Your “Spidey sense” isn’t as tuned, your web-slinging isn’t as graceful, and you do have to unlock your skill tree all over again.

While some of the travel and movement-based skills from the previous adventure remain, Miles has exciting new skills to learn. A new camouflage and “Venom” (electricity-based) superpower give combat a completely new feel.

Overall: I loved the original and this follow up is on par (if not a bit better). There has been some necessary trimming of the fat and some well-placed family moments that give it more heart.

The shorter run time prevents the usual open-world mid-game slump and keeps the 12 or so hours I spent with it moving as a good pace.

Despite the location being the same city as the first. It is just as fun and it looks even better. I only got to play on the PS4 Pro, I can’t wait to see this on a PS5 come the 19th of November.

Note: This was reviewed on PS4 Pro. A review code was provided by Sony.