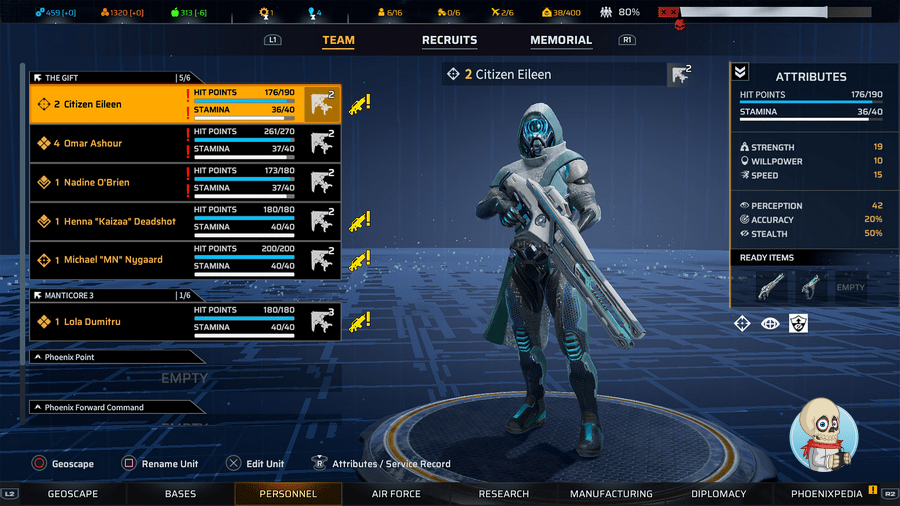 Phoenix Point: Behemoth Edition, which marks the console debut of the hit strategy game and features the full game plus four major DLC expansions, including DLC 4.

DLC-4 introduces the deadly new Corruption effect, which can impact your soldiers’ will to fight. But a new allied unit – the Mutoid – can help counter this threat; a human-Pandoran hybrid immune to Corruption.

Mutoids’ abilities can be acquired from any class known to the player, allowing them to combine powers in new and exciting ways. But Mutoids cost Mutagens to produce, evolve with new abilities, and heal when wounded, adding an element of risk to their tactical advantages.

For the development team, bringing Phoenix Point to consoles meant redesigning the interface and control scheme to ensure that every action feels intuitive on controllers. Rather than simply mirror mouse controls, actions are assigned to specific buttons, and menus are broken into tabs accessible by controller triggers or with shoulder bumpers. In addition, an onscreen legend helps make sure players always know what actions they can and can’t perform at any given time.

Phoenix Point: Behemoth Edition features all major DLC released for the game up to and including DLC-4, as well as console-exclusive skins. The game will run at 1080|30 FPS on PlayStation®4 and Xbox One, but PlayStation®5 and Xbox Series X players will be able to experience the game at 4K|60 FPS, with a free upgrade to the next-generation version of the game coming after launch.

Phoenix Point: Year One Edition is currently available on PC via Steam, the Epic Games Store, the Microsoft Store, GOG.com and Google Stadia. PC players will be able to purchase DLC-4 for $4.99 on October 1.