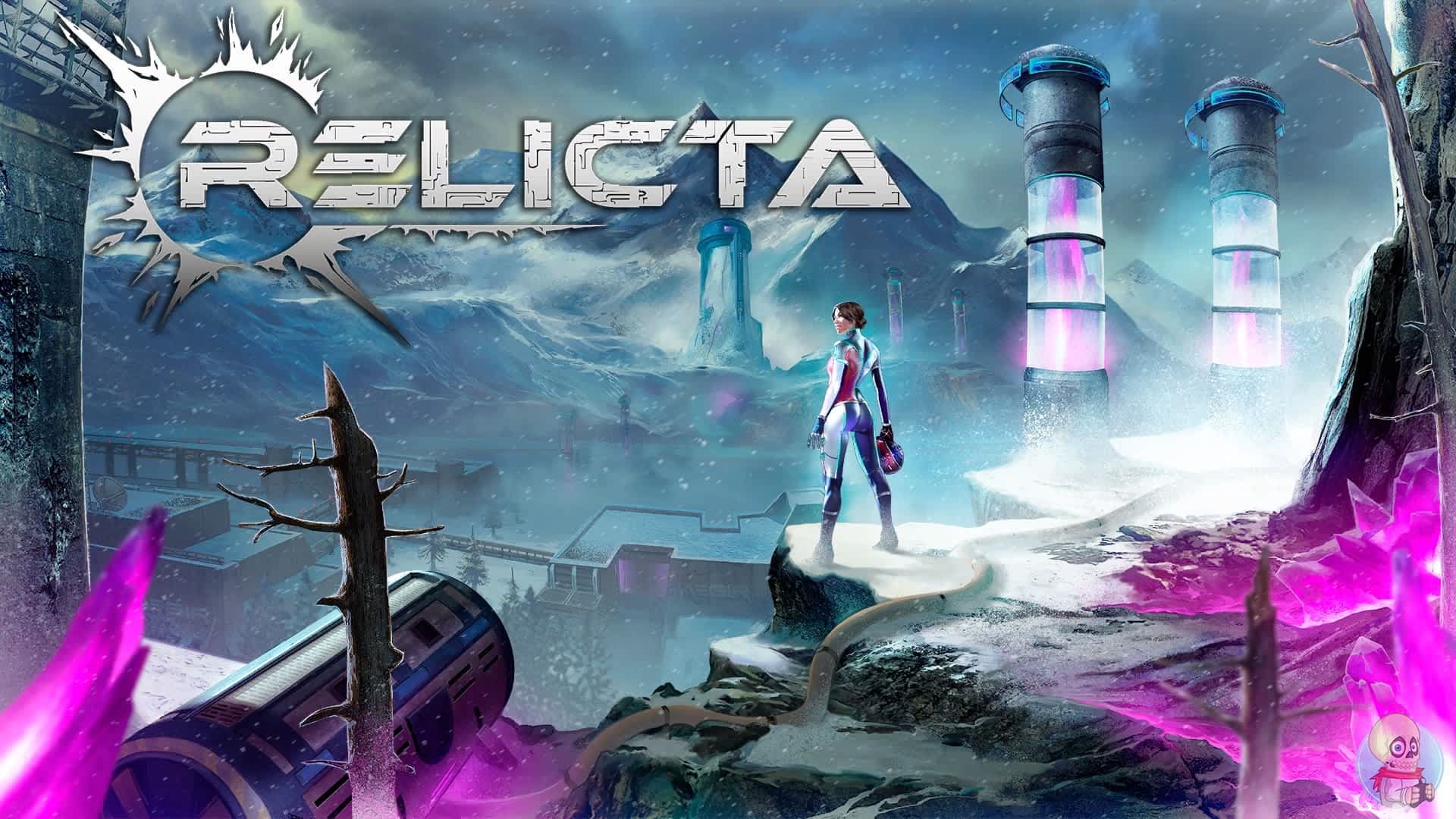 Mighty Polygon’s debut title Relicta is an intriguing physics-based puzzle that requires the player to solve their way through magnetic force fields and gravity puzzles. You are Dr Angelica Patel, a gifted lead physicist that is part of the team based on Chandra Base, a lunar lab that has revitalised parts of the moon into a viable planet for life. Patel is tasked with testing new gloves that allow her to manipulate gravity and magnetism. In the midst of these tests, something goes wrong, separating Patel from her fellow crew members, resulting in her launching a rescue mission and solve the mystery of what (or who) has been wreaking havoc.

The experiments that were used to test the gloves are still active in the middle of the crisis, so in a series of intricate, deceptively simple and sometimes utterly frustrating puzzles, you make your way across terrains and terraformed landscapes, revived by the science of a 100 years in the future. Reminiscent of Valve’s Portal games, the game has the player scrambling their brains to figure out the courses. Remember to look up, as well as around corners and behind walls, those cubes can be tucked away anywhere…

Forcefields with different conditions attached will force you to think differently in your efforts to solve the puzzles. Purple forcefields allow the player through, but not cubes; green is the opposite, and yellow fields block everything. The magnetic and anti-gravity functions of your gloves allow you to assign the cubes a pole, marked by the red and blue colours, and assign zero gravity to them; similar colours repel each other, and opposites attract – once you get the hang of it, you can get the cubes to do a number of different and cool functions, like riding the cubes upwards like elevators, using them as hover pads to cross to otherwise inaccessible areas, placing them down on plates to remove forcefields. The vast majority of the puzzles in Relicta are ever more complex variations of these mechanics, and while the player can carry individual cubes or place them on magnetic pads, they cannot be pushed around by the player, not even while floating in zero-gravity.

Smooth animations, futuristic environments and great level design gives Relicta a solid foundation, but it falls short with fine tuning in places; the puzzles, which are genuinely well designed and feel satisfying to solve, sometimes were only completed through sheer dumb luck. It can be frustrating too, when invisible walls are encountered where there shouldn’t really be, preventing experimentation and railroading the player into what feels like a single-solution-only approach, instead of coming up with their own ways on the fly. The lack of basic actions like crouching or climbing a ledge are also questionable, when a jump function is included.

Some efforts to solve what seemed to be straightforward puzzles were marred by not sending a cube into a forcefield at just the right angle, sending it careening off into the sky and out of reach of the gloves, requiring an entire level reset. Other scenarios, including sitting on top of a moving cube, are a delicate operation, with numerous falls and a stream of curses. The good doctor is all but invisible, aside from the gloved hands that sit on either side of the screen, so it’s an educated guess at times when it comes to standing securely on the cube.

The environments are nicely detailed and it’s refreshing to see wonderfully cultivated terrains after spending time in the labs, but it remains sparse; interactions with items are limited to only the odd collectible, mission critical computer screens, the environments outside are restricted behind invisible walls and many of the doors of Chandra base are locked permanently, making exploration restricted.

The story got off to a cracking start in the first few minutes, and really set up the game to follow on strong; however, the wind is taken out of its sails pretty quickly, and hours pass before there’s any recourse back to the events of the beginning. In addition to this, while the player is given some background information through dialogue, finding PDA documents and emails, it doesn’t give much. Patience is needed in order to start finding the threads of the mystery and figuring out what happened. A bizarre absence is that of a mini-map, especially when the main character has a PDA to reference mission logs and emails.

One of the game’s best attributes is the dialogue between team members, as Dr Patel traverses across the planet; great voice acting means that it’s witty and engaging, colouring the personas of the team that radio in every now and again. However, a setback that plagues it is dialogue that cuts off too fast. This isn’t an accidental button press problem either; a second playthrough of one of the early levels encounters the errors in the same spots. Subtitles enabled can skirt this somewhat, but it can be a little jarring when a jaunty banter between colleagues, or a voice filled with urgency, suddenly shifts to the next person speaking without warning. A small problem in the grand scheme of things, sure, but an important one to address.

Relicta is a good game, to be clear; it hits the right notes for a good mystery, the production value on aesthetic and voice acting is very high, and has a great story hook; the pacing of it, however, is fairly off, and combined with the sometimes janky physics, can make it drag in places; a little more polish could take it from good to great.