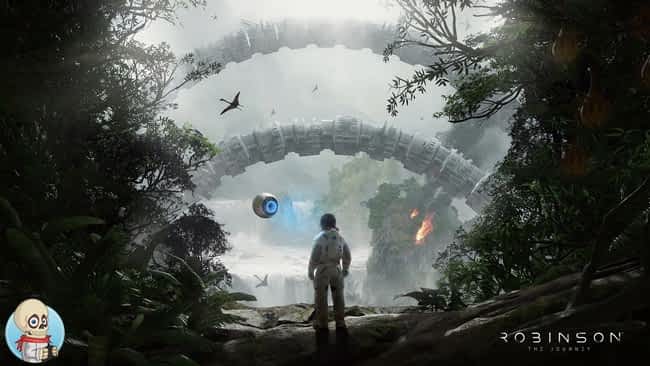 From the launch trailer you would be forgiven for thinking that this was going to be a spectacular survival adventure game, where you crash land on a strange planet and have to figure out how to survive by exploring the wondrous new surroundings rendered in spectacular detail.

The reality is much more boring and blurry, the game begins a few months after the crash, you have already established a base, you have a pet T-Rex, a farm growing food, and a hydro electric generator making power. You know, all the interesting stuff is done and has been skipped passed. 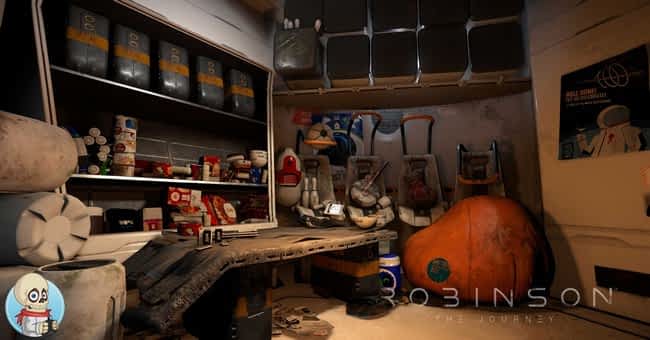 What you do end up doing is walking slowly around a number of locations looking for HIGS units (the floating orbs) to gather data about the doomed project to try and figure out what went wrong. Along the way you have to carry out some small maintenance jobs around the site. Once the initial disappointment evaporated I actually did really enjoy my time with the game. The puzzles while not difficult make good use of the tech, the whole game actually makes really good use of VR. 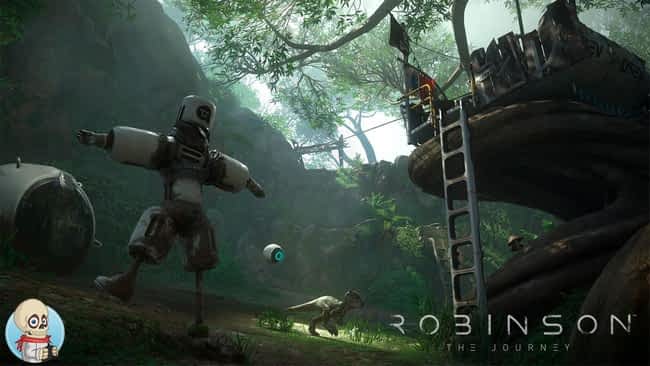 You might also be forgiven for thinking that this is controlled with the Move considering the striking resemblance your multi tool has to the Sony controller, but alas Move support didn’t make it for launch so you end up using the dual shock. While a little odd at first, but after a few minutes it feels perfectly fine.

For once however this isn’t a PSVR game where you are restricted to a cockpit, you are free to roam where you like. There is a considerable amount of exploring to be done, rocks to climb, puzzles to solve and creatures to collect data on. 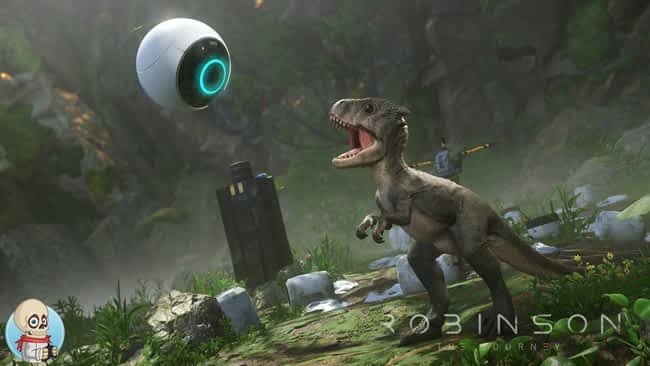 You can change the settings to allow free looking, which is my personal choice but be warned it did lead to some serious bouts of illness and dizziness while standing in the real world and walking in the VR world.

Set on a prehistoric world where you are surrounded by dinosaurs big and small it is actually a joy to just wander around and take in the sheer scale of some of the huge creatures. VR of course allowing you to get right in beside them. 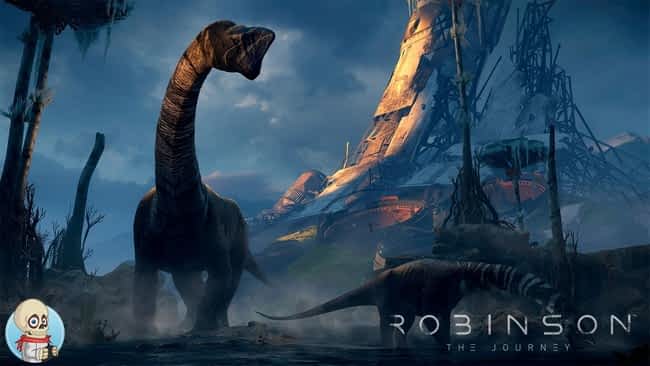 Overall: While the game itself was actually very enjoyable, I would find it hard to recommend Robinson as a full price €60 title. Running time is little over 5 hours with little replay-ability, and those few hours are often spaced out between slow walking sections to artificially extend the play time.

Visually it was also a disappointment, I’ve come to realize the trailers for PSVR games and the actual visuals in the headset are miles apart. Crytek have promised a boost with the PRO but for those of us stuck on a standard PS4 the visuals are frustratingly blurry. I had been expecting better things from a Cryengine game.