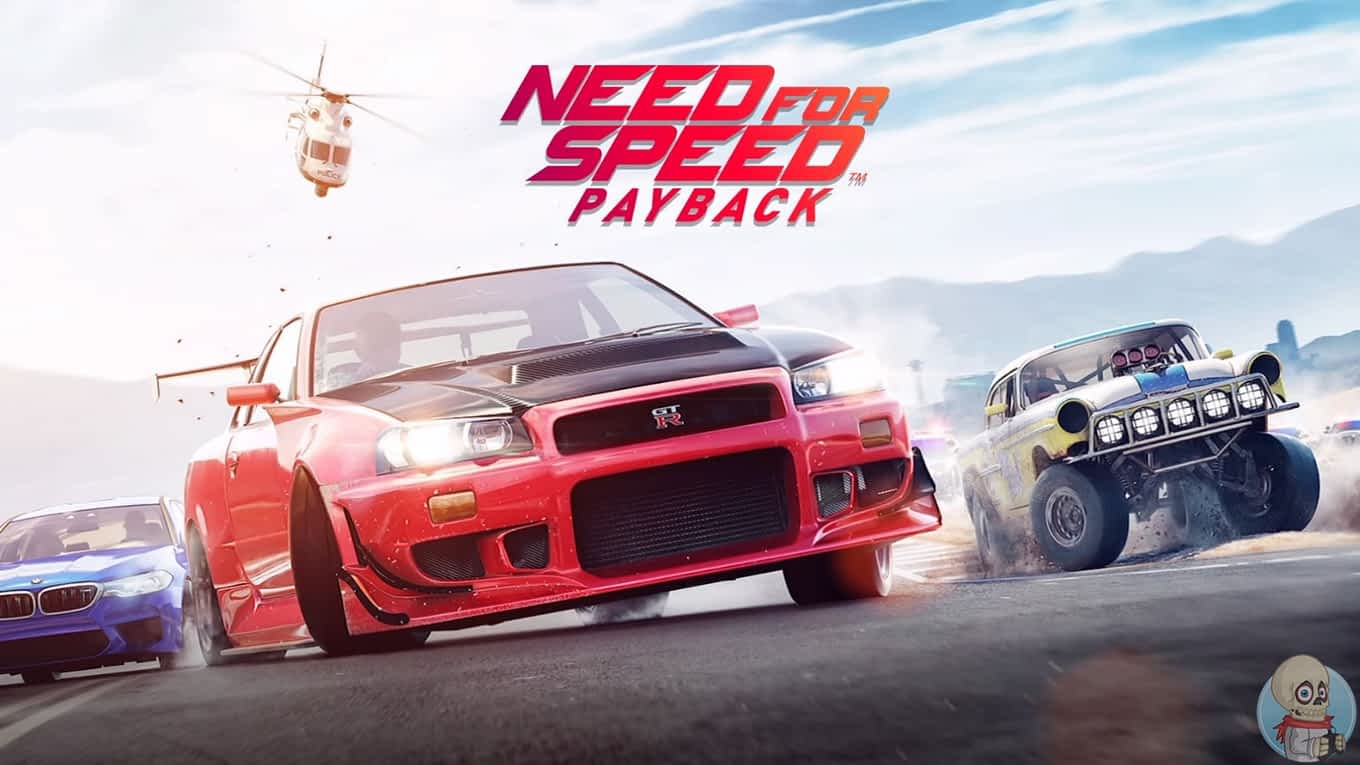 Having played through many of the previous titles of this franchise, one thing is for certain through them all – you’ll never quite get that decal in exactly the right spot on your rig.

Holding the impressive title of being the 23rd Need for Speed game that has been released to date, NFS: Payback revolves around the story of Taylor Morgan, an aspiring street racer, and his crew Sean McAllister and Jessica Miller; they reunite for revenge over a betrayal on a botched job to steal a prized Koenigsegg Regera. The original owner, Marcus Weir, a casino owner, decides to keep Morgan out of prison to work for him instead. Lina Navarro, our antagonist who was initially in on the plan, swipes the carpet from under the trio and robs the car for a powerful faction going by the moniker of “the House”. The House’s power is growing over the street racing scene, rigging races for their own benefit, and in some misguided notion of honour, Morgan has decided to also take down the House to free street racing from their clutches, while also stealing back the Regera that he stole in the first place, and return it to its original owner. Alright then. 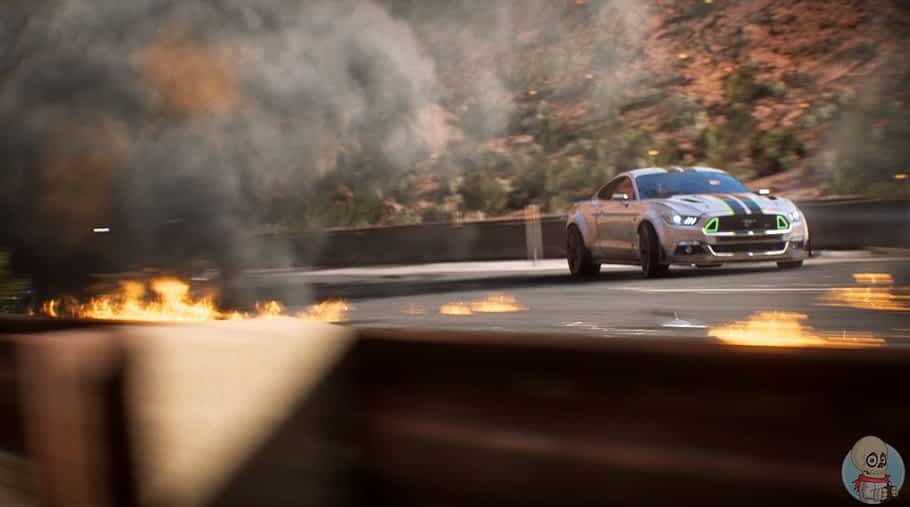 The entirety of the game reeks of a casino/gambling theme, and it runs with it throughout; the city itself, Fortune Valley, is loosely based around Las Vegas, including the sparse desert that surrounds it. The dialogue is also unflinchingly loaded with puns and analogies, with each of the main characters oozing in fighting talk and taunts that you’ll hear frequently, while driving around and in races. The car customization system uses a card mechanic (again with the gambling theme) to upgrade the performance and speed in the car. The list grows, and you’ll see more and more as you play.

There are five modes of play in this game, of which some cars you acquire will suit the race, and others not; for example, you won’t get on very well in an off-road race behind the wheel of a Honda S2000 versus a Subaru Impreza. Some cars can suit multiple race styles, which really cuts down on having to buy one for each mode, as well as dealing out the cash to upgrade them (sorry, that pun had to be used somewhere). 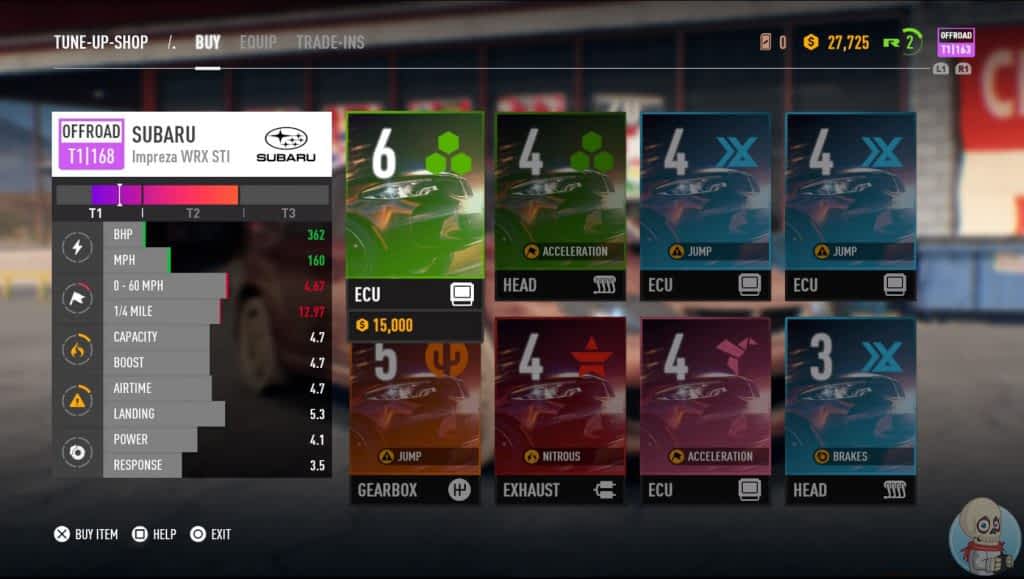 The car customization mode is a bit of hit and miss; the process of upgrading your car is a little too simple, and while the age rating of the game is aimed at a younger audience (following the trend of trading card-based games that litter the place nowadays) the gear heads among us would love to see a little more than a trading card mechanism for car upgrades. As you win races, three cards will appear on screen, of which you pick one; this will contain a random part for your car to install, sell for cash, store at the garage for future use, or enter it into a three-card lottery system, where you drop in three cards you don’t want anymore, in the hopes of getting a more powerful card for any of the six engine card slots. Live Tuning is fun to tinker with; you adjust the sliders while driving in real time to change how the car behaves – the handling, suspension and drifting capabilities, weight management and other attributes can be adjusted. Each car class has different tuning sliders associated with them, so you can change the gearing to suit drag races, or modify the weight balance to get the most out of your drifting rig. 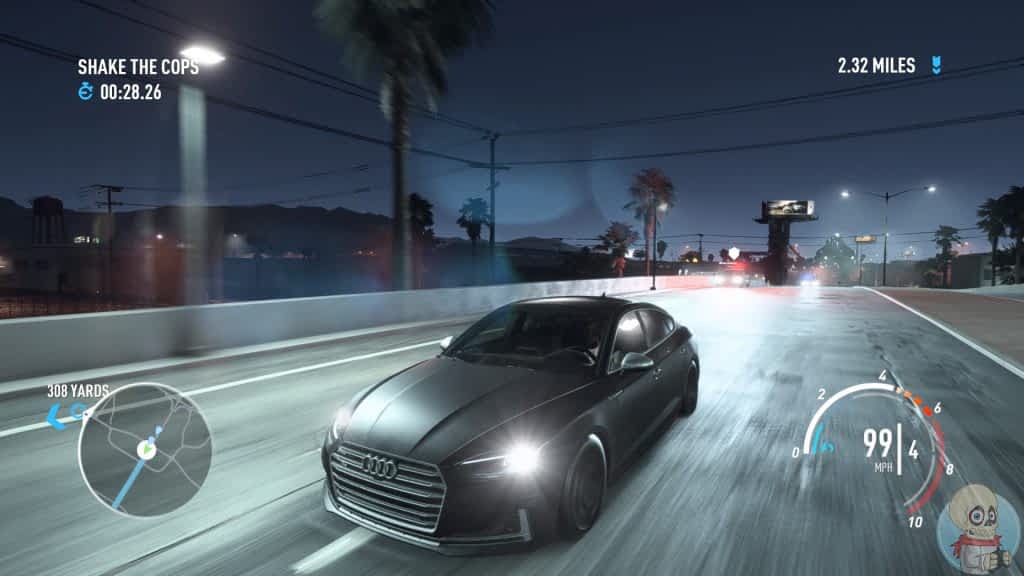 One saving grace of this game is that you’re not restricted to the cramped streets of the city – Fortune Valley is a massive sprawling desert, and with the right set of wheels, traversing it at top speeds can be a joy. Speed traps, speed runs, billboard smashes, jump ramps, spontaneous road racers, as well as the main storyline races and side races, give the player a ton of stuff to do and see; collectibles are sprawled across the map, including the insides of barns and behind houses in small suburban areas. Once you start exploring the map, icons of garages, car dealerships and events will appear on your map for you to revisit, especially helpful if you’re looking to get achievements. Garages are available to buy in several areas of the map to allow for free fast travel; you’ll need to spend cash to get somewhere fast if you haven’t one nearby. Beating faction leaders will give you clues to find parts for derelict cars, old wrecks that you can rebuild into superb vehicles that surpass any bought car in the game, of which there are 5 to find. 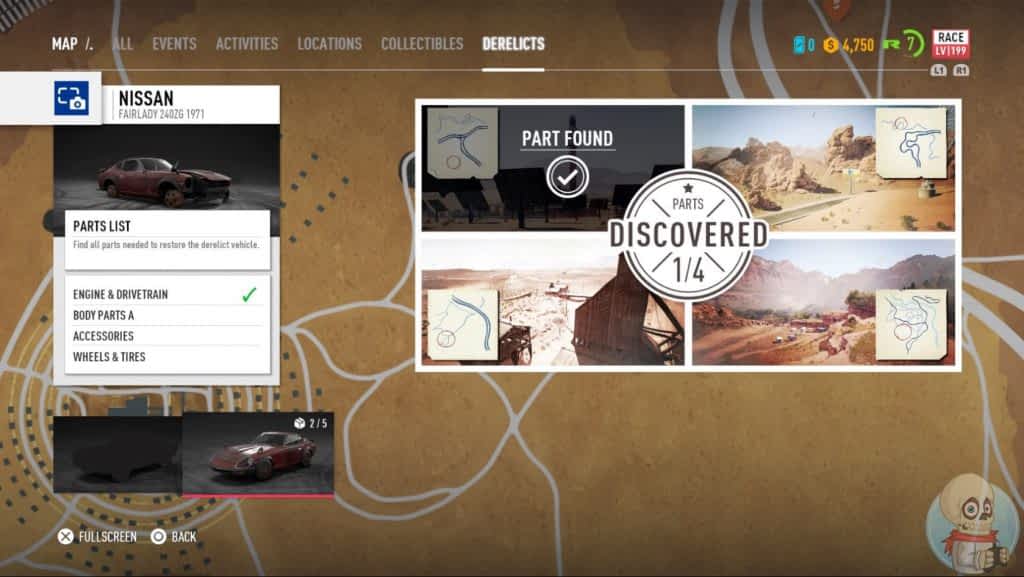 That’s not to say it’s all doom and gloom for Payback; far from it – aside from the typical “start from the bottom and work your way up” storyline with extra cheese, the race modes are challenging, the roster of 74 cars both look and sound amazing, the soundtrack has wide variation in genres, the environment is both a natural vista and a giant playground, and finally, it brings the best of previous games like Carbon, Hot Pursuit, Most Wanted and Rivals forward, into a multi-faceted racer with plenty to enjoy.