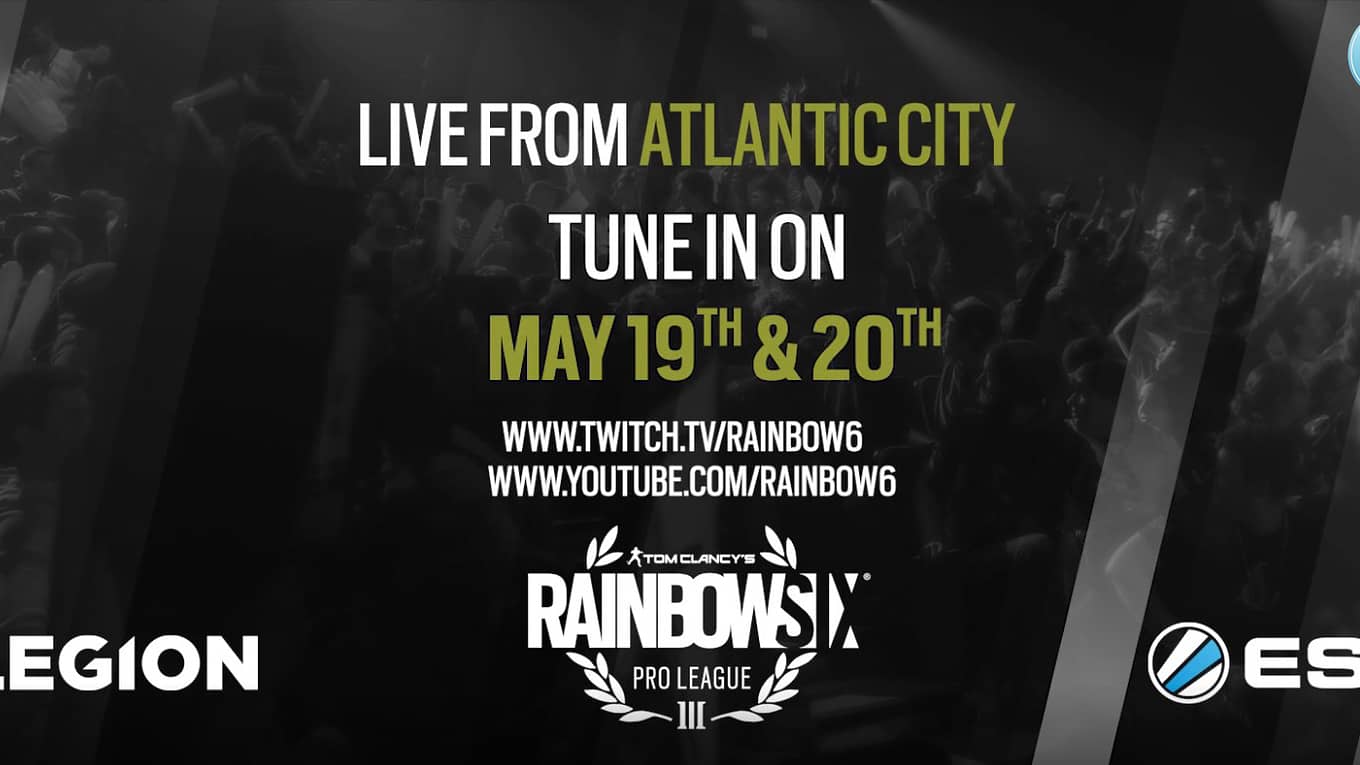 Ubisoft® has announced that the eight best Tom Clancy’s Rainbow Six® Pro League teams worldwide will compete in the Season 7 Finals, taking place at Harrah’s Resort Atlantic City Hotel & Casino on May 19th – 20th. These finals will include two teams from each of the four regions represented: Asia-Pacific, Europe, Latin America and, playing home, North America. Teams will compete for a total Season 7 prize pool of $275,000, bringing the total prize pool across all official Year 3 tournaments to $1,400,000.

Tune in May 19th and 20th at 4PM on https://twitter.com/R6ProLeague to follow the competition live. Sunday May 20th will feature eagerly anticipated panels unveiling more details on the Six Major Paris, including the Major’s qualification format (at 6.30PM), as well as on the game’s next update, Operation Para Bellum – this upcoming season will notably introduce the Pick & Ban system (at 9.30PM).

Among the teams qualified for the Season 7 Finals, a new prestigious name, FNATIC, will be competing. FNATIC first joined the Tom Clancy’s Rainbow Six Pro League last April by acquiring the Australian based roster Mindfreak. Find below the complete list of the eight teams competing in Atlantic City, based on the Quarter Finals seeding:

Quarter Final 1:
ROGUE: semi-finalist of the last Six Invitational, Rogue took revenge on their fellow North Americans, Evil Geniuses, to take the region’s first seed. They will be favorites against Nora-Rengo in this first Quarter Final of the event.
v.
NORA-RENGO: it was time for the first showing of Nora-Rengo in an international event. Representing Japan, they will have the tough challenge of taking down Rogue to move forward in the competition.

Quarter Final 2:
PENTA SPORTS: the European organisation is the clear favourite for these finals, as they won the last Six Invitational title alongside 3 Pro League champion titles. They will start right away with a rematch of the SI 2018 Finale!
v.
EVIL GENIUSES: the vice-world champion fell short in the North American finals against Rogue. This second seed position might be costly, as Canadian’s squad will have to face their grand rival PENTA right away in the Quarter Finals.

Quarter Final 3:
FAZE CLAN: despite a defeat in group-stage against Liquid, FaZe took their revenge in the Regional Finale, taking down their Brazilian opponents to obtain the first seed of the Latin-American region.
v.
MILLENIUM: the French organization is back on the international stage after 9 months of absence – falling only to PENTA in European Pro League Finale. They will have to take on the Brazilian giant FaZe Clan right away. A challenge!

Quarter Final 4:
FNATIC: the Australian squad went undefeated in the Asia-Pacific region and will now have to reassert their excellent performance achieved at the SI 2018, then under the Mindfreak’s name, with a prestigious new name to bear.
v.
TEAM LIQUID: After a disappointing Six Invitational, Team Liquid adjusted its roster and came back strongly in the Season 7 of the Pro league, securing a second seed slot in the Latin-America region.

Kicking off in early March 2018, Season 7 serves as the launch point for a third year of Tom Clancy’s Rainbow Six Pro League. It is a transition season, the last one following the previous three month-based format and paving the way for the new Pro League format, announced back in January. Each Year will now be comprised of two six-month long Pro League Seasons. A format that will begin with Season 8 in June 2018. Additional details on Years 2018-2020 Pro League format can be found here.

Check out the trailer for the event here: