September 11, 2012. Islamic Militants attack the US Diplomatic Outpost in Benghazi. A small team of CIA contractors attempt first to defend the Consulate, and then later themselves when their own compound is attacked. 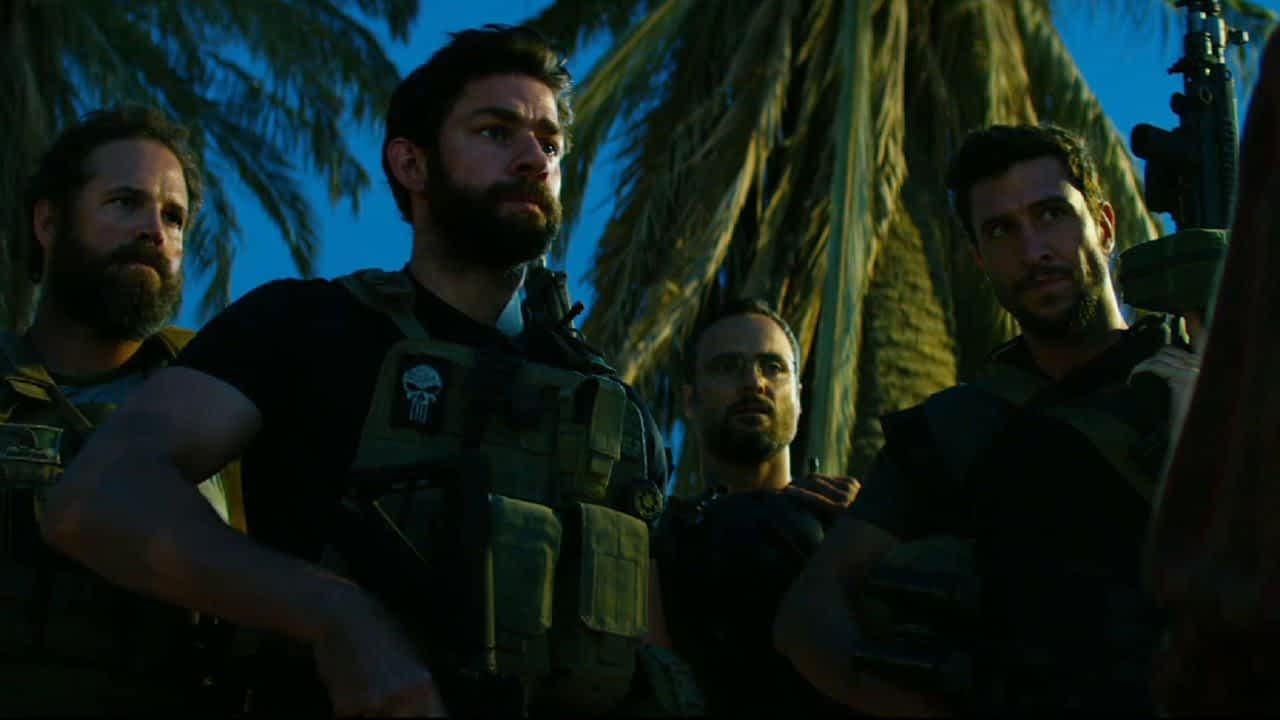 So let’s start off with the positives: Michael Bay has not made a film this good in years. Ever since Optimus Prime first rolled up on his front driveway, it has been incredibly difficult to defend the cinema of Michael Bay; marred as that franchise was by an immaturity and an undercurrent of ugliness which ranged from the casually lecherous to the downright racist, and which made you question why he was ever let near a franchise aimed at children.
In being entrusted with a film that focuses on a very recent American tragedy, one gets a sense here that Bay is putting aside those bad habits and acting on his very best behavior.

The movie looks glorious, and this is worth mentioning because it is something for which Bay is often not given due credit. He knows how to make a movie look striking.
Whether it be a slow motion shot of an American flag torn to shreds by gunfire, smoke bellowing under a doorway, or a character showered in the sparks from a nearby explosion, Bay has always had a feel for the brash and the beautiful.

However, in this positive, we also find a negative. Michael Bay can direct, this has always been true, but he is a director of surface, and seemingly incapable of interrogating his material. There have been several statements that this movie tries to avoid politics, and by God is that a fact.
If you are seeking any kind of investigation into exactly why this terrible thing happened on September 11, 2012, you will get no real insight here, barring some passing news footage regarding the film – “Innocence Of Muslims” – itself an overly simplistic explanation bandied about by the media following the event.

The movie is about as searching as a level of ‘Call of Duty’ (Bay even cheekily sneaks in one POV Shoot Em’ Up shot amidst the carnage) and is stripped of any kind of context to the point that it essentially resembles an old school Western, with the Americans cast as noble cowboys and the Islamic Militants cast as savage Indians. 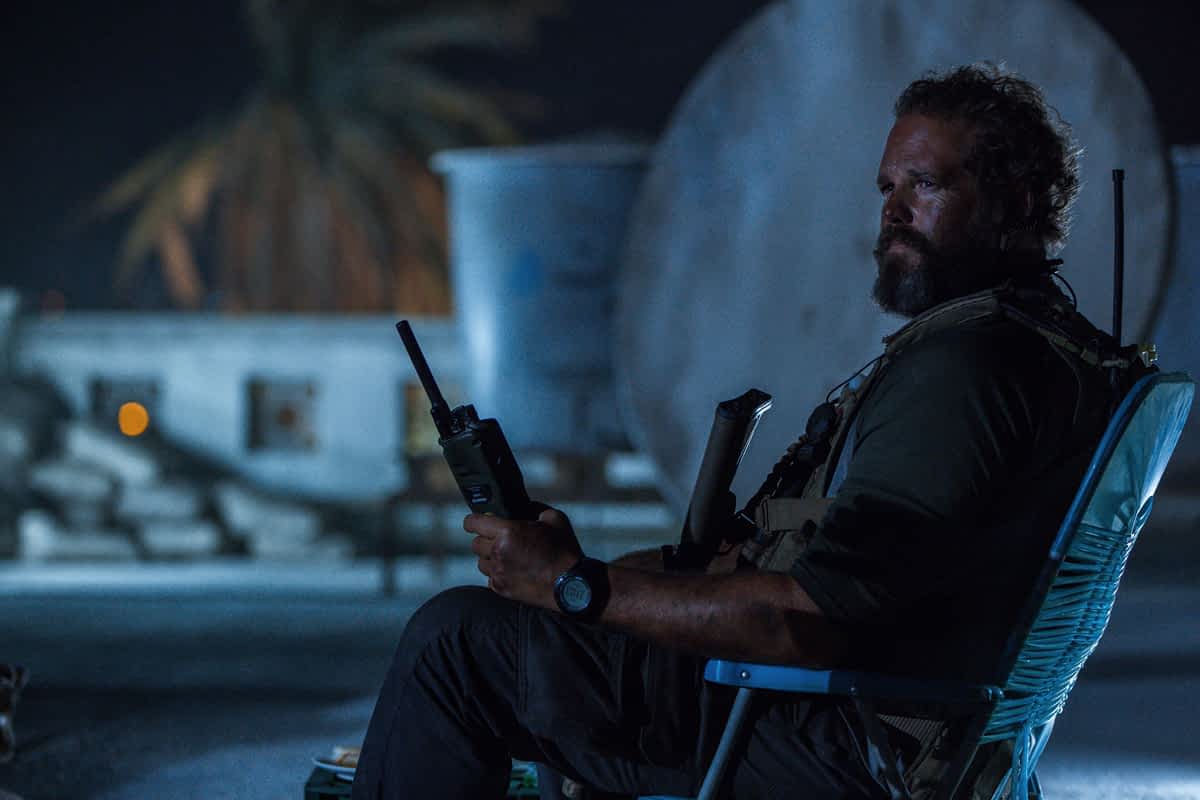 There will no doubt be criticisms leveled against this one-sided outlook, just as the same issues were taken against Ridley Scott’s 2001 film – Black Hawk Down – (the tone and look of which Bay is clearly trying to emulate here).
However it must be remembered that this is not a documentary or a seminar, but rather an American movie looking at an American tragedy, therefore the fact that it chooses to see things only from the American point of view is perhaps unfair to criticise. When you find yourself on one side of a firefight you tend not to think too much about the motives or feelings of those against you, therefore to expect a balanced approach to a film with such a clear focus would have been misguided.
The movie does not care about politics, or history, nor any pains on the other side of the conflict, but it does care about these ‘Secret Soldiers,’ and this is something that we have not seen from Michael Bay in a very long time…

…He cares about his main characters!

This leads us to another thing for which Bay has never been duly credited: his knack for casting.
Just as neither Will Smith or Nicholas Cage were known as action stars when they appeared in Bad Boys or The Rock respectively, no one would ever really have thought of John Krasinski as being a suitable actor as the lead in a combat movie.
And yet, he fills the roll of Jack Silva remarkably well, playing a man who fears he will “die in a place he didn’t need to be, and a battle he doesn’t understand,” (thus giving the closest thing to commentary on America’s place in this mess).
Orange is the New Black star Pablo Schreiber, meanwhile, is a standout in his role as Kris ‘Tanto’ Paronto. 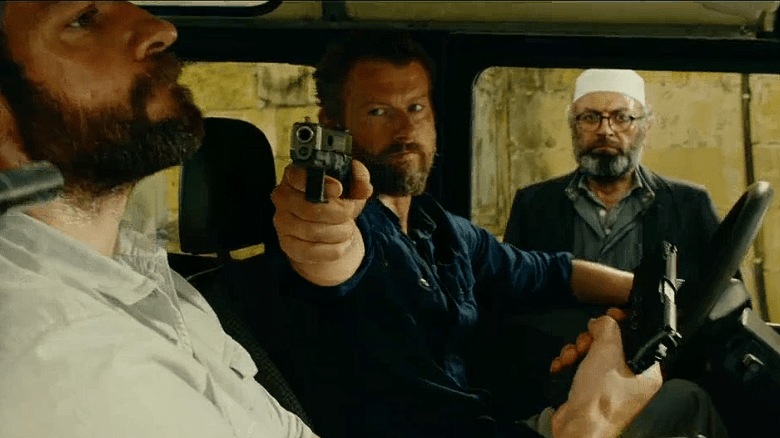 The entire film seems to have been constructed as a tribute to these men, and we cannot deny it that. One elegant scene before the carnage begins to unfold shows the soldiers engaging in Skype conversations with their families back home. It is an uncharacteristically tender moment which lingers over the horrors that follow, and shows a level of empathy which Michael Bay has seemed incapable of for the past ten years.

And while it may still be tempting to wonder what a Paul Greengrass or a Kathryn Bigelow might have made of this subject matter, there is no sense in reviewing the film that didn’t get made.
What we have here is not only a return to, but also a substantial improvement on the Michael Bay form; one which suggests that the man who just wants to blow shit up, might finally be growing up. 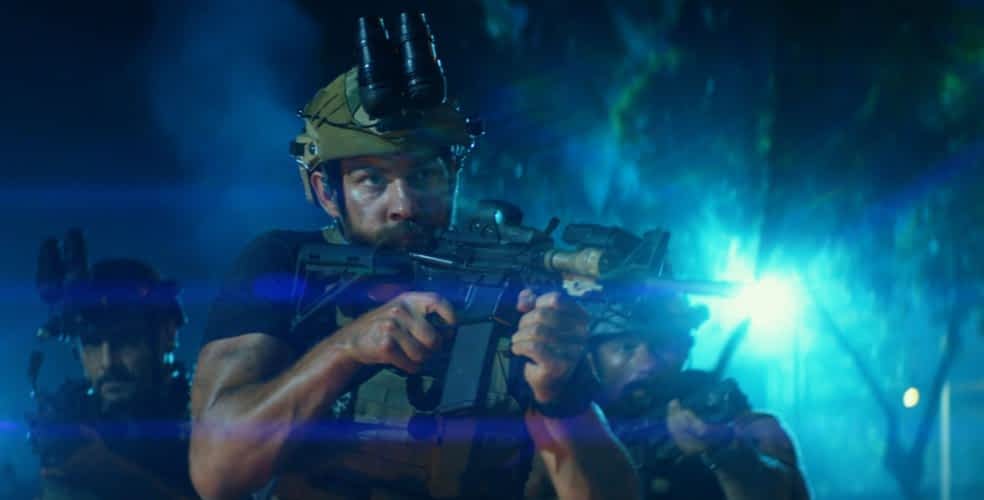 A shame then that his next movie looks set to be Transformers 5.