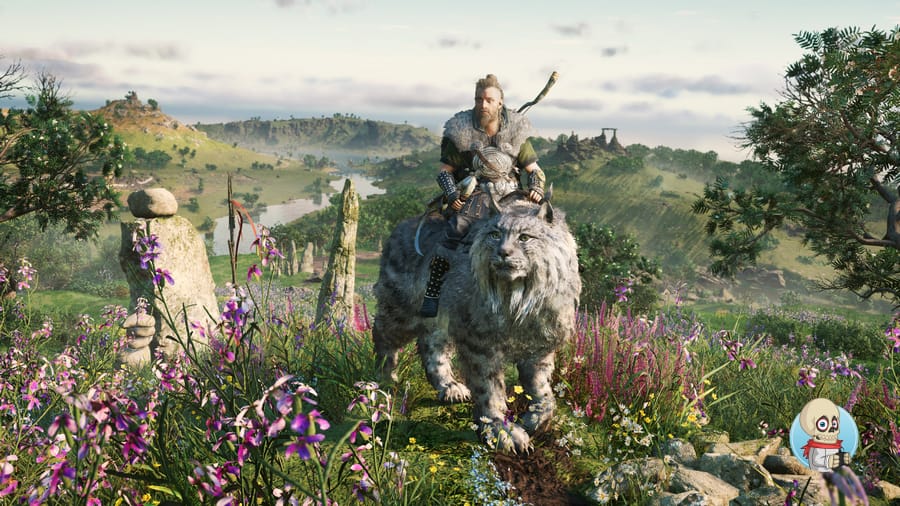 Ubisoft launches its first big DLC for Valhalla. This stand-alone adventure takes Eivor to the shores of Ireland and introduces a new trading system, a new enemy and lots of new cosmetics.

Once you own the Wrath of the Druids, you are pretty much free to visit Ireland at any point during your main campaign. So don’t worry, you don’t need to finish the 60+ hours of gameplay in the main storyline. (Note: You do have to have cleared the opening section and have landed in England to unlock Ireland.

For a country with such a rich catalogue of stories and mythical creatures, it is surprising that more games have not been set in Ireland. Yes, there has been a few over the years, but it is fair to say this is the first big-budget representation of our little green isle.

There is always a worry when it comes to seeing Ireland portrayed on screen as there is the risk of it being cringe-inducing when it goes wrong. But thankfully in the hands of Ubisoft, who have a reverence for accurate portrayals of people, cultures and locations, this is pretty much spot on. Mind you, I wasn’t around in Viking times to confirm that!

With Munster excluded, the other three provinces of Ireland are left open to explore, with the main city being Dublin. As a Viking trading hub, Dublin seems a perfect fit to introduce a new trading system to the game. Here you can trade contracts for resources. Setting up trade posts will allow you to passively boost the resources.

This system has you regularly returning to the city to cash in. As you upgrade Dublin you set up trade routes beyond the country. Unlocking other Assassins Creed locations from which you can get some additional cosmetics.

The majority of the gameplay is the same as Valhalla’s. With the brutal combat and horseback adventuring. What sets it apart is the completely new fresh storyline. It is a stand-alone story so don’t worry about playing this before you finish off the main quest.

Eivor has landed in Ireland to help her cousin Barid (who has been given the title King of Dublin) with an uneasy alliance between the Vikings settlements and the other Kings of Ireland. You have to do a bunch of missions to help smooth the political unrest.

On top of that, you have to hunt down The Children of Danu. A mysterious group of Druids have conjured up a hallucinogenic gas that brings you into their underworld. Here you will come up against much bigger and stronger enemies in the form of The Púca. The Púca, in Irish folklore, is a fairy that can shapeshift into different animals. We would normally associate it with shifting into a horse or a goat, but here it is a werewolf.

Overall: Wrath of the Druids is a very enjoyable addition to the main game, and I loved seeing Ireland represented so well with careful attention to detail. The Irish setting isn’t just the usual backdrop with bad accents.

Wrath of the Druids is a great addition but it is its own stand-alone adventure too. The addition of some very Irish elements includes my own favourite Irish wolfhound.

If you want more Eivor, more Assassin’s Creed Valhalla, and a great new setting? Then you are on to a winner here.