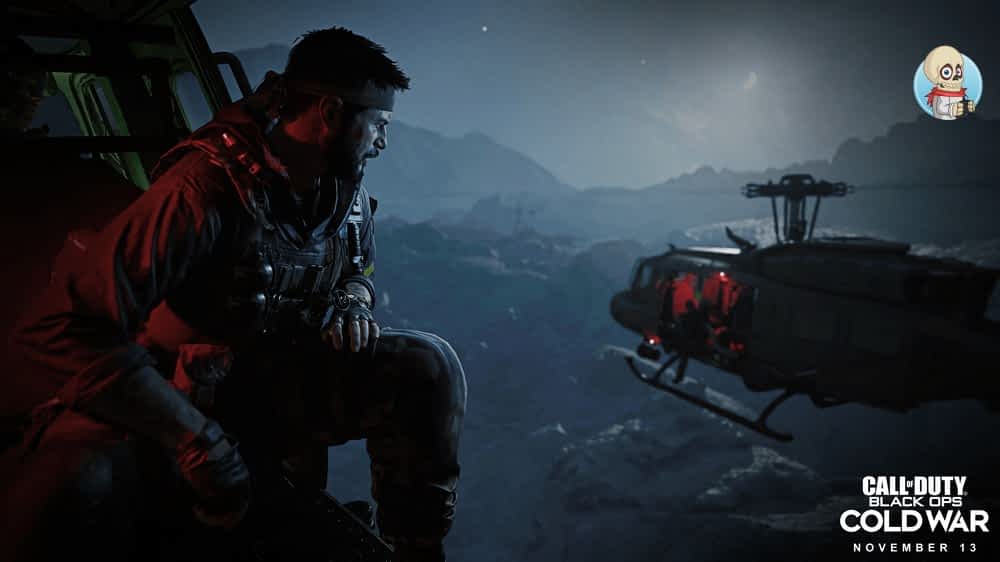 Note: Activision were able to provide us with a Review Code on Xbox Series X to help with this review. The main review was carried out on an Xbox Series X. There are some extras that are specific to the PS5 version (Adaptive Triggers and an exclusive Zombies Co-Op mode) that are really great additions that are not in this review. Hopefully, when we get a PS5 version we can update it.

Call of Duty: Black Ops: Cold War is in reality four very separate experiences rolled into one impressive package. Each mode is able to stand on its own, and offer enough variety in the gameplay to keep everyone happy. Even though each mode can be seen as its own thing, they are all connected through the Unified Progression system.

Introduced in Modern Warfare the Progression system allows you to rank up weapons, unlock attachments and level up your character across all modes. Which, for the first time is also included in Zombies where you can start with a preset loadout.

The campaign is normally where I start. I do love a good tight shooter, that is over the top and silly, and I can blast through in about six hours. This however caught me a little off guard with how un “Call of Duty” it was.

Set during the 1980s at the height of the Cold War (obviously) we see lots of 80s’ nostalgia. From the old technology (CRT TVs and Phone boxes) to characters that constantly smoke, along with all the fashion, style and music of the time.

You play as “Belle” a code name for your character. Interestingly as you design your character at the start you can change a lot. The usual choices for gender and appearance are available, but you also get to build your psychological profile.

Essentially you pick a number of traits that give you different perks in the game, It’s not a million miles off the multiplayer perks. For example, if you chose to be paranoid you get a boost to aiming speed. If you have violent tendencies then you do 25% more bullet damage.

It is a nice touch that sets up how Treyarch want to approach the solo mode. By giving you much more choice than you were perhaps expecting.

The story is built around a spy named Perseus. A real-life rumour (it is not clear if Perseus actually existed) about a Russian spy who had infiltrated the Manhattan Project. Cold War leans into this rumour and builds it out even further.

At the start you are told that Perseus had first appeared in the 40s, then again he reemerged in the 60s (during Vietnam) and now in the 80s, he has resurfaced once more.

Each time he comes out of hiding he is responsible for toppling governments, shifting the balance of the Cold War. Based on intelligence gathered by your team, he has emerged once more.

This is obviously seen as a major threat to the US and your Black Ops team, under the instruction from President Regan, are given the mission to stop him.

Some of the key differences between this campaign and others in recent years is the amount of time spent not shooting. The result is a storyline that is much more engaging and characters that feel more like people.

From the start, you are given much more choice. Based out of your Safe House, you are given time to talk to your team. Conversations have multiple paths. Here you can also decide on which mission to play. You can tackle missions in any order you want, you can take on the main story line or buff it out with side missions.

Here is where you will also review the evidence you gathered on the missions. This “evidence” is a new take on your standard collectables. Instead of finding random items like brief cases or coins, that offer nothing other than a reason to replay a mission for completionist. This is evidence your team can use in other missions.

Combat is great, it is the usual pop and shoot formula but it is lots of fun. There is less of a focus on the gadgets and more on the pure shooting mechanics.

The mission types are nicely spread out between your standard all-out firefights, stealth missions where you sneak around and might not shoot a gun at all, to the larger vehicles ones. The Helicopter mission being pretty great.

For a Call of Duty campaign, this might be the one with the least amount of shooting. But it is better because of it. The moments in the safe house with your team, the evidence collecting, the mission options and the branching chat options all go a long way to keeping you locked into the story. This feels more like a detective story than a military shooter.

It was a refreshing take and one I hope they stick with in future years.

With only 8 maps and limited game modes, multiplayer is perhaps the most disappointing part of the Cold War package. Having spent so much time in Warzone I have become much more familiar with the longer time to kill offered by the armour plates and the extra space that allows you to have an adventure.

Even with the increased time to kill this year in multiplayer, it is still a meat grinder. Within minutes of starting a game I’ve died multiple times, it is so common that dying losing all meaning. Players will actively run headfirst into an ambush as there is little consequence to playing this way.

This is most evident in modes like escort, where you have to protect one player. It is hard to co-ordinate online players anyway, Call of Duty players are even harder. Every match I played, my team was dead in seconds and the game was over. I appreciate the effort to bring tactical mode into the rotation but it needs a bit of a balance. Perhaps the defending team should get an armour buff so they are a bit harder to kill and the attackers would have to co-ordinate more to make the overall experience more rewarding.

The larger modes try to offer something a bit different from the deathmatches. The new Dirty bomb mode being a reworking of Plunder. Where teams fight to collect uranium and try to set off bombs to progress up a leaderboard.

In the end when I look at Multiplayer and I have Zombies or Warzone available. I find it very hard to spend much time in the frustrating experience of multiplayer when I could be having fun elsewhere.

But this is very much my personal preference rather and I know millions of players love it this way. Thankfully game offers enough choice to keep us all happy.

Despite launching with just one map and without couch split-screen CO-OP. Zombies mode is still the most fun. The single map is a re-imagined version of the original Zombies map which is a nice touch.

It is huge and follows the same flow of being slowly opened up through unlocking doors, turning on power and trigger portals. The level design offers different areas that are very unique even within a single map.

You can bring a pre-made loadout in with you at the start that can be ranked up through play. You can also find other guns in the game.

Keep an eye on the rarity of the gun, as rarer weapons offer more attachments, more bullets and stopping power. As the game ramps up, and Zombies get harder to kill (taking a full clip each), you need the higher level weapons to stand a chance.

You can also grab the old favorites power ups that are in vending machines around the map to boost health, speed or grant a special power.

The big change is the introduction of Exfiltration. At round ten, you can call in a helicopter to rescue you and get out with bigger rewards than if you died. Much like in The Division thing get hectic when you need to go.

If you don’t make it out in time, you will have to wait for another five rounds before you can try again. Considering how difficult Zombies get each round this is a good option for new players until you have ranked up a bit and want to face the later rounds.

There is also a Twin-Stick top-down arcade mode that seems a bit pointless. It was cool for the first 3 rounds, but by round 5 it had already lost its appeal and once we lost we vowed to never play it again.

Warzone is the Free to Play battle Royal mode that has been around for over a year now. While not part of Cold War it can be accessed through the Cold War menu.

So far, despite lots of easter eggs pointing to the cross over, there hasn’t been any significant update to the map. Warzone still uses the one single existing map.

The increased time to kill offered, the open spaces that let you have an adventure with your friends, the fact that dying matters, all adds to the overall gameplay loop that keeps players coming back for more and more a year later.

Black Ops Cold War is a great addition to the series, Between the Zombies mode and the Single player campaign it is worth the price alone.

Multiplayer is a bit of a letdown (for me). I would have liked to see Treyarch move the gameplay a bit more in line with the way Warzone offers so much choice to how you play.

But this would be a tough ask when you consider how locked in Call of Duty fans are to the Run and Gun fast gameplay. Ultimately what you get this year is just more of the same.

At the end of the day Cold War is a good value package. There is a significant difference between all the modes that they all feel like they are separate games. I think there is something in it for all play styles to enjoy.