Dr. Bennet Omalu (Will Smith) is an accomplished pathologist who, after examining the body of a former American football player, finds himself standing against the NFL as he attempts to expose the threat of brain damage in players who have received multiple concussions while playing the game.

It’s a terrible thing to find yourself disliking a movie which seems to have the very best of intentions. I like to think that it is possible to forgive a film any amount of flaws if it is evident that it has a good heart.
Throughout ‘Concussion’, I could feel myself struggling to like the movie for precisely the reasons I have just stated, and failing to do so. It seemed to have a good heart, but beneath the surface of its incredibly earnest and honourable sheen, something sinister was lurking. Something that had only one thing to say:

This problem extends both to the film and to its leading man, the two being inextricably intertwined here, because this is an actor’s movie through and through. And to be fair to Will Smith, the man tries his damnedest to make the film work, putting in a central performance that the movie, frankly, does not deserve.
His opening scene alone, where Omalu is asked to simply identify himself while giving evidence in a murder trial, but gets bogged down in a summation of his own resume, is a master-class in screen acting. It hints at a very interesting, somewhat overly proud character which Smith might have formed had the script not demanded he put away all of that nuance in favour of delivering an endless deluge of “Oscar clip” moments.
This, in essence, is the main problem with the film. 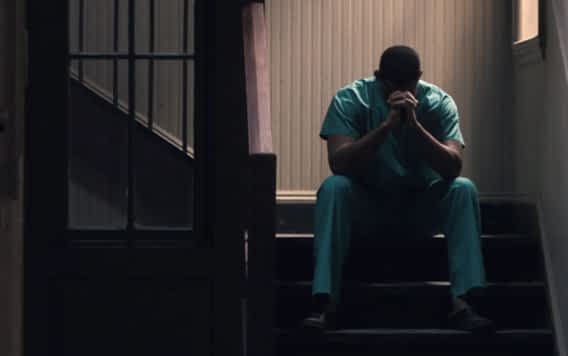 Despite Smith’s best efforts to make the character seem real, the movie does not provide us with a human being, but rather a Saint. An incredibly honorable and selfless man who talks to his deceased patients, and preforms autopsies while bathed in heavenly glowing light (Seriously, at least twice this happens).
And while the film clearly aims to be in the same league as Michael Mann’s The Insider or Steven Soderbergh’s Erin Brockovich, those were films that offered us real, grounded, often stubborn central characters, whom you could truly believe would take on the might of a major organisation.

In “Concussion”, it never feels believable that Omalu, honourable as he is, would take on this fight, and that is a major problem. He feels too passive. Too at peace to allow this disruption into his life.

However, in spite of all this, the movie is not without grace notes. Smith is ably supported by a very strong cast. Albert Brooks and Alec Baldwin are obvious standouts, the former both supportive while also attempting to warn Omalu of the dangers of taking on the NFL (“They own a day of the week. The same day the Church used to own. Now it’s theirs.”).
And the latter, Baldwin, playing a man who actually has a far more interesting journey than the one we follow with Smith’s Omalu. A former doctor with the NFL, his is a character whom you feel carries a burden of guilt, and something for which he wishes redemption; a struggle that is by far the closest thing to compelling that the film has to offer. 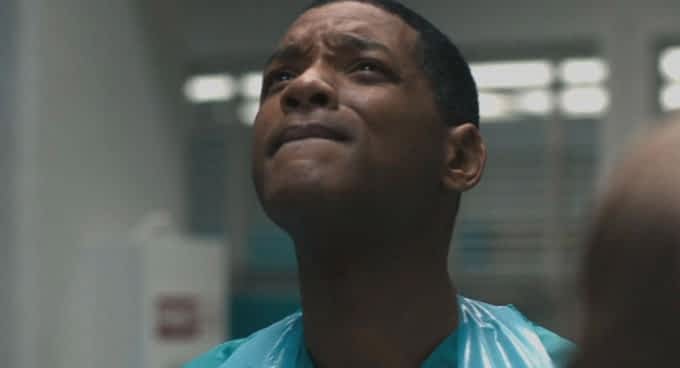 More than anything else, the real problem with the movie is that it has no conviction. It clearly wants to deliver a strong message, but it either has nothing to say, or, far more likely, it is just too afraid to say it. As a result, what might have been a daring and provocative examination into a nation’s favourite sport is destined to be remembered as the Oscar movie that wasn’t even nominated.