It is almost impressive that director Nikolaj Arcel can use seven books worth of source material to create an hour and a half long film with very little plot or character development. 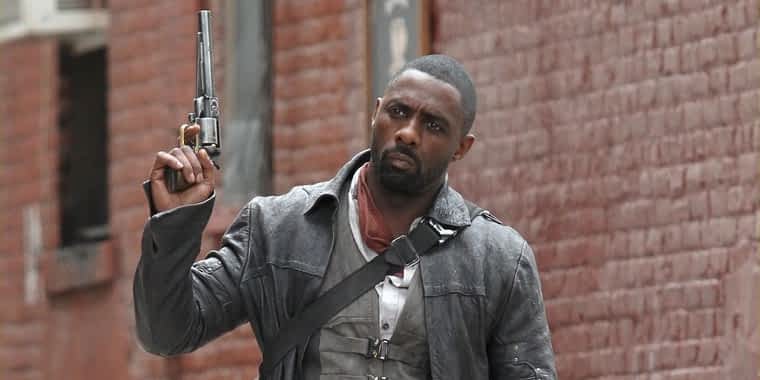 Jake Chambers (Tom Taylor) is plagued by nightmares about Walter, The Man in Black (Matthew McConaughey). Walter is determined to destroy The Dark Tower, which holds the universe together. Idris Elba plays Roland, the last Gunslinger, who has turned away from his duty to protect the tower to seek revenge on The Man in Black for killing his father.  Jake realises that his dreams are real and together he and Roland must defeat Walter to save the universe and avenge Roland’s family.

Both the Man in Black and the Gunslinger are thinly sketched characters. While Elba displays his talent by managing to give a strong performance despite having very little to work with, McConaughey’s villain does not exude malice so much as sleaze. There are so many possible interesting plot points that the film could have delved into – Where does the Man in Black come from? Why does he want to destroy the universe? Why does he act like a smarmy guy in a club who stands just that little bit too close to you? (It’s called personal space people). Why is Roland the only person immune to his powers? – yet they all go unexplored. In keeping with 2017’s fascination with mediocre King Arthur tales (Guy Ritchie’s King Arthur and Transformers: The Last Knight both utilised Arthurian Legend) The Dark Tower makes a brief throwaway comment that Roland’s gun is made from Excalibur. Is Roland supposed to be a morally conflicted King Arthur, torn between duty and vengeance? The film gives us no answers, or to be honest, any reason to care. Jake is arguably supposed to be the character that we identify with and though the opening scenes give us hope of a plucky adolescent coming of age fantasy tale, he gives us little motivation to root for him. Roland is marginally more nuanced than Walter and Jake, however he is mostly defined by his title of The Gunslinger and venerated for his ability to shoot.

This is one of the most problematic aspects of The Dark Tower. I left the screening with the uncomfortable sensation that I had watched a ninety-five minute advert glorifying guns. Jake’s proclamation that ‘You’re going to like Earth. A lot.’ when Roland enquires about the availability of ammunition elicited a dark, knowing chuckle from several in the audience, a grim acknowledgment of our current turbulent global politics. Another problematic scene consists of Roland teaching Jake how to shoot to clear his mind after an emotional trauma. Rather than discuss his emotions, or, you know, give him a hug, they turn to guns, further reinforcing the dangerous stereotype that men should internalise their pain, or that it is only acceptable to release it through violent, aggressive means. The final part of the gunslinger’s creed, a refrain repeated multiple times throughout the film, tells us that ‘I do not kill with my gun. I kill with my heart’, serving only further to enhance the air of righteousness that accompanies shooting in this film. 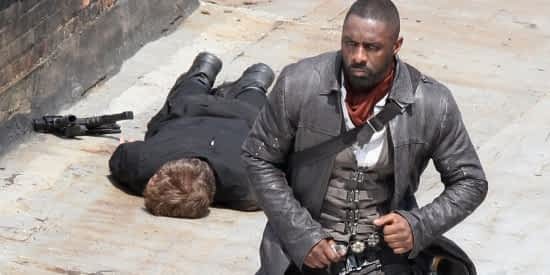 Nuanced representations of gender are thin on the ground in The Dark Tower. There are very few female characters, and those exist solely to further the heroes’ journeys. Needless to say, it fails the Bechdel test spectacularly. The limited attempts at humour fall flat, including one incident of what is essentially slut shaming presented for laughs.

The Dark Tower reeks of squandered potential. The strong cast is wasted, and the interesting premise is feebly brought to life. The action sequences are well choreographed and the special effects are impressive, but this is not enough to save the threadbare plot and weak script.