If there’s one film genre that doesn’t get enough recognition, it’s Horror.

Rarely recognised for its contribution to film, and even then often only in hindsight, the horror genre still draws incredible numbers to theatres on a regular basis. Critics rarely afford these films the recognition they deserve, labelling them as ‘base entertainment’ or ‘schlock’.

Horror fans answer to such a statement is simply to point at film posters for Psycho, The Shining, Scream, The Babbadook most recently, Under the Shadow.

One establishment that recognises the contributions that horror has made over the years, however, is the Dublin Film Festival.
Now in its 14th year, and its second sponsored by Audi, 2017 boasts an impressive line-up of films. Some classic, some upcoming and some which might not receive a commercial release in Ireland, the festival is an excellent time to dive into some obscure, weird and wonderful classics of cinema.

Every year boasts an impressive selection of horror films and this year is no exception.
Here’s a rundown of all horror (or horror-ish) films that you can catch at the festival this year:

Not conforming to any known horror tropes, it still isn’t clear what genre, if any, Hema Hema actually belongs to. Helmed by Hong Kong director Khyentse Norbu, it tells the story of a gathering that takes place in the forests of Bhutan every twelve years, where attendees enjoy complete anonymity.

Visually stunning to look at, the trailer nonetheless hints at some dark, violent undercurrents running through the film. Comparing it to a recent Hollywood blockbuster, it doesn’t seem too far removed from The Purge in concept.
Whether or not it will submit to this grim tone remains to be seen.

Following in the footsteps of The Blair Witch Project, with traces of The Shining in this writer’s opinion, Without Name  is an Irish horror film that should strike a nerve with modern audiences. Viewed from the perspective of a land surveyor, Eric wanders the landscape with the unshakeable feeling that something ancient is watching him. Is it in his mind, or is the land actually fighting back against modernity?

While there have been many similar Irish horror films in this vein (2015’s underwhelming The Hallow comes to mind), acclaimed short film director Lorcan Finegan has already proven himself adept with this sort of tale. His 2012 short film, Foxes, had a similar tone and exhibits a deft hand in raising tension. Whether this ability can be successfully applied to a feature length film remains to be seen.

A blatant throwback to the Technicolor spectacles produced by Hammer horror in the 1950s and 60s, The Love Witch boasts an incredibly unique style with modern sensibilities. With red blood splashed vibrantly across the screen, it uses the format of classic horror to explore female narcissism and gender politics. While far from hardcore, the value of The Love Witch lies in the way it pays homage to Hammer films like She and The Witches. We see how far the genre has come and thus appreciate its evolution. This has the double value of emphasizing dated horror tropes for comedic effect.

What may very well be the horror highlight of the festival, Nails has an air of tangible dread surrounding it. Telling the story of a recovering car crash victim, the movie revolves around Dana Milgrom (Shauna McDonald from The Descent) who is almost completely paralysed in a hospital ward. As though this weren’t horrific enough, the ward appears to be haunted by ghostly, vicious presence…

A neat little spin on the standard ghost story, this Irish feature takes the horror of not being in control of your own body (much like The Exorcist), and adding the terror of supernatural demons to the mix. Openly appealing to all horror fans, this smart fright-fest could very easily be a hit.

The world is a crazy place and sometimes your only choice is to go a little crazy with it. This appears to be the philosophy behind this dark, German-produced feature. It features Ania, a reclusive young woman who encounters a wild wolf one night on her walk home. Locking eyes, the pair become mysteriously linked. 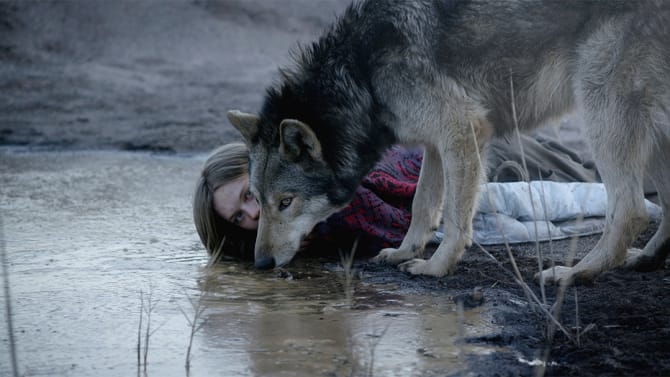 Werewolf films from the early 20th century were traditionally associated with repressed sexual frustration and, quite pointedly, male. It’s interesting then how, between this, Ginger Snaps and 2015’s When Animals Dream, it’s interesting how the trend is shifting towards the fairer sex…

There is more of a little of Swedish vampire film Let the Right One In in the DNA of The Transfiguration. Transporting the action from the desolate streets of Stockholm to a bustling suburb in Queens, we once again follow a bullied young man as he attempts to escape his reality, with the help of a mysterious new neighbour.

While it remains to be seen how the film deals with race (or if it will at all), the vampire myth has always been informed in equal parts by passion and violence. How this translates into this particular tale should be very interesting in our current climate.

When an actor can get by on star power alone, they sometimes stop striving for brilliance. While that might once have been said of Kirsten Stewart, who could probably retire on her ‘Twilight’ paycheques, she has something to prove here. Reuniting with Oliver Assayas, who directed her in The Clouds of Sils Maria, Stewart looks to bring serious gravitas to this modern-day ghost story.

It has a solid crew to back it, but Personal Shopper has an interesting hook as well. Stewart’s Maureen is under psychological pressure from her job, and the supposed ghost may be her recently deceased brother. The question that underlies this, and many a classic ghost story, is: is he trying to hurt her or warn her?

All the staples of a Rom-Com gone wrong, Berlin Syndrome has the potential to prey on xenophobic sensibilities and fears of intimacy. The premise is simple; Clare meets Andi while travelling in Berlin. A night of passion ensues but, the following morning, she finds he has locked her in his apartment. It could easily be a mistake, and this could easily be a comedy. However…

It appears Andi has no intention of letting Clare leave. A love child of Fatal Attraction and Misery, this looks to be a story of affection becoming obsession. How dark a road the film will travel down remains to be seen. It might be a light-hearted thrill or it may decide explore some very primal fears. A good film for couples.

Similar in tone to Berlin Syndrome, but with a noticeably different approach, Hounds of Love is less Misery and more The Last House on the Left. Revolving around the kidnapping of an unfortunate teen, the film is far more invested in the romantically involved abductors than their unfortunate victim. 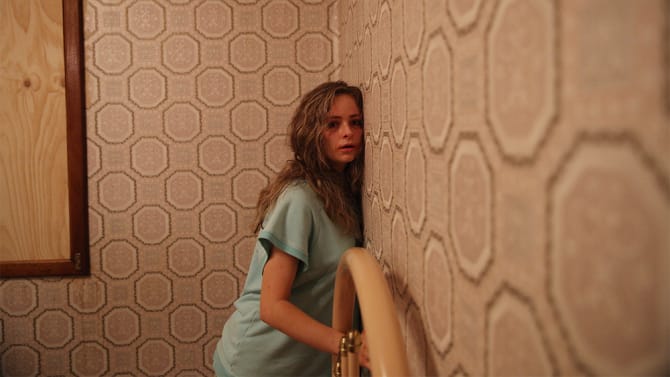 With such interesting characters to chew on, Hounds of Love promises to be a more intelligent film than your standard hostage film. It will have all the tension of a romantic melodrama, tinged with psychosis and violence. And if that sentence doesn’t sell the film to you, nothing will.