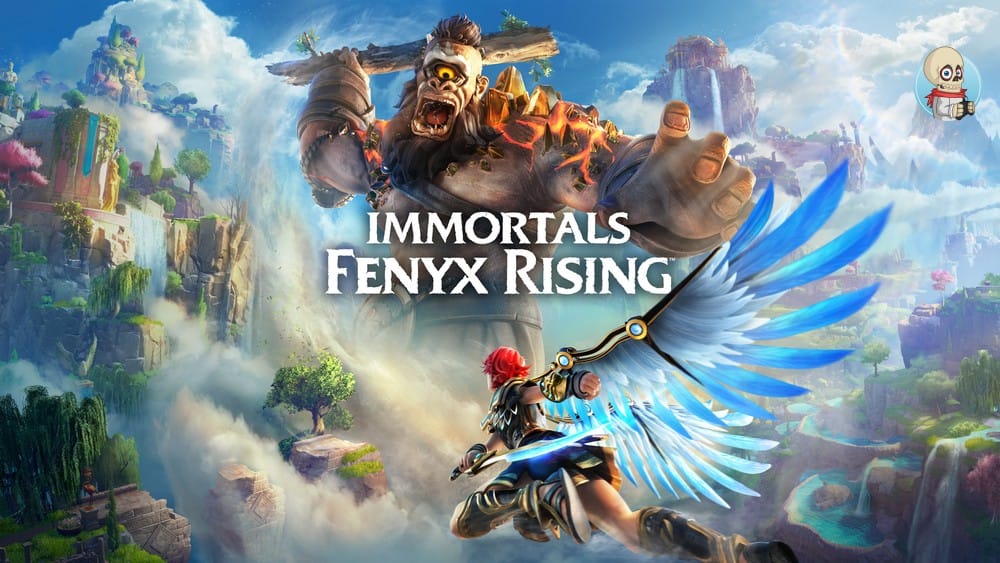 Note: Thanks to Ubisoft for providing a Review copy of the game. We played on a Nintendo Switch in handheld mode (other versions are available).

As we all know you can’t learn about Greek history without getting a big dollop of Greek Mythology thrown in. Even though Mythology wasn’t the right fit for the story being told in Odyssey, the team still delved in deep.

So, after the team at Ubisoft Quebec wrapped production on the critically acclaimed Odyssey. They found that they had lots of stories, with all these great characters and tales from Greek Mythology, left to tell.

When we spoke with Game Director Scott Phillips a few weeks ago he told us about a weird glitch they came across in Odyssey, that turned an NPC into a giant cyclops. The moment they saw it they knew they wanted to do something in this space.

Hi, sorry for jumping into the middle of the review, but we just wanted to say thank you for listening. We hope to create more of these audio versions in the future so please consider following us on all the usual Social Media channels using the handle @Bone Idle Gaming for more updates.

Fenyx Rising is a big departure from the Assassin’s Creed franchise, but after the success the studio had with Odyssey (one of the best games in the series) Ubisoft greenlit the move to create a bold new IP that is very different from what we have come to expect.

But, it was a move that paid off, because Immortals Fenyx Rising is a blast to play. If I was to use one word to sum it up, that word would be FUN!.

The gameplay is relaxing, while it never becomes overly challenging I wouldn’t call it easy either. There is enough to keep you on your feet as you flow through the game at a very nice pace.

There’s no stand out annoying sections, characters or mechanics. It is just a really good video game that offers a welcome chance to escape into.

Where Fenyx Rising really stands out is in the humour. Helped a great deal with excellent voice work that ensures the jokes land and the result is a game that is hilarious.

Narrated in a very clever way that essentially has Prometheus telling Zeus the story of Fenyx. But with the added element of this pair being a bunch of bickering old men, with a lot of history between them.

The developers had a lot of fun with the narration with the two characters interrupting and talking over each other. mocking and poking fun. They regularly break the fourth wall and brilliantly they will alter the story as you do things in game.

One such example, you jump into a hole and Zeus says “ah that’s it she died”. The game cuts to the end credits! After about 30 seconds Prometheus interrupts, and bring you back, and carries on playing.

It works really well and is one of the reasons I kept playing long past where most open-world games might have lost their appeal.

After years trapped under a mountain by Zeus, Typhon has escaped and is reaping his revenge on mortal and Gods alike. You play as Fenyx (a mere mortal) the unlikely hero who will go on an epic adventure, learn new skills, meet great characters and battle their way to becoming the legend of Prometheus’s story.

Fenyx is your standard open-world game, where you are given a certain amount of freedom to explore and do side quests before being pushed along the main story. Sections are broken up with puzzles, as mentioned above there’s nothing too tasking, but it is a nice break from the normal gameplay.

Perhaps, if I was to find one fault with the game. It would be the puzzle sections. I found them fine at the time, but looking back they could have been a little bit more inventive. With most falling into a tried and tested “put the heavy thing on the switch to open the door” category.

Movement is great, getting around the world, collecting items, climbing up cliffs and combat are all well executed. Much like Breath of the Wild you have a stamina bar that stops you climbing and flying too far. And again much like BOTW, you can top it up by eating mushrooms and other potions.

It will be almost impossible to not draw parallels to Breath of the Wild so let’s address it here. The Art style, the mechanics (like stamina and gliding), getting around the world, collecting items, the puzzles draw a lot from BOTW, While it does share a lot, Fenyx still manages to stand on its own. The story is better, the characters you meet and the enemies you fight are much more interesting.

The big draw for Fenyx is that it is fun to play. The gameplay isn’t too challenging, the characters are likeable, and the writing is funny. It is the kind of game you can throw on and get lost in for hours without it outstaying its welcome.

The quality is outstanding, I can’t remember seeing a single impacting bug. Or at least any that took me away from the game. We played on Nintendo Switch, and it runs really well. It is also available (in true Ubisoft fashion almost everywhere you can play games). PS4/5, Xbox One/X|S, Stadia, and PC.

Make sure you pick this one up. It is one of the hidden gems from this busy period that I can recommend to almost everyone.