The Infectious Madness of Dr Dekker is one of those games that will have you peering over a dark chasm, where you can only see so far down – but you’re oh so curious to find out what’s at the bottom.

You are the replacement for Dr Dekker, a psychologist that has been murdered under mysterious circumstances – and yet no one is willing to say anything direct, so it’s up to you to get to the bottom of the mystery. Along the way, 5 of Dekker’s patients will come in to see you, all with their own various problems that they want your help to solve. Helping them with their problems will help you investigate the circumstances surrounding Dekker’s death, leading you down the dark path to the terrible truth. 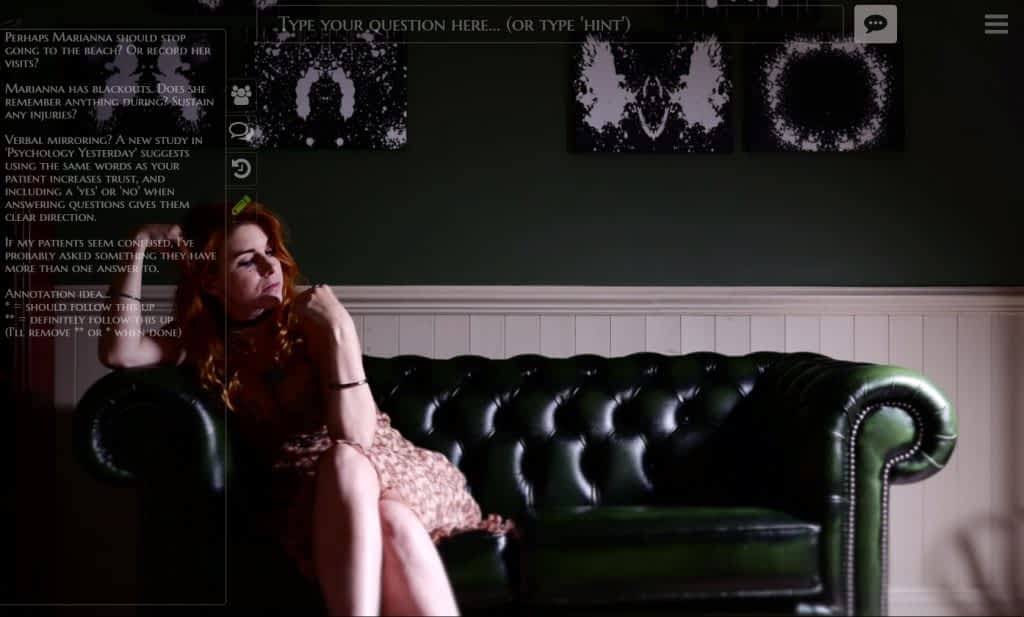 Be warned, there will be some spine tingling and paranoia will set in before long; the patients that sit in with Dekker, who are now under your responsibility, have some unusual maladies, not at all what an everyday psychologist would be faced with. One is faced with mysterious blackouts which results in waking up at the beach naked, another has found that an extra hour has been added to his day at midnight – almost like a witching hour, where time stands still for all but him, leaving him free to do as he pleases – while another patient keeps experiencing a “Groundhog Day” phenomenon, where he will experience the same day an unknown amount of times. As mad as it all sounds, it’s your job to convince them they’re not mad, while keeping from going mad yourself. With me so far?
Alongside the in-game notebook, it may be handy to have a piece of paper and pen nearby while asking questions; talk about playing the role! Anything and everything is under scrutiny, and because of the sheer volume of responses recorded, there’s a far more to explore than initially thought. 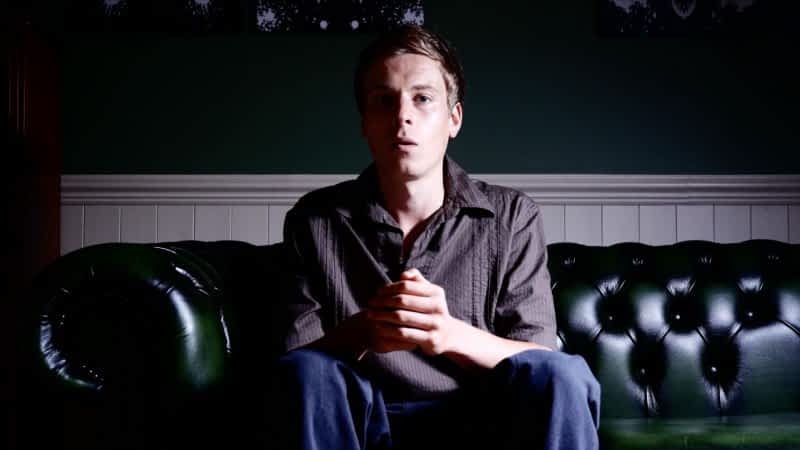 Armed with a question bar, a keyboard and your own wit, the game is vast in terms of narrative; to progress, picking up on important information in your patients’ responses is the only way to progress. The side panel interface offers you some helpful functions – past questions asked, patient notes, patient answers that can be watched back again to find more information. Typing “hint” into the question bar will give you a prompt if you get stuck and can’t think of any questions, or if your current efforts are rebuked.
The AI of the game responses also require you to input answers to your patients’ questions to you; these can help befriend them, used to gain their trust, and reveal crucial information they may not reveal to you otherwise.  Perhaps the most interesting aspect of this game is the Cluedo approach to navigating to an ending; a murderer is chosen at random at the start of the game, so no play-through is truly ever going to be the same. 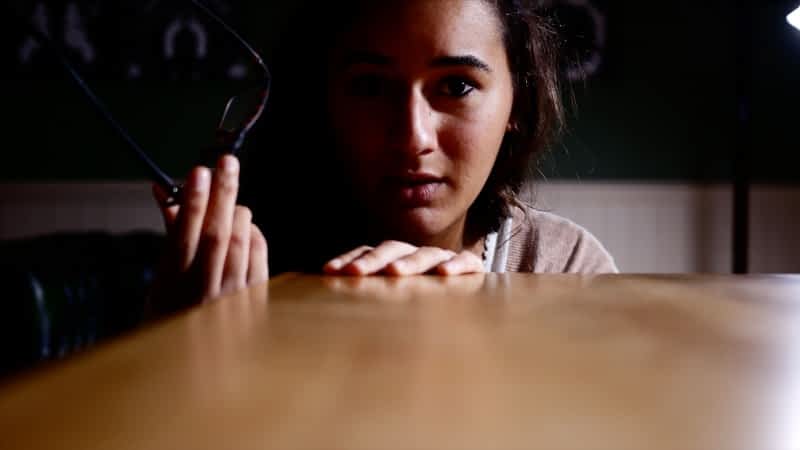 There were always going to be limitations to games such as this, and while it has succeeded somewhat, Dr Dekker faces the same problem in some instances; the way a question is asked has a chance of failing to give the desired outcome, and despite it making sense to a human mind, the game can only discern so far; triggering keywords for appropriate patient responses can be difficult at times. If the patient doesn’t know what you’re talking about, or there is no keyword triggered in your question, they will give one of several default “I don’t know anything about this, Doctor” answers. For a comparison, Detective Spooner trying to solve the death of the scientist in I, Robot – “My responses are limited – you must ask the right questions.” 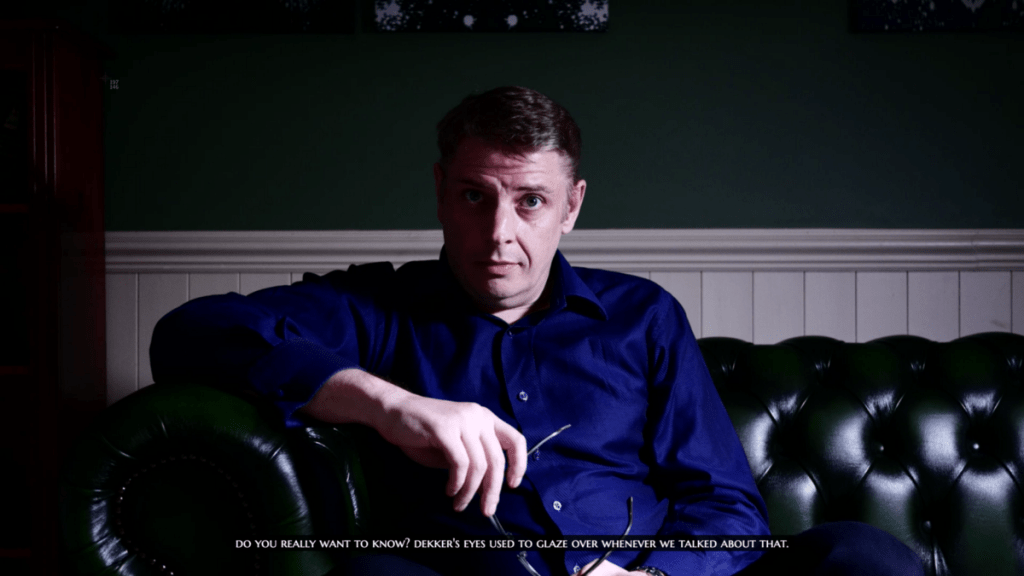 However, despite this, there is an element of immersion that is both impressive and a little eerie – I had to stop myself, on more than one occasion, from responding back to a patient in a way that was entirely conversational; I was trying to chat with a computer game. The cutscenes are also excellently shot, the actors and actresses play their parts fabulously, with the occasional Dutch tilt of a camera to really add to the atmosphere of the game. The background music, while no more than a few simple elongated tones, add to the wall of tension that starts to build, the deeper you delve into the patients’ minds. 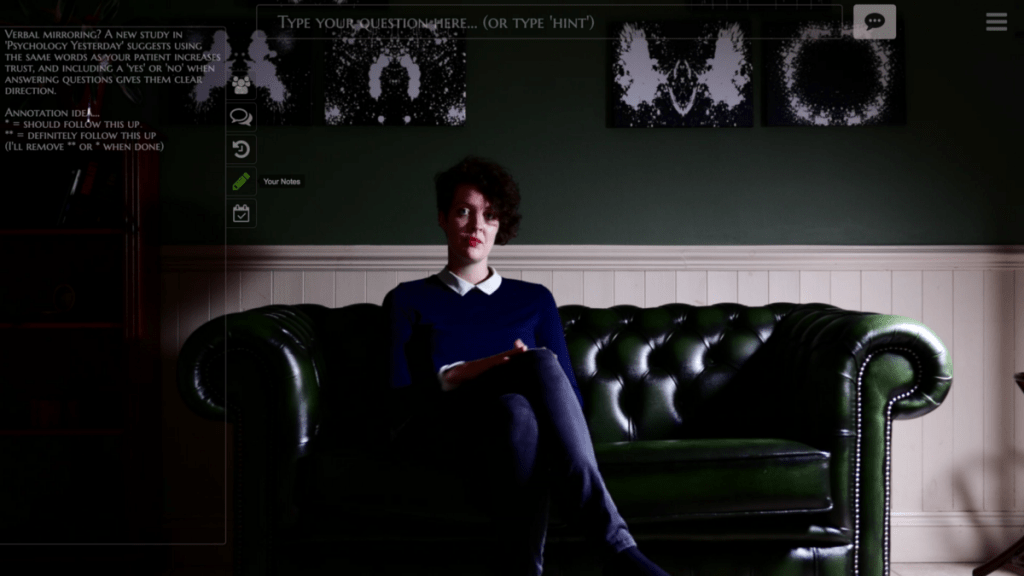 A rabbit hole with many paths and multiple endings, the curiosity that turns to morbid fascination with these characters will pull you deeper down into the game. For anyone who’s a fan of the Lovecraft strain of horror and spine tingling tales, this is one you should definitely pick up.