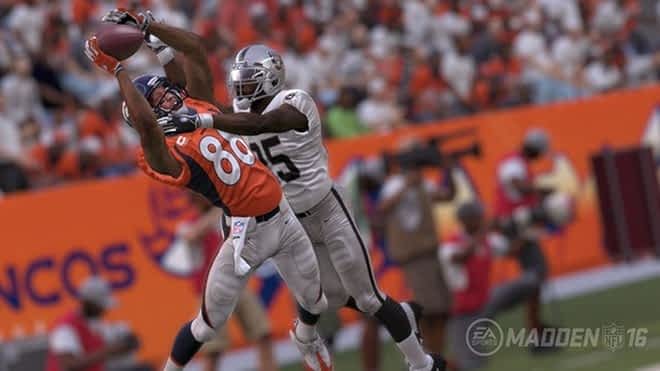 With the NFL season now in full flow we take a look at EA’s Madden 2016 to see if it improves on last year? Or like the Seahawks falls short? Let’s find out.

Before you get started you need to update the game to include the latest roster of players, once installed you are then treated to the opening scenes of Odell Beckham JR, the New York Giants player, making what many consider the catch of the year, before being transported to the Levi’s Stadium home of the 49ers for Super Bowl 50.

This year Madden predicts (which has been scarily accurate in the last two years) that the Super Bowl will be between the Steelers and the Cardinals, after all the cinematic introductions you will put in charge of the Steelers and the tutorial will introduce you to the new passing and catching mechanics in the game.

With all that out of the way you can start to dig into the different game modes including Ultimate Team, Franchise, Draft Champions, Gatorade Skills Trainer, Play Now, Online head to Head, or simply Practice mode. 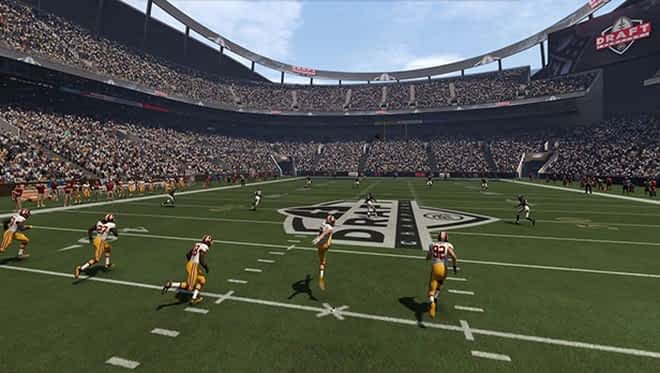 EA have done themselves proud with the new features and presentation style of this year’s game. Player animations have been improved and individual players now have their own signature celebrations and interactions. Breaks in play are littered with pop up stats, and real life highlight reels. New camera angels take you from the huddle, to the formation and right into the action.

Stadiums feel alive with the scoreboard and big screens pumping up the crowd, crowds will be waiving rally towels, foam fingers and signs, chanting and singing their fight songs. However the introduction of the model of the stadium is a little bland, as it will show the 3D model of the stadium before adding the overlay of everything else from the pitch, the crowd and the background.

Audio overlay includes the commentary but we also see a return of EA Trax which includes a number of licensed artists that you can listen to during play. 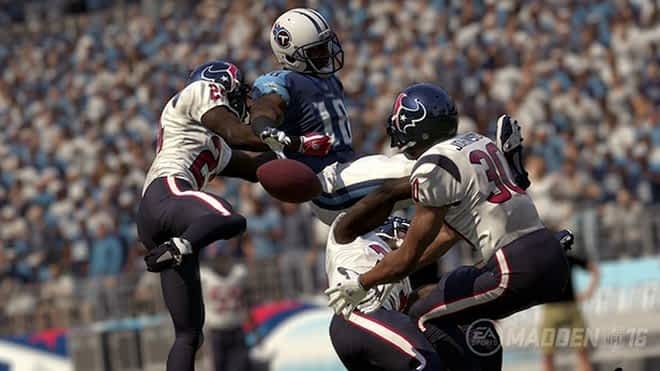 So it looks pretty but does that translate to gameplay?

The first thing I noticed was it is a lot quicker, there are a number of new passing and catching options that open up the play beyond just pressing a button and hoping for the best. The different throwing option allow you to select between different types of pass. A bullet pass will be fast and snappy allowing you to hit and make up short distances with little risk, while a long deep pass will be easier to catch but easier for both sides. The various different catching options allow you to protect the ball as you catch it, or to go for the more elaborate aggressive catch (one for the cameras).

This all feeds into making you feel more involved with every play, like you have a greater impact on the outcome of each play.

The Offensive and defensive lines have also been improved for the “battle in the trenches” with more animations for both sides. Also as a running back you can “get skinny” to get through a gap in the line and try steal a few yards if you are willing to risk it.

When defending the various different approaches also exist, whether you are trying to intercept a pass, or dislodge the ball from the receiver with a big hit.

Ultimate Team is still largely the same from last year with opening packs and building your team, although they have added some new sets and challenges to complete that will take you right through from rookie to pro. 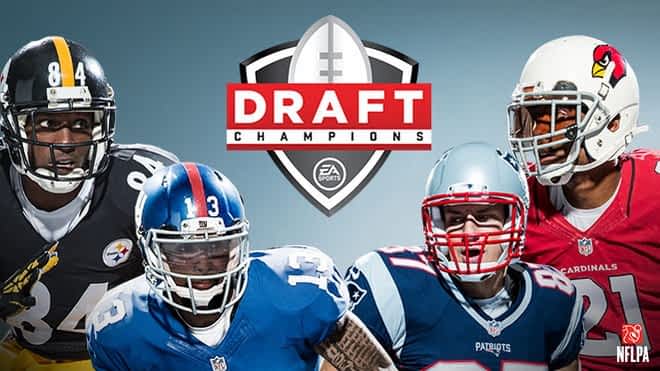 New to Madden NFL 16 is Draft Champions, unlike Fifa 16 this is free to enter and you only need to win 3 matches. You can play online or offline draft.

As you start you are asked to pick between 3 coaches with certain styles, once you select you coach the game will generate a base team for you. Then during the 15 round draft you build you team, each round you get a choice of 3 players from which you need to choose based on the position, style and rating. The key here is that if you skip a player of fill a position early you could screw yourself out of a great player later in the draft. You need to balance that risk of taking what is on offer versus waiting for something better just around the corner all the time the worry is there that you could be skipping a decent player waiting for someone great that never shows up and you end up with muck. 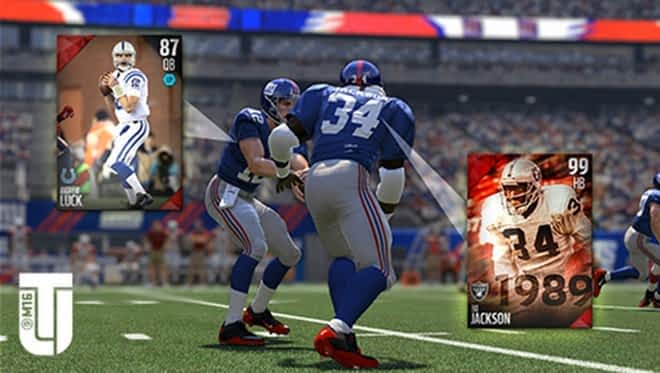 Career mode returns again where you can select to be the coach, player or owner. You can have the career mode online and play with friends or offline. During games you will be given Dynamic Drive goals that will influence the way you play, the more goals that you complete the faster your player develops, so once you complete a play or goal you will be able to see in real time the XP and confidence appear next to the players as well as on screen goal tracker at the bottom of the screen

The Gauntlet mode has also improved to test your skills in madden, last year millions of people tried it but less than 200 completed all 40 levels.

With this year’s gauntlet mode there is now levels that give you extra lives or allow you to jump up a few rounds. I will admit last year I didn’t do too well but this year I was able to get to level 40 with two lives left and still miss out.

However I would recommend to go through the skill trainers first to fine tune your skills on the new passing, run, defence before doing the gauntlet.

There is a new training section called “Help I’m new to Madden” which goes through the positions on the team and what their role is and the basic concept of how to play madden.

Overall: Madden NFL 16 is a great game with a few small technical issues with camera angles, but thankfully they general appear after touchdowns rather than mid game. The Career mode could be improved with better storylines and better involvement with your player, something like 2k had going with the NBA series.

But overall a big move in the right direction for the series, Ultimate team and Draft Champions are the main modes but there is enough going on here to suit all types of needs.