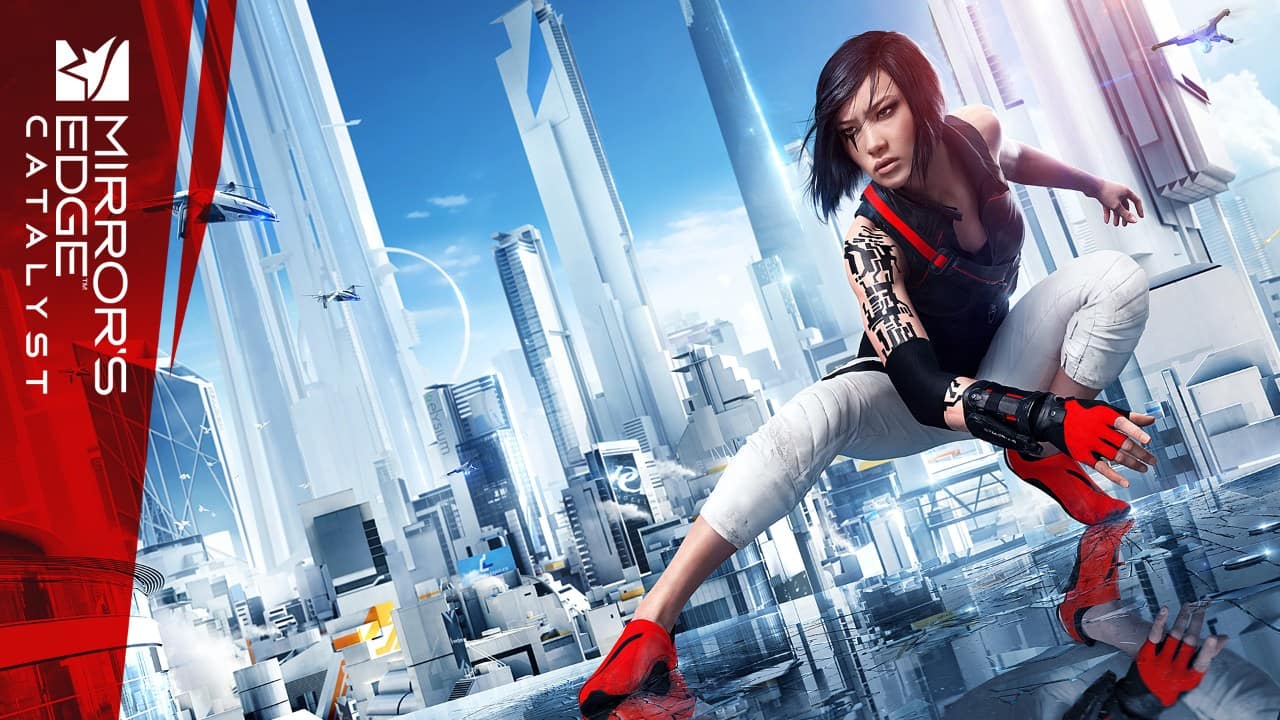 A lengthy six years after the original was released on previous generation consoles (PS3, Xbox 360), a trailer for a new Mirror’s Edge appeared at E3 – much to the delight of fans of the original – and was nominated in the Golden Joystick awards of 2014 under the “Most Wanted” category. Finally, released this year, EA DICE have utilised the Frostbite 3 engine to construct the beautifully sleek and futuristic City of Glass, for Mirror’s Edge Catalyst.

Catalyst is a reboot, not a prequel as originally thought, to the original ME, confirmed by DICE at Gamescom 2015. It delves into Faith’s beginnings as a friendly neighbourhood parkour postwoman, also known as a “runner” in-game, just released from a juvenile correctional facility on probation. There is also an accompanying comic book that tells the story of what happened before the events of Catalyst, called Mirror’s Edge: Exordium.

While it does keep the elements of what made the game unique, Catalyst breaks from its roots by using a skill tree to develop Faith as the story progresses – new Gear, Combat moves and methods of Movement for more expert traversal of the building tops can be purchased as Faith gains experience points from missions, item collections and deliveries around Glass. 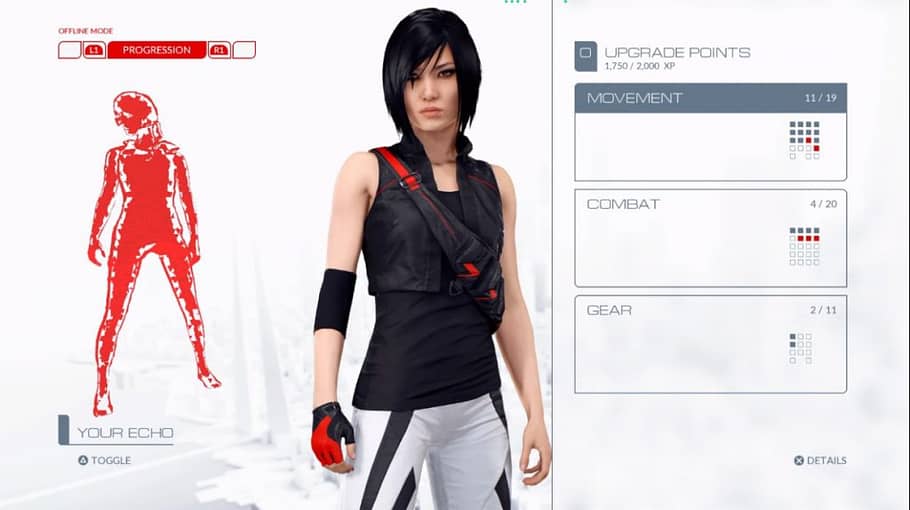 Though free-running in the original was already fairly sleek, Catalyst builds on what made that great and gave it extra polish – the faster you can react to the control pad mid-run, the smoother Faith will move, and the more flow she’ll have when vaulting obstacles and sliding under pipes. Some of the issues that occurred in the original were somewhat dealt with, some not; combat is still an issue. Forced incidences of fighting enemies to continue can often end up in button mashing as opposed to skillful dexterity around the pad, chipping away at enemies health until you can move on. When it does work, it’s usually only when Faith is on the move, and while she does have a larger repertoire of moves to attack different enemies with, the constraints that the game imposes on the player make it harder to fight an enemy when stopped. The option of robbing a gun from an enemy has also been removed entirely. The game actually encourages that avoidance can be the better option; it’s not necessary to stay and fight the enemy when traversing the city.

The stunning, bold visuals that captured the hearts of the players of the original return once again, with primary colours used throughout to amplify the city and its denizens. The colour of the runners, red, carries a number of functions, from identification of important objects, your allies, and the enhanced Runners’ Vision, which gives players a hand to find optimal places to traverse – it finds a route, but it’s important to note that it’s not always the fastest way to get there; taking shortcuts to spare precious seconds are always advised. Runners’ Vision can also be toggled on or off, giving veterans a chance to rely on their own knowledge of the city to navigate. 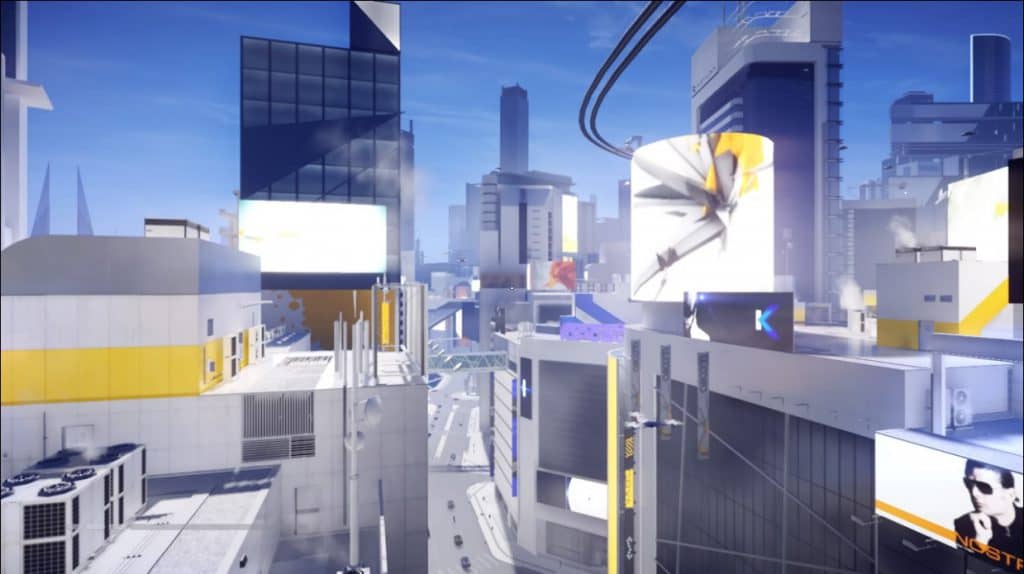 POV (point of view) is entirely in first person, with the exception of some slow motion combat scenarios where Faith is about to pummel a Kruger Security (K-Sec) Guard with a finishing strike. Everything from running so fast that speed lines appear in her peripheral vision, to jumping down off of a high ledge and rolling forward to break the fall is all in first person – which can be disorientating for some. The sounds of running shoes on different surfaces like glass or gravel, Faith’s breathing changing based on her speed, mingling with the city hub bub on the street below make the whole experience much more immersive. The user interface is minimal, only the bare essentials are on screen; if you have set a marker, you see it and are aware of it, but it doesn’t get in the way.

For the adventurer/explorer player, this game is a dream – in contrast to the linear style gameplay that the first Mirror’s Edge was known for, funnelling the player through the story (with time trials available for completion for each chapter), Catalyst instead encourages exploring, looking for every nook and cranny for collectible items – of which there are many: secret documents, voice recordings, etc.

Fast travel is available to safe houses, but the game builds heavily on the idea that the journey is just as enjoyable and engaging as actually reaching your destination. The sheer thrill of vaulting over the abysses between buildings quickly followed by a scurry up a ladder to swinging from pillar to post is addictive, and when that inevitable fall to oblivion happens, you are brought back to the top of the last roof you fell from via frequent checkpoints.
And with that beautiful city skyline, what’s the rush when you’re not on the job? 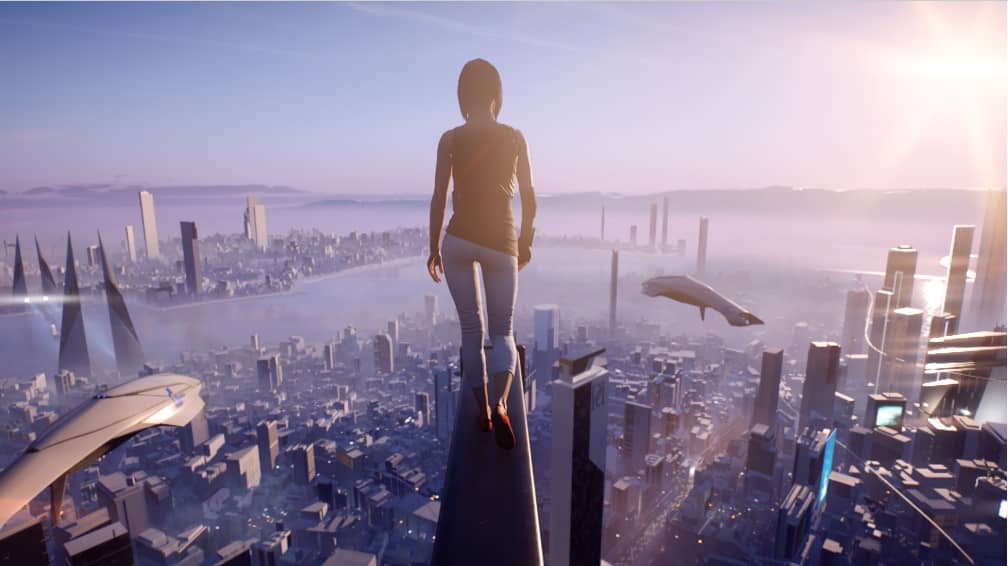 The first Mirror’s Edge had animated cutscenes to tell its story – CGI is utilised this time around. I did enjoy the medium of the original, but the CGI lends itself a lot better to the games’ aesthetic in Catalyst; pivotal moments are much more visceral in their execution, and blend much easier into gameplay once again. 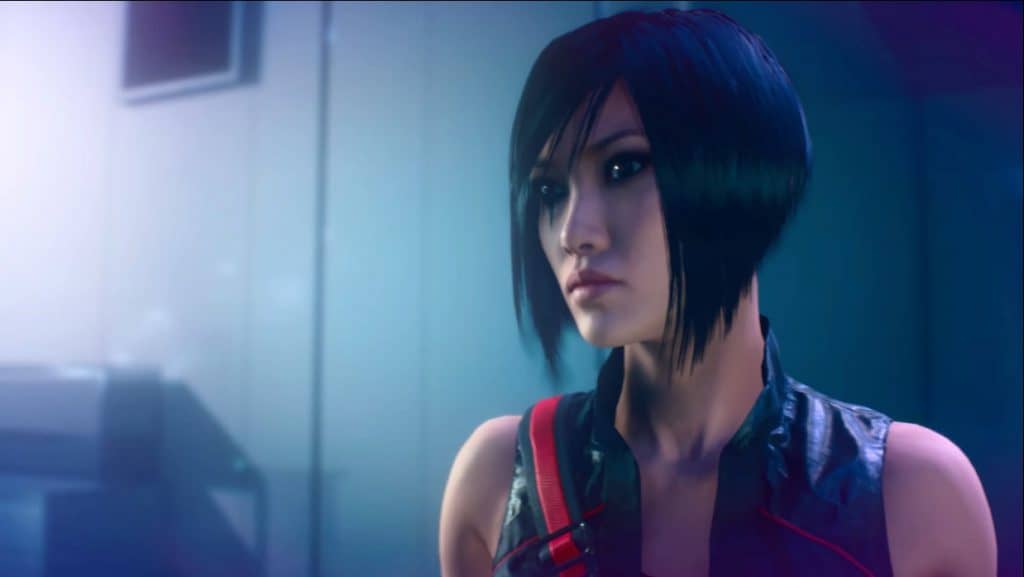 Immersive, addictive and a thing of beauty to look at and explore, Catalyst has some noted flaws, but the game overall is in good shape, and hopefully, a sign that there could be more in the pipeline for Mirror’s Edge.

Available now on PS4, Xbox One and PC