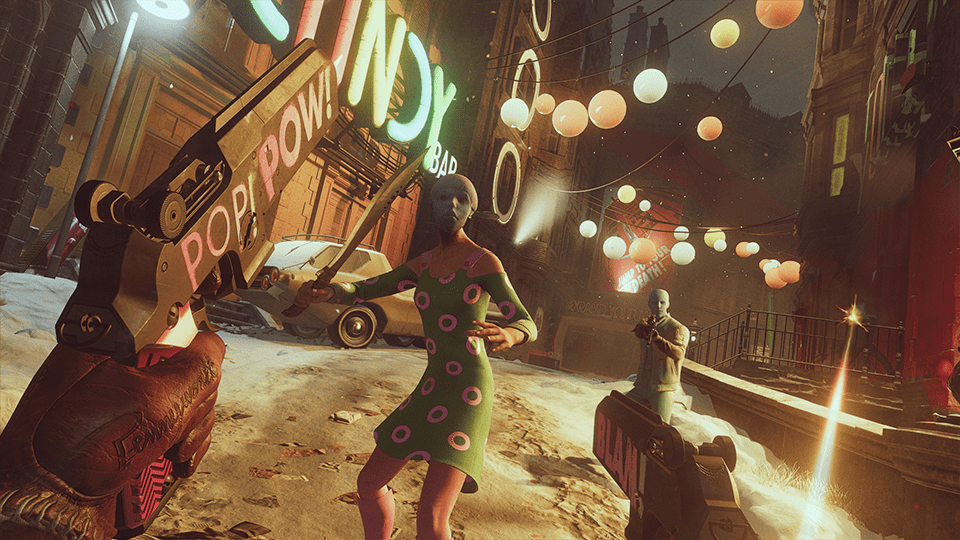 At Sony’s State of Play, Bethesda Softworks revealed a new PlayStation 5 (PS5) extended gameplay walkthrough for Arkane Lyon’s DEATHLOOP, the innovative first-person shooter where players are trapped in a timeloop with their worst enemy.

Our protagonist Colt is on the hunt for Aleksis “The Wolf” Dorsey, one of eight key targets to eliminate before the day once again resets.

In DEATHLOOP, there are many ways to reach and take down a target. This all-new look at the game gives players a glimpse at just one of the ways to do away with the self-absorbed Aleksis. And, just as Colt escapes mostly unscathed, his nemesis Julianna (controlled by either a player or the AI) gets the best of him, putting an end to his one-man party and restarting the timeloop.