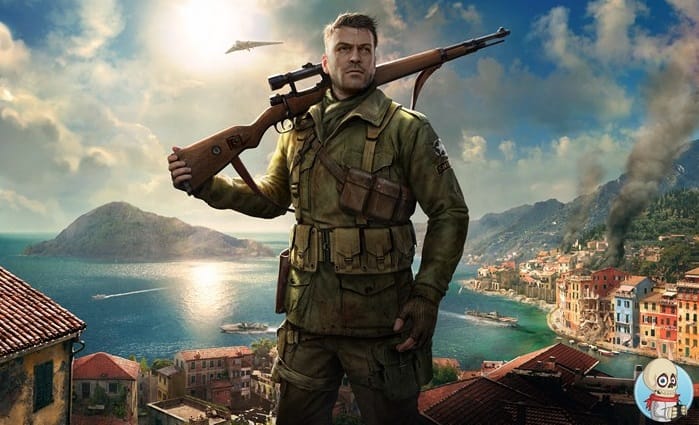 Sniper Elite 4 gets the balance right that so many Sniper games get wrong. You are encouraged to take your time, sneak around, fully recon your targets, set traps and hide your shots under the mask of passing planes. But at the same time it doesn’t punish you for getting getting noticed, if it comes to it, you can just grab a machine gun and start running head on into the action.

By not including annoyances like forced restarts to missions after getting spotted, the stealth aspect maintains its allure. It is something you want to aim for, not something you are forced to comply with. You want to get to the point where you are setting traps, luring enemies into them and dispatching them silently. 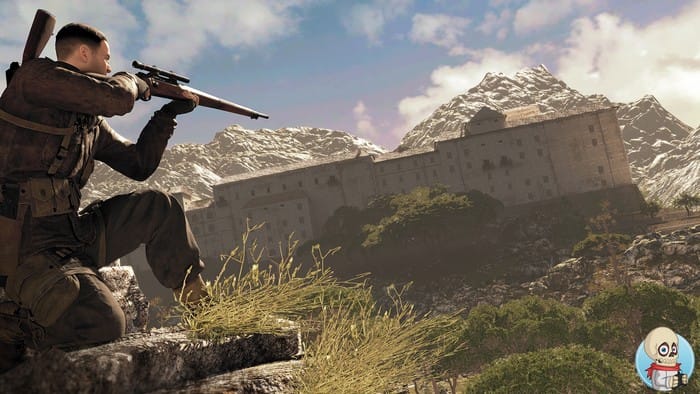 That is not to say it is all arcade action, turning up the difficulty unlocks a true sniper game where you need to consider everything from the type of ammo, the rate of fire of the weapon, the direction of the wind and the drop in the bullet’s trajectory. While obviously this mode is more difficult, it is also much more satisfying. 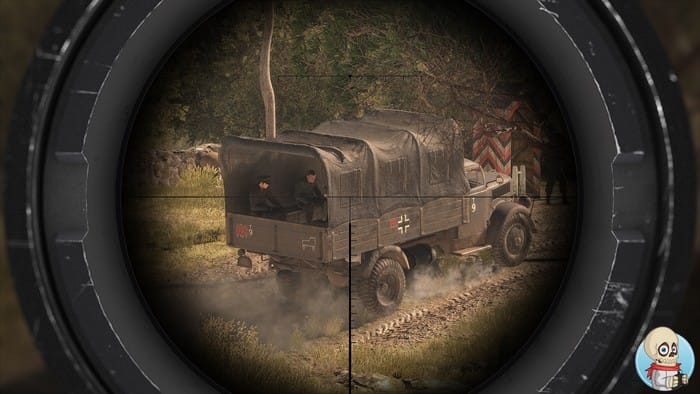 The campaign is set during World War II in Italy, and spread across eight massive free roaming maps. Most can be completed in 1-2 hours, but because you are free to chose your own path this is entirely up to you how long you spend on them, or even what order you complete tasks in.

Rebellion have struck a nice balance between the secondary objectives and the main mission path, this prevents the story from going stale and the gameplay from getting repetitive, in what are frankly pretty long missions for a shooter. 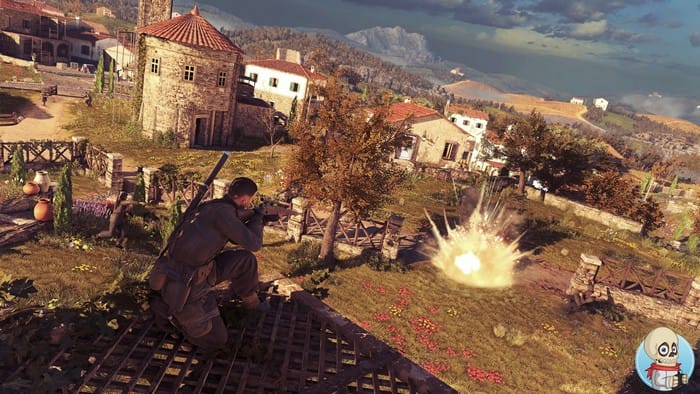 The series is best known for the Kill Cam, this gives you a slow motion X-Ray view of your kills. You see the bullets rip open organs and shatter bones and pops off helmets as it passes through the bodies of your enemies. While this is comic book gruesome, it is oddly satisfying, although watching someone’s jaw getting ripped off always made me wince. 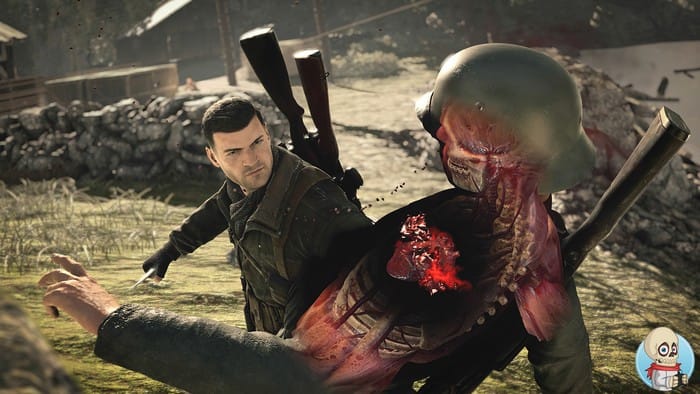 A really good hit mechanic allows you, if you are so inclined, to play with your targets. Tagging them in the arms or legs to knock them to the floor and then as you watch as they scramble around frantically looking for where the shot came from, pop their head open with a clean kill shot.

The variety of ways to kill people expands beyond the sniper rifle, you also have more conventional firearms (assault rifles and pistols) but you are also fitted out with a host of gadgets. Trip-wire mines, TNT, and grenades that can be combined with the ammo crates, fuel barrels, exploding truck tyres and falling pallets to create elaborate traps adding even more fun to the madness. 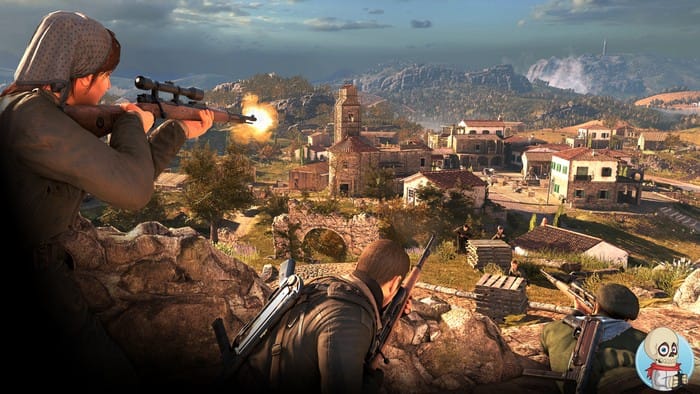 Multiplayer offers two options, the campaign can be played in its entirety with a co-op partner. This really changes the dynamic beyond just having double the number of guns. Because a lot of the game’s mechanic uses the noise you make to triangulate your location you can exploit this by splitting up and coordinating your attacks to keep the enemy guessing. Co-op also has a horde mode that sends waves of enemies with increasing difficulty towards you as you try to protect your home base and supply point.

PVP Multiplayer has its appeal and the mode most seem to prefer is the long range kill match where the person with the longest shot wins. This pushes you to a more traditional sniper V sniper scenario. Usually camping snipers are an annoyance but when everyone is doing it, the game is actually incredibly tense. You know there is always the possibility that you are being watched and if you don’t move you could get shot at any second, but moving could result in giving up your location resulting in the same outcome. 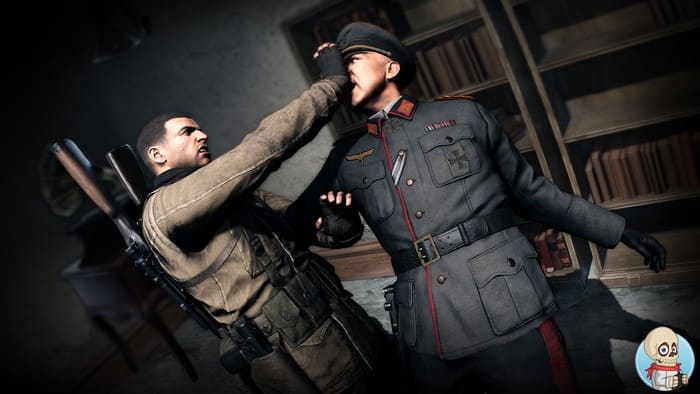 Overall: A enjoyable well crafted title, it looks and plays really well. The open maps offer lots of freedom of movement and choice in how to approach tasks. The story is good old fashioned comic book fun, if you grew up on WWII comic adventures then you will get a kick out of this.