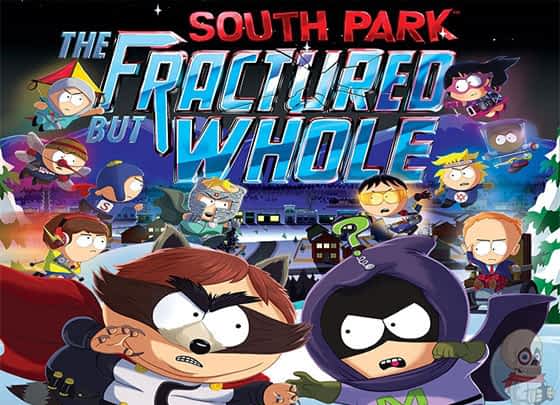 South Park: The Fractured But Whole is the latest South Park game from Ubisoft, which is a follow up to the events of “The Stick of Truth”, released in 2014. Several prequel episodes were made to lead up to the Stick of Truth, which sticks to source material so well, it almost feels like watching a South Park episode – with interactive features. This time around, the group are playing super heroes whilst trying to make a billion-dollar franchise, parodying the MCU and DCEU that we see on TV and in cinema. 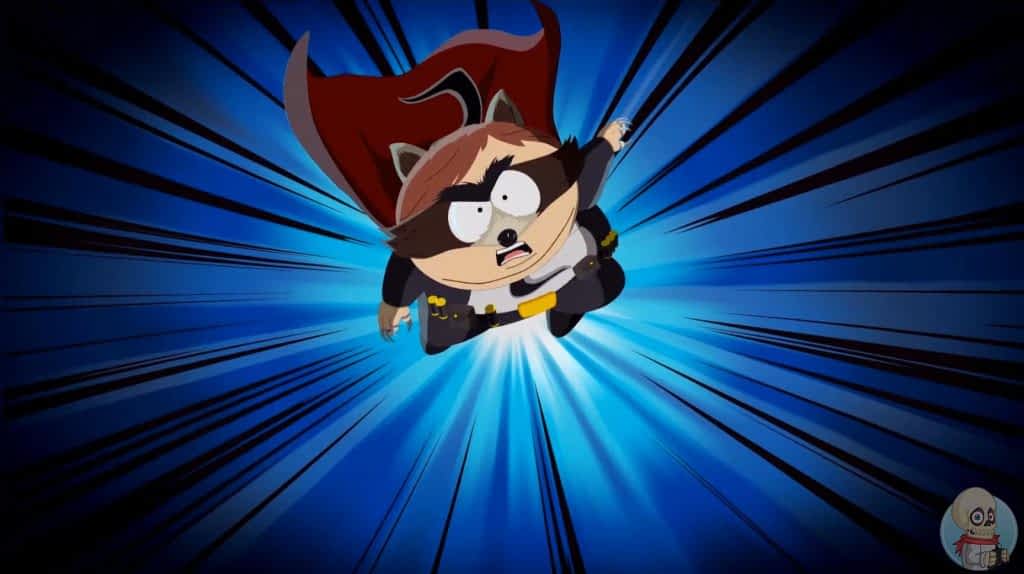 A prequel episode (aired Oct. 11th 2017) followed Coon and Friends trying to stop Professor Chaos and his fake news against the team, just before the game was set to release.
The Fractured But Whole story begins with Cartman (The Coon) looking for a missing cat for $100 in reward money, using this to fund a superhero series and start a franchise. Like The Stick Of Truth, you play as the new kid and join The Coon and friends in trying to get the reward money, but within a few hours, the plot twists and turns in this bizarre story full of satirical commentary. Even before the game starts, in a bold move, when customizing your character, the skin colour slider doubles as the difficulty setting – it ties in with how you experience parts of the game. It will change how NPC’s react to you and the amount of money you make (the darker skin colour chosen, the harder it will be to make money), but will not affect combat.

The Fractured But Whole is an open-world game where you can explore the the quiet mountain town of South Park, but some routes and location will be inaccessible until a certain move or item is unlocked. You can still explore and locate any loot; some loot can be accessed by solving a simple puzzle or using the fart abilities with other allies. Some locations or towns folk may have a few optional side quests that can be completed through the game. 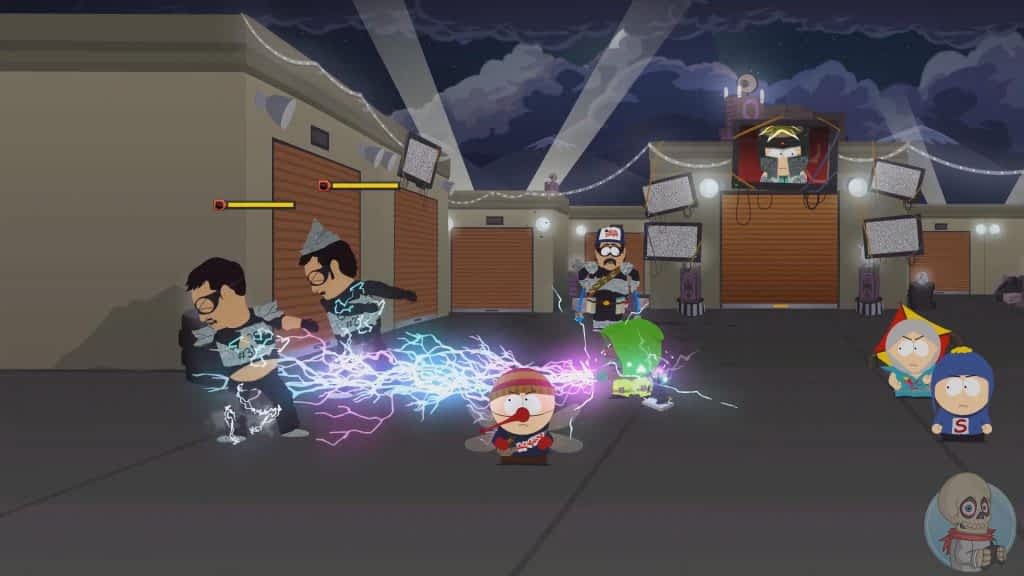 Players can choose from the following Hero types; Brutalist, Blaster or Speedster. Later in the game you will have the option to mix and match abilities from other types.
New to the game is the phone; this acts as your hub, using the Coonstagram to gain followers to increase the support for Coon and Friends group. It’s much like the friend requests system from The Stick of Truth, some NPCs would require you to complete side quests to get a selfie with them. The phone menu also gives you access options to modify your character. Artifacts that you can equip to your character boosts your powers and stats, and you can modify your allies you bring into combat; this can be useful for more difficult battles. Throughout the game you have the option to change your outfits, which adds a bit of personality to creating the character you want.

New to the series is crafting – this allows you to create consumables to use in battle for costumes, Artifacts and specific mission items. Morgan Freeman greets you for the tutorial for crafting. While you are modifying your Artifacts, DNA strains can be used to boost your combat technique and abilities. Each item will have its own status that will be applied to the team as bonuses. If you are unsure what to choose, the game will show you an overall grade on the items that are selected, such as +5 in green or -5 in red to your “Might” level. 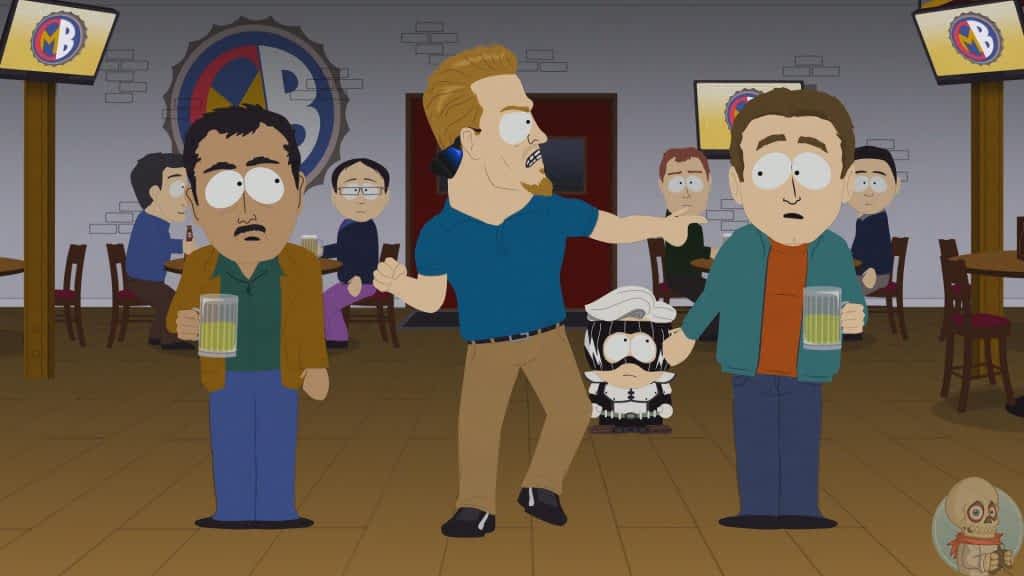 Combat has also changed from The Stick of Truth; this time around, it’s turn based, and you move your character around a grid-base battlefield. It’s easy at first but increases in difficulty, as you move your character and allies strategically – you can get bonus hits from hitting an enemy into an ally or against another enemy or hazard. Different battlefield variations will mean that a wide variety of tactics must be used. During combat the fights will be stopped to let cars pass and then the fight continues. Combat does get interesting as you progress, when the ability to add summons and special fart abilities becomes available. Every ability that a hero has, is linked to a grid location or what effect it has on grids around them. These can be attacks that go in a straight line or widespread. Certain enemy attacks will affect multiple grids, and you only have a short time to move your character or allies out of the way. A quick-time button input sequence that appears on screen will allow you to recover health and increase a special ultimate ability, summons and more. 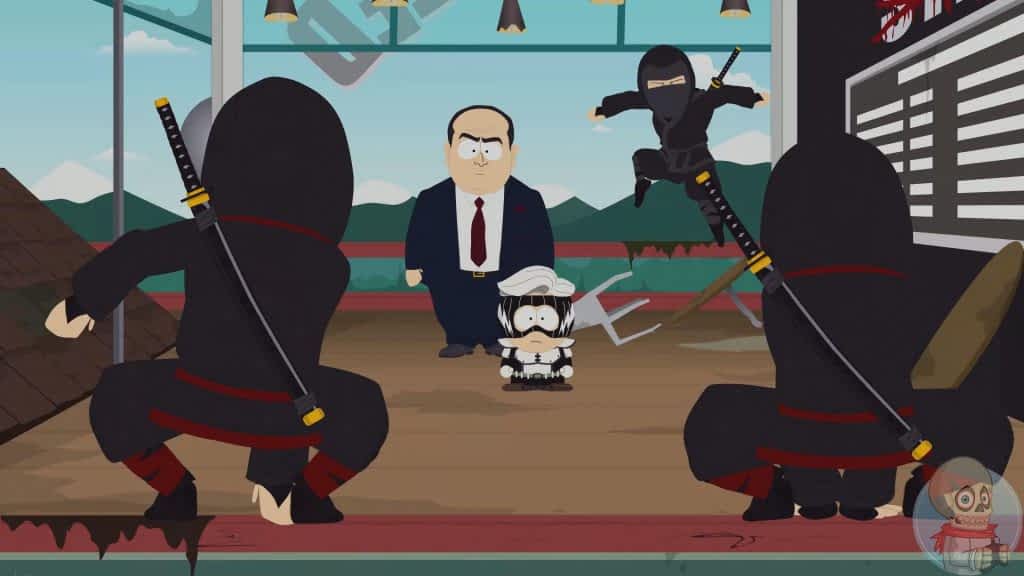 Visually, South Park can almost be a feature length episode, and aside from a few issues I had with The Fractured But Whole (including an interface gripe where texts on the Coonstagram notification can be hard to read), South Park maintains the bitingly savage humour it is known for in the series, and works it into an amazing game that pokes a lot of fun at the MCU and DCEU, whilst keeping a tight hold on its own distinct style.

A First Fifteen video will be added in the coming days, but for now, check out the launch trailer: