Conor McGregor graces the front cover of UFC’s latest title, and the opening cinematic shows off the beautiful display of the games graphical power while giving a quick crash course on how the game works – how you promote your fights before you enter the octagon is considered just as important as the beating you give inside it.

EA have made vast improvements to UFC 3 over its predecessor. Every fight looks and feels hyper realistic and with so many possible fighting styles to face, feelings of repetition are slow to set in. Slipping a punch with a flick of the right analogue before unleashing a flurry of jabs and hooks has never been more satisfying. When both fighters stay on their feet, this game really shines. 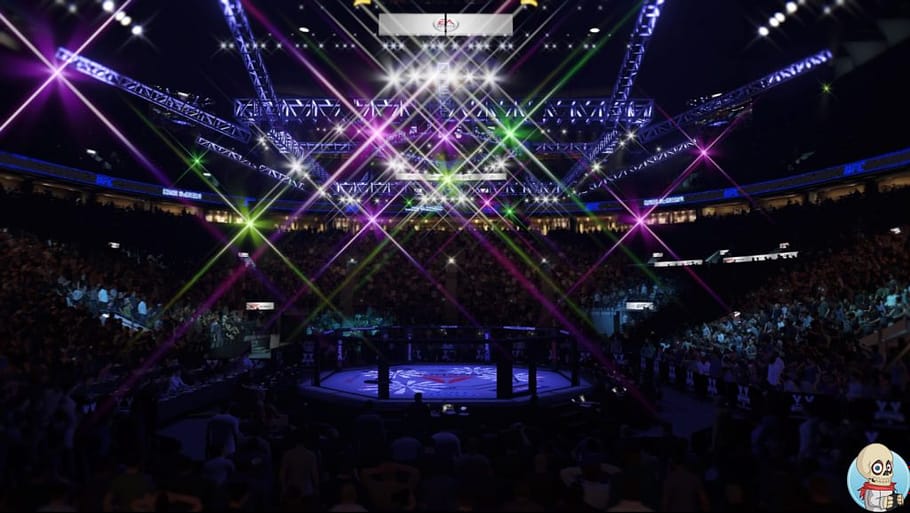 The same can’t be said of the grappling system, unfortunately; it still feels sluggish to respond and not very intuitive. Grappling in a real UFC fight is all about positioning and tactics, and it’s hard to tell where mistakes were made when you suddenly find yourself on the losing side. The ever-changing flow from one hold to another while both fighters look to lock in an excruciating submission hold can be riveting to watch but using the right analogue to pick one of up to four moves just doesn’t do the sport justice.

UFC 3 can be a tough game to just pick up and play, with a bit of a steep learning curve. The controls can be tricky to get to grips with, using every combination of buttons possible to give you the choice to pull off all the fancy attacks you would see in a real bout. If you sit with it for a while and study it though, you will start to pick up your skill, and eventually, you will be pulling off roundhouse kicks and superman punches on instinct alone. Just like the real martial arts the game emulates, it takes time to become a master but once you do, you’re unstoppable. 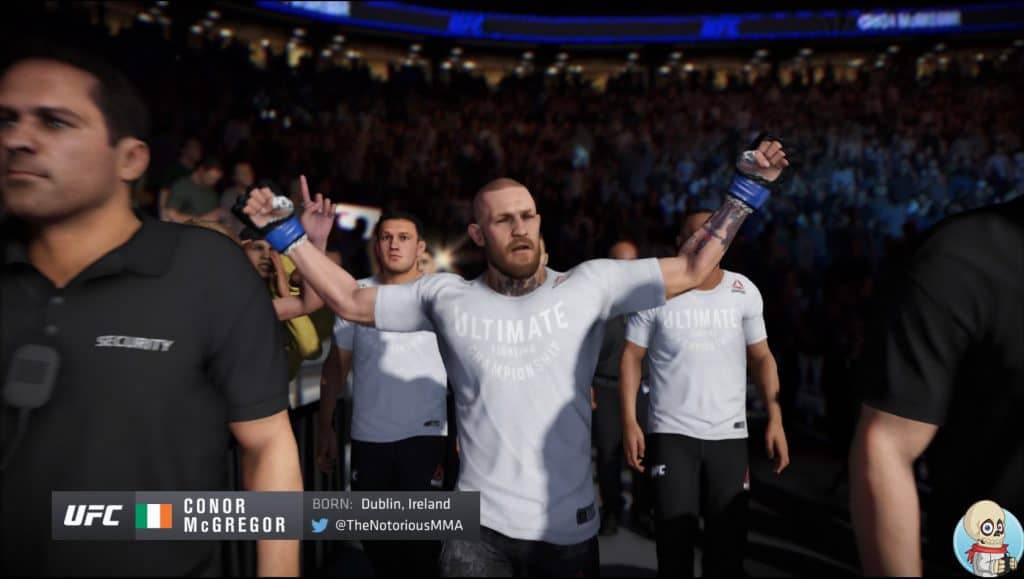 The career mode has greatly improved from UFC 2. There are numerous choices for creating your fighter at the beginning of the career mode, including what style of martial arts, which gym you choose, but in my eagerness to jump into the octagon quickly, I picked my favourite of the ready-made choices. After selecting your next opponent, you must select where you will train for the fight and how many weeks training camp will go on for – this is all determined by how much in-game money you can afford to splash out on a nice gym.

Managing how you spend your time in each week of training can be critical to your success. You will need to promote your upcoming bout to begin building up your fan base, which does nothing to improve your fighter’s stats. Balancing this with time spent on sparring sessions can reveal weaknesses in your opponent’s fighting style but come with the risk of injury. You can also spend points to learn new or improved moves from the fighters connected to the gym you use. Lastly, you can just train on your own to develop the areas of your fighter you want to work on most. 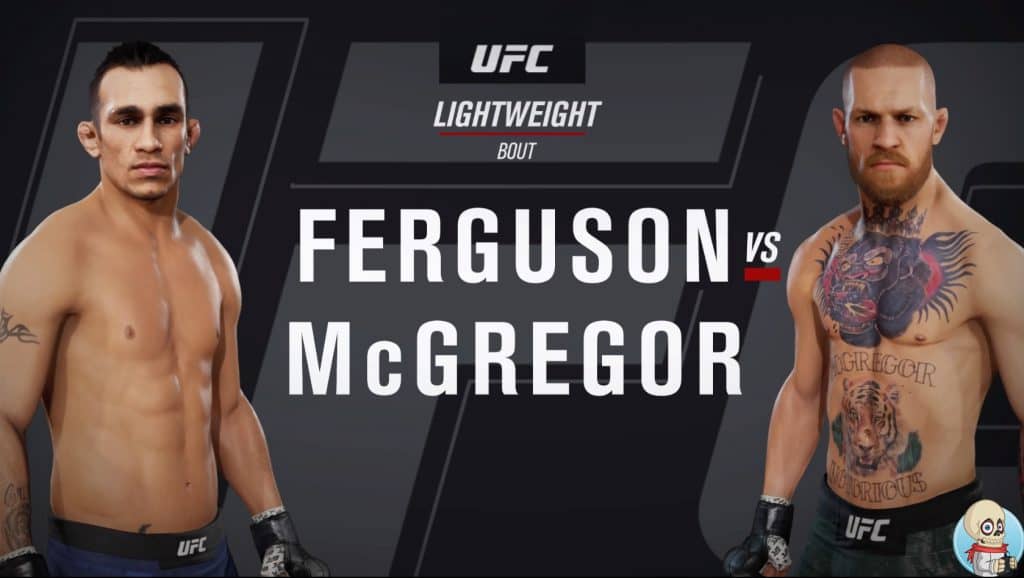 You begin your career as a small-time fighter hoping to one day work your way up to the big leagues. Once you have strung a few wins together you are quickly snapped up by the UFC. As you work your way up the rankings you will face tougher and tougher opponents, but I sometimes found the difficulty levels to fluctuate a bit too drastically.

When you are finished the career mode, you should have enough game time put in to be ready to venture online. You’ll swiftly realize, though, that the computer can never prepare you for the beating another human can give you. Some fights can see you go toe-to-toe with your opponent all the way to the final round. Others will end with a swift beat down where you can’t even recall if you landed a single punch. Like real fights, the key to online victory is to pick the right moment to strike but to never leave yourself open. 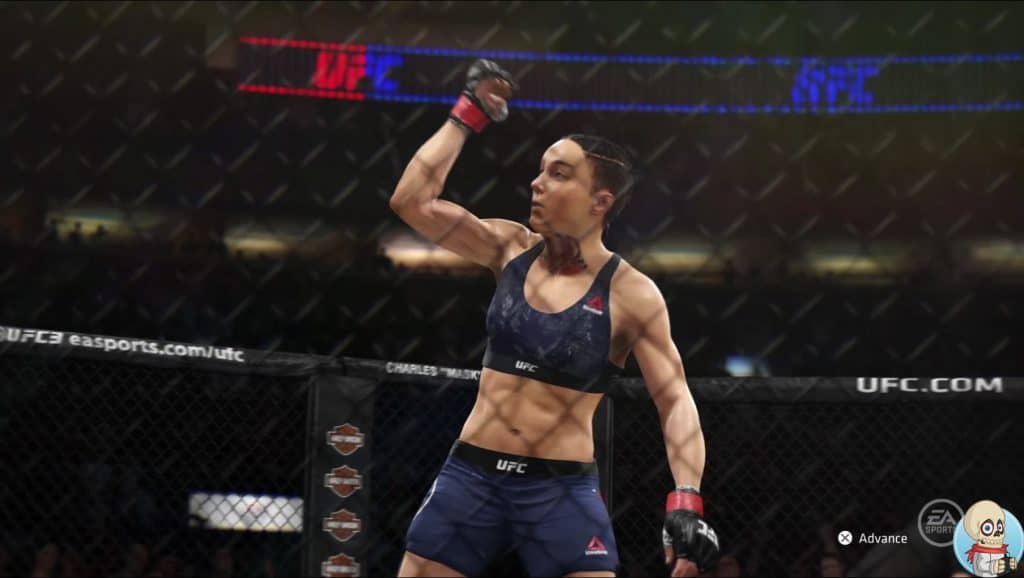 The Ultimate Team Mode makes a return, with a few changes from the previous game. You build up a collection of four fighters to select from and customize each fighter with the moves and perks that suit your style of combat. As with every other ultimate team, you build up points/coins/credits through fights which you then use on packs, but progress can be desperately slow without flashing some real-world cash. If don’t feel like grafting through dozens of fights, you can pay for coins with the ever popular micro-transactions. That said, there’s a lot more to enjoy in the game besides Ultimate Team Mode, if paying for coins and packs isn’t for you. 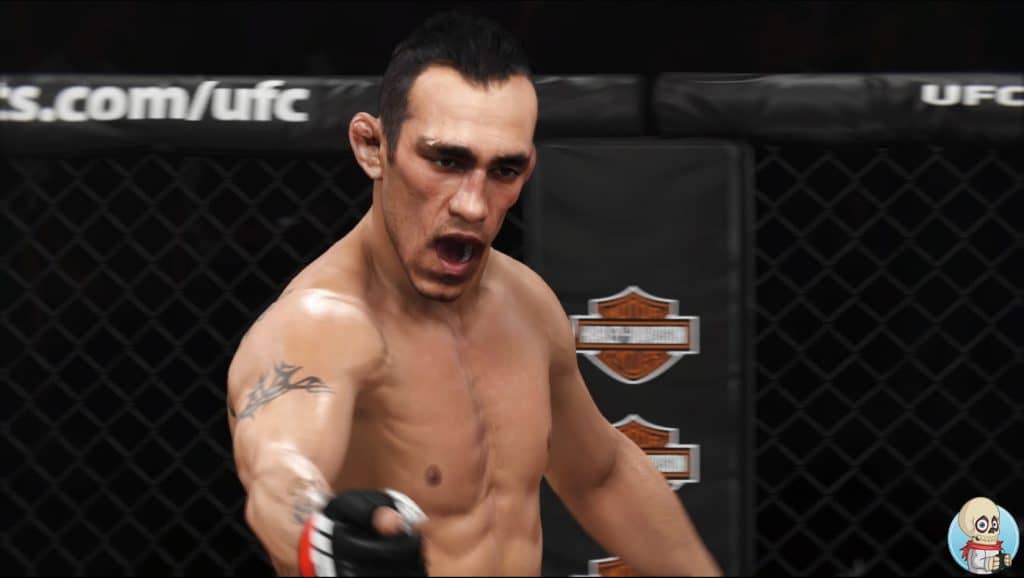 UFC 3 has solid scores in their new striking system and career mode, which are vastly superior to 1 and 2, yet when the game goes to ground it becomes lacking; EA need to bring their grapple game to the gym and work out the kinks. It will give beginners a hard time, but it rewards those willing to put effort in to learn. If you like MMA, then this is surely the game you have been waiting for.