Every Studio Ghibli film that has ever been released is awash with nostalgia.

A lot of recurring elements contribute to this; children as protagonists, the relationships between humans and nature, traditional story-telling and the constant teasing (and often withholding) of a bigger, more fantastic world that we can’t always see.
When Marnie Was There has all of these things, but the nostalgia it serves up is delicately garnished with forgotten heartache and wistful memories. 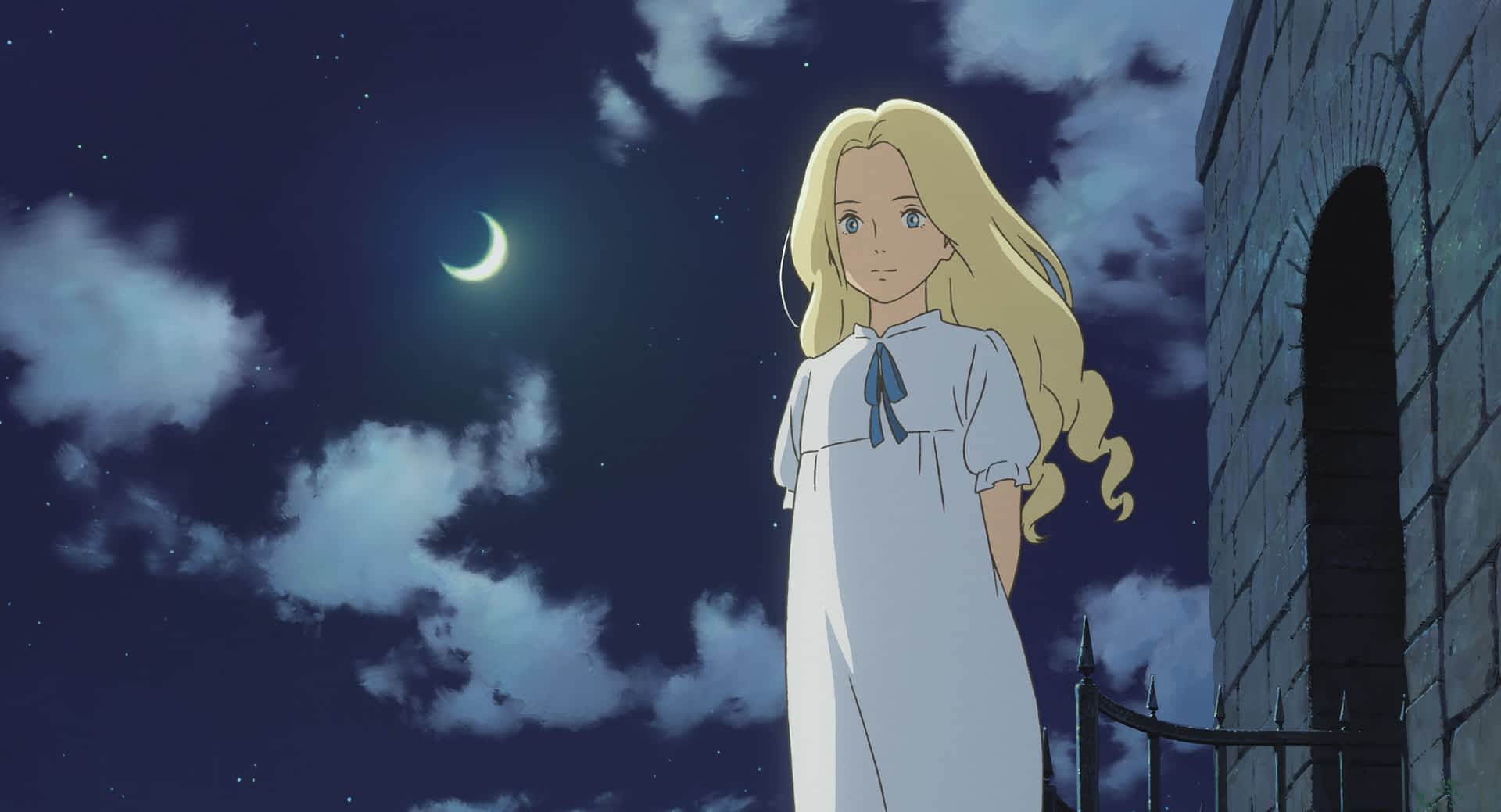 Our doe-eyed hero this time around is Anna Sasaki, a teenage girl visiting the seaside for summer. With her boyish brown hair and soft features, it’s easy to see her as a teenage Satsuki, from My Neighbour Totoro, and easier still to see this as an organic continuation of that story.
For you see, while Totoro is all about the innocence of youth, Marnie deals with the transition into young adulthood and finding oneself.

And we all know how complicated that can be.

Right from the off, Marnie establishes itself as a more sombre film than Miyazaki’s seminal classic. Within minutes of being introduced to Anna, the topics of alienation and depression are breached. The film isn’t informed by these afflictions however. Instead, the tone is set by the film’s central theme: that of recovery.
It isn’t weighty, but it does deliver that familiar sensation that one feels when walking into a Pixar film; that we’re probably going to walk out two hours later, in tears. 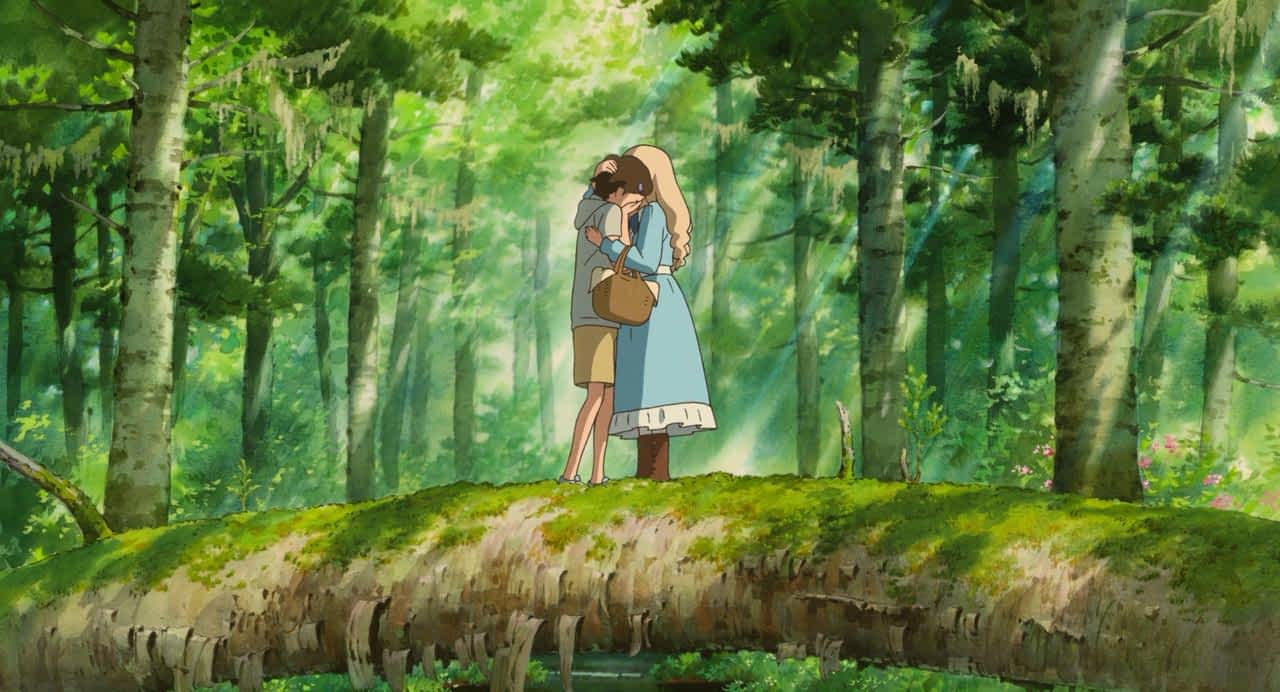 Before parallels with the traumatic Grave of the Fireflies begin surfacing in your mind, rest assured; this is very much about life and self-discovery. Anna’s aunt and uncle, Setsu and Kiyomasa, add comic relief to keep things warm and light-hearted. They are a middle-aged and happily married couple, blissfully at one with nature and the community.
So it’s a given that they squabble with each other constantly and often over nothing.

It’s difficult to describe the film without spoiling it, but needless to say, the eponymous Marnie carries a lot of it. She is a mysterious girl who drifts into Anna’s life almost seamlessly and without ceremony. She arrives with less of a bang and more like a partially remembered dream. And while this would feel like a shoddy introduction in most cases, it works quite well in the character’s favour here.
She puts the audience in mind of a manic dream pixie girl, but one who is actually weary of featuring in the fantasies of soulful young men. 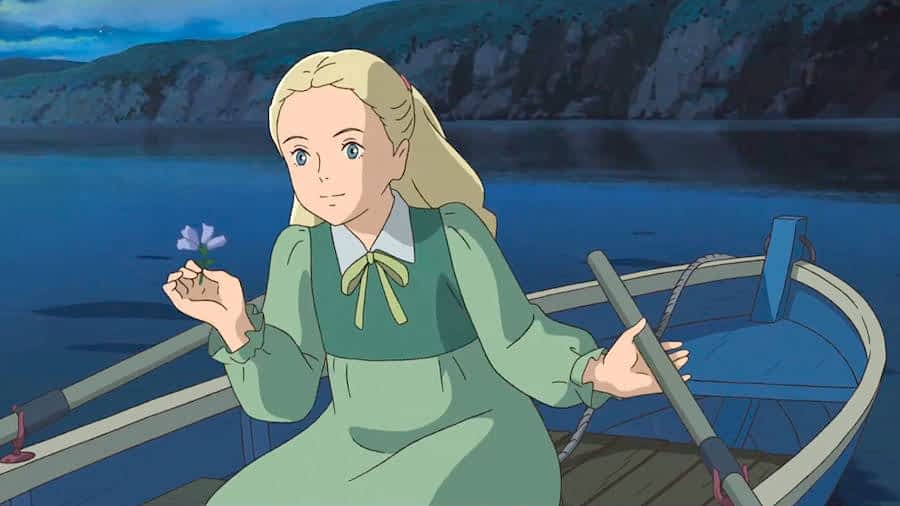 The events that unfold between Anna and Marnie are, in a word, melodramatic. A lot of the dialogue feels seasoned and dusty, but curiously engaging nonetheless. Almost everything about Marnie feels a little ‘off’, but in a way that intrigues rather than disarms.
For example, a running game that the two girls play on consecutive nights will seem very implausible to modern audiences. But then, the idea of flying a kite or building sandcastles for hours seems implausible to most modern audiences.
It doesn’t stop it from being charming and, yes, nostalgic.

There is a curious warmth to Marnie that feels…distant. Like Anna, we immediately want to know more about her, what she likes and who she really is. This information is kept frustratingly out of reach however, which tantalizes our curiosity further.
It’s the moments when Marnie seems like just a normal girl, such as playing in her bedroom or cowering in a thunderstorm, that are actually the film’s best. 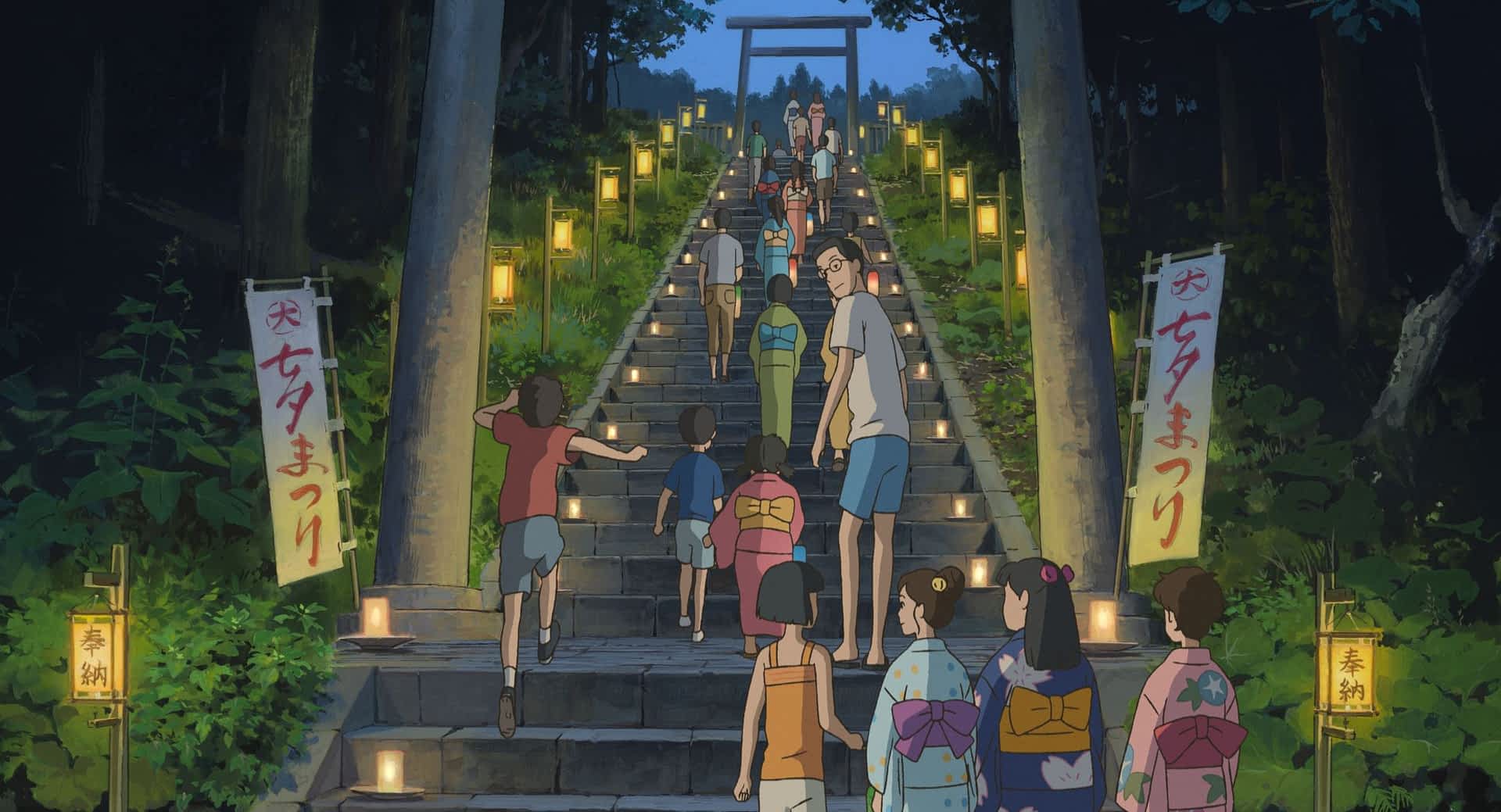 When we are reminded this isn’t the case, you do get the sense that you’re missing out on something. The plot is deliberately hazy, and you’re often left wondering what exactly is going on with these girls.
There is a payoff in the end, and it packs an emotional wallop. Yet there isn’t quite the sense of achievement you would hope for.
We are simply given an answer, in a manner not unlike someone peering over your shoulder while doing a crossword puzzle. Previous scenes might make a little more sense at this point, but there is little hope of deciphering the puzzle from them alone.

It’s worth noting that the person who gave you this answer is one of your oldest and dearest friends, and not a surly office worker as you may have imagined. You wouldn’t hold a grudge against them and you surely won’t hold a grudge against Marnie.
It’s a beautiful film, rarely sublime, but constantly picturesque. It has a visual style that works in tandem with the humble and serene story. In fact, one of the film’s most powerful moments is conveyed in an incredibly subtle manner, which could easily be missed.

The overall effect is as pleasant to behold as the sensation of the ocean waves lapping at your bare feet.