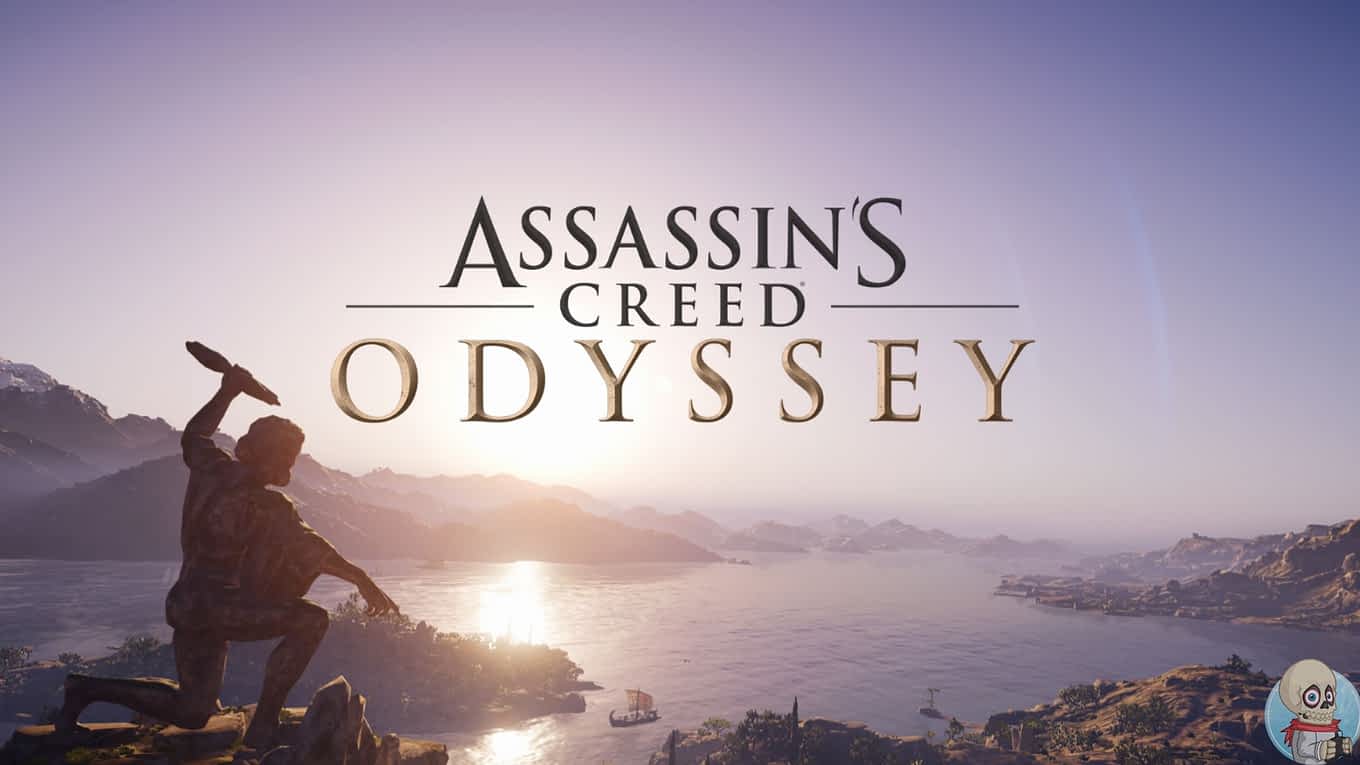 Set in Greece in the year 431 BCE, Assassin’s Creed: Odyssey’s story revolves around the Peloponnesian War where Athens and Sparta wage war to gain control of various parts of Greece. You play as a mercenary, fighting for both sides as you begin your journey to discover your family history, venturing down unexpected paths. The choice between Kassandra and Alexios, the main characters, is purely down to preference; minute differences that exist have very little effect on the main storyline. Odyssey is shaped by the dialogue you choose, and decisions you make; while one decision might not seem very important at the time, it can drastically change the course of the storyline, making each players odyssey truly their own unique adventure. (For clarity, and the purposes of this review, Odyssey was played from Kassandra’s point of view.)

Your Odyssey begins on the island of Kephallonia working for Markos, a tradesman who found Kassandra on a beach and adopted her at a young age. As a mercenary, you are given many tasks from Markos to complete to earn drachmae, the in-game currency. Markos gives you plenty of quests to encourage you to explore Kephallonia, which reveals old abandoned settlements and statues of worship. Phoibe is another, significantly younger companion of yours and Markos, helping you in various quests while also giving you some of her own. A quest turns up for the bounty of the “Wolf of Sparta” – from here, clues to Kassandra’s past start turning up, and struck with an intense desire to find him, she sets sail for Megaris, thus truly beginning Assassin’s Creed: Odyssey.

The Assassin’s Creed franchise has accomplished much through the years, in many areas of game development, but Odyssey has taken strides past them all; the cutscenes are superbly cinematic, intense, and well crafted. I couldn’t believe how life-like the characters were as they show raw emotion during adrenaline pumping battles, solemn speeches, and heartfelt moments between loved ones, and this really helps players invest heavily in the characters within the game.

The level of detail in the character models is increasingly impressive the more you look at it; strands of hair, skin textures and scars, scuff marks on leather and steel armour, and scratches on weapons and shields all contribute to the realism that video games are still striving for. The landscapes and vistas demand that I pause for a moment to look around, no matter I am; they come alive when the sun hits them at certain times of the day which makes exploring both the wild countryside and bustling towns a joy. The colour palette is vibrant as the game appears to be set in late summer or autumn. The green colour of the trees contrasts beautifully against the bright blue sky, making Greece look like a paradise, despite the war. Temples, buildings, and carved statues all feel freshly chiselled, painted in soft hues to pull you deep into the fantasy of truly walking through the many provinces within Greece.

Assassins Creed Odyssey has a more unique and fresher style of combat than in previous games. Although you are an assassin/mercenary, you have more flexibility in your fighting style. With this, you have three skill trees that you can upgrade; Hunter, Warrior, and Assassin. Hunters excel with the bow, Warriors learn to use an array of martial weapons like swords, staffs, daggers and spears, to name a few, and Assassins become quieter, stronger, and learn the art of poisoning weapons.

Odyssey makes you consider your choice of weapon carefully; this adds variety to the combat. If you can’t choose between two different types of weapons to use, you have the choice of equipping them both as your main weapon that you can swap between in battle. Not only do you have the endless choice of weapons for combat, you also have a range of abilities to aid you, like a “Bull Rush” or the famous “Sparta Kick.” Seeing an enemy being launched forward from the sole of your boot must be one of the most satisfying feelings in the game. Leonidas would be proud.

Each skill tree is as important as the other, as AC: Odyssey doesn’t require the player to be completely dependent on stealth as much as it did in previous games. Not every ability is available to you immediately, whereas for some skills you will need to upgrade your gear to acquire it, or grind for experience points to further your character level. To some, this may be an agonising chore, but I feel it gives the player a chance to test out the combat and see which fighting style suits you best.

An interesting new addition to the franchise’s gameplay is the option between exploration mode and guided mode. Exploration mode is where the player is given hints as to where their next objective, cultist or artefact will be, using Ikaros to observe the area and descriptions of other landmarks close by. Guided mode does the work for you and will show you exactly where the next objective is, without having to march the hills and plains and save time. Exploration mode will give you what Guided mode will not; the accomplishment at having found the objective and treasures by your own deducing skills, and a sense of adventure of a grand scale; the map is gargantuan, and there’s no shortage of ruins to explore.

The enemy AI has been upgraded considerably, especially in combat. If you are caught or spotted and hide in the general area, enemy AI will be more vigilant in its search to find you. While it doesn’t succeed every time, the higher possibility of them finding you keeps the game suspenseful. While the AI is enhanced, it still has its few hiccups of enemies being caught on things around the environment like tents, fences, and rocks – but these happen rarely enough.

Sailing at sea has been an extremely enjoyable experience so far, while also being an undeniably important mode of transport as some islands will be inaccessible without it. Once acquiring it as you leave Kephallonia, you quickly learn the controls which are very simple to both use and remember. The travel speed is neither too fast nor too slow and switching back to manually controlling the ship is quick which is vital when a group of pirates start to attack you. If you sail too far ahead without levelling up high enough, there will be ships that will destroy you in seconds, giving you the incentive to level up and grind more to gain more access to the sea.

Having barely scratching the surface of what’s on offer in Odyssey, it is a jewel in the crown of the Assassin’s Creed lineage of games; Ubisoft have worked tirelessly to make Odyssey into an epic journey that even the ancient Greeks could come to admire.