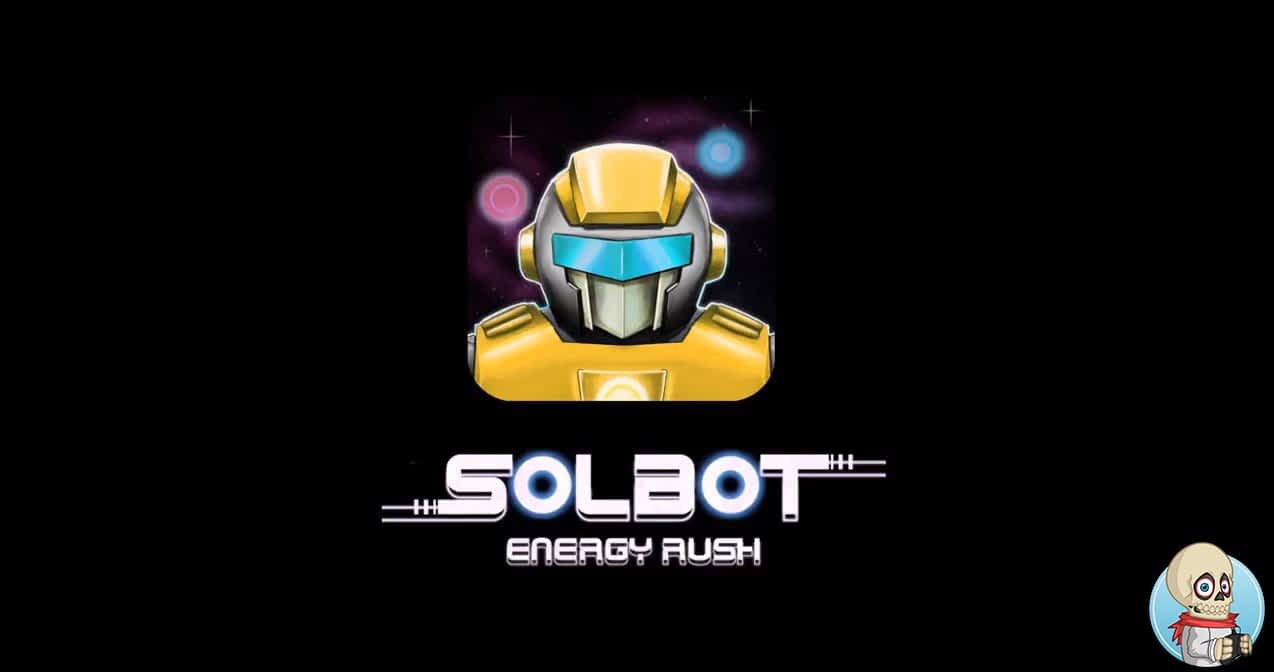 Solbot Energy Rush is a casual mobile game for both Android and iOS, where you play as a robot and collect renewable energy resources as part of a space mission.

It’s an easy game to jump straight into whether you’re new or experienced. The controls are easy to master, and the idea is straightforward; collect orbs with the golden rings around them as fast as possible to get a high score, with the use of power-ups as you progress through the levels. The speed is quite slow in the beginning to allow new players to get the hang of it before ramping up the speed and frequency of orbs. Keys, which can be earned and used to continue if you get knocked out of the game by a rogue orb, help players to score higher points. There’s a modest array of power ups to help you progress but are more than enough to gain some headway through some of the higher levels. 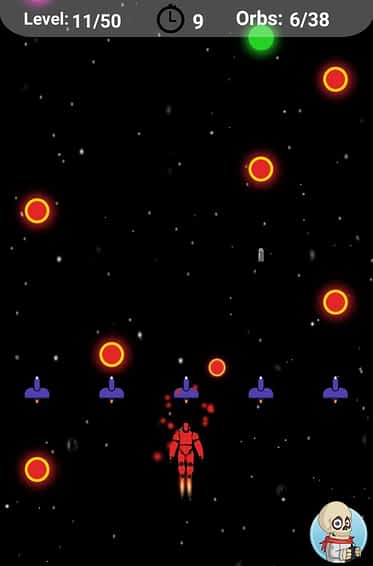 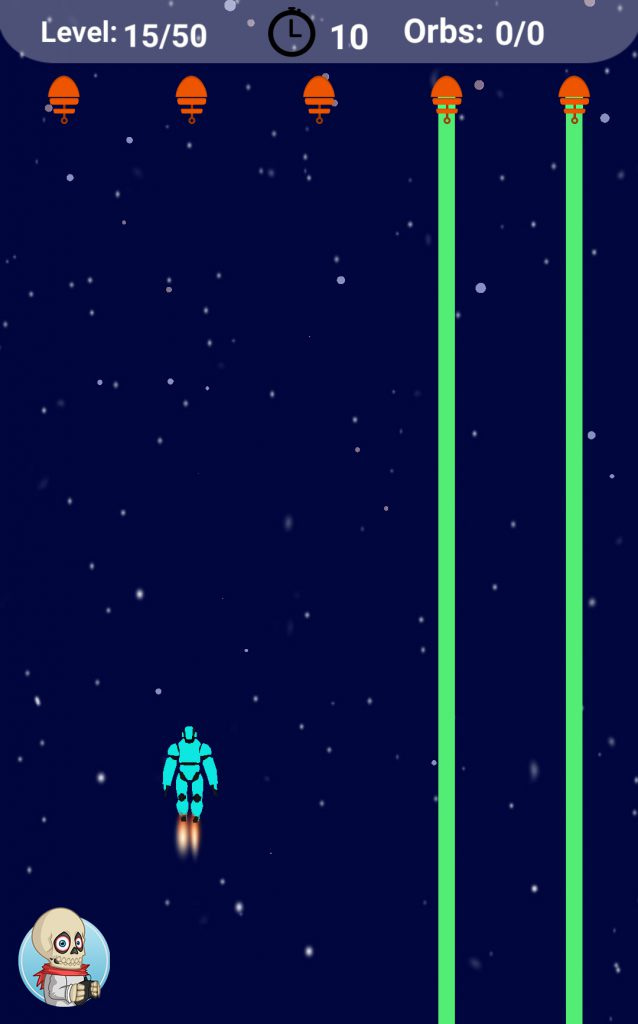 Let’s start with the obvious pro; the game is free to play. Ads are in the free version but are not nearly as invasive as other mobile games – they remain solely at the bottom of the screen, out of the way of the playable area of your fingers. The usual tactic of watching video ads to gain extra keys/lives/continues is used, but the reward system is surprisingly fair. A daily key can also be earned by reading one of the various messages about energy efficiency and sustainability within the menu. No micro-transactions are always a big plus as far as I’m concerned.

It is an impressive piece of work, when you consider the original concept was developed at a game jam by a small team, working on colour mechanics – even more so when the team worked remotely to be able to complete the game to take the concept into production. The overall gameplay is very smooth, simple mechanics that are very responsive, making it very much the onus of the player to move with nimble fingers. The animations, simple but effective, have enough detail to catch the eye. The very slight lag experienced when the phone buzzes from a notification is easily solved by turning on Do Not Disturb for your game session. 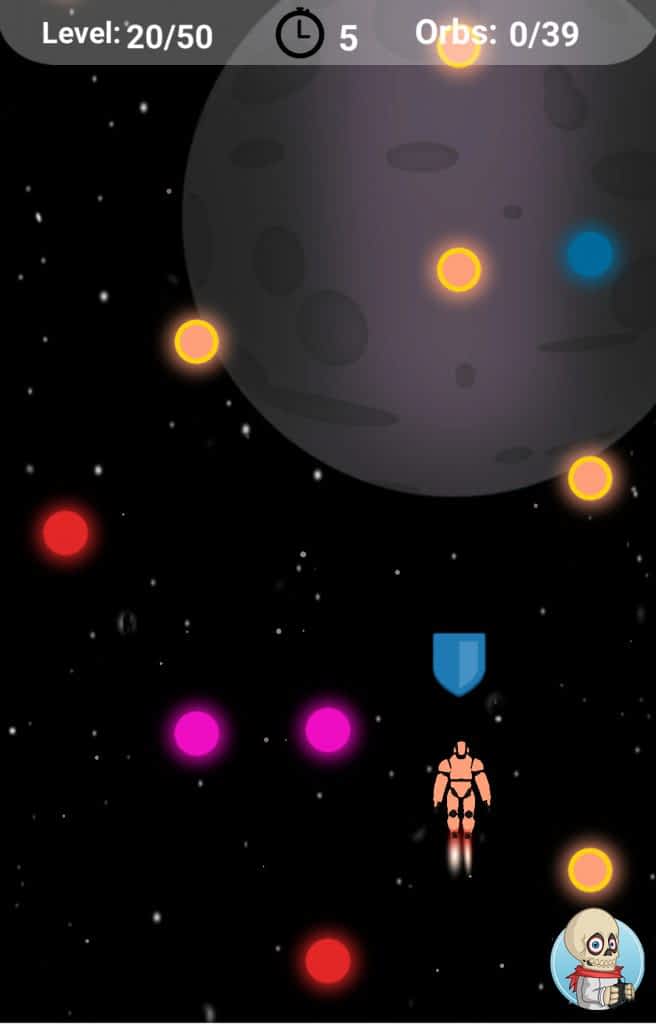 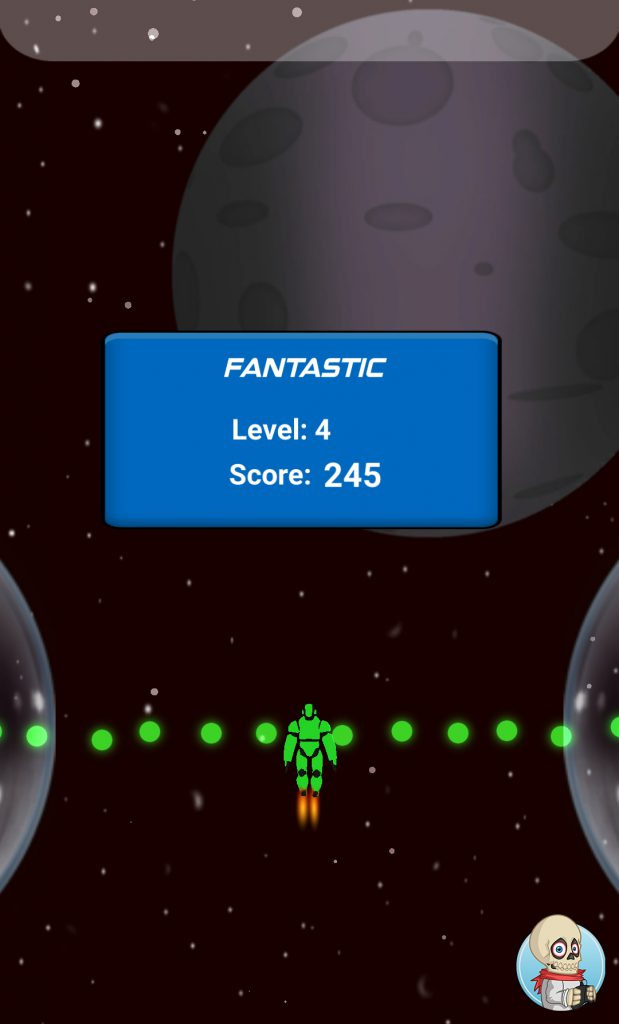 My only gripes with the game lie with the story telling and repetition. The music, while well crafted for endless looping, gets tiresome after playing 20 levels in a row – some variation in background music would definitely help. The story telling is bland with quite a few recycled lines; every 10 levels or so, there’s a little bit of dialogue between Solbot and The Commander to break up endlessly slogging through each level of multicoloured energy orbs. On some levels you will be required to dodge around beam lasers, but a bit more variety in game modes would certainly be a welcome addition to the roster.

A particularly admirable trait of Freakout Games is their commitment to injecting social issues facing our world today into their work, which makes itself known in Solbot – a whole portion of the game is devoted to informing players about energy sustainability and efficiency, relating to the global cause of climate change.

Currently at the time of writing this article, there are only 50 levels, but having only been released since July, and with the promise that there are more in the pipeline when you reach level 50, there’s a fair chance that an update to the game should roll around pretty soon. We placed a modest 16th on the leaderboard – not too shabby! 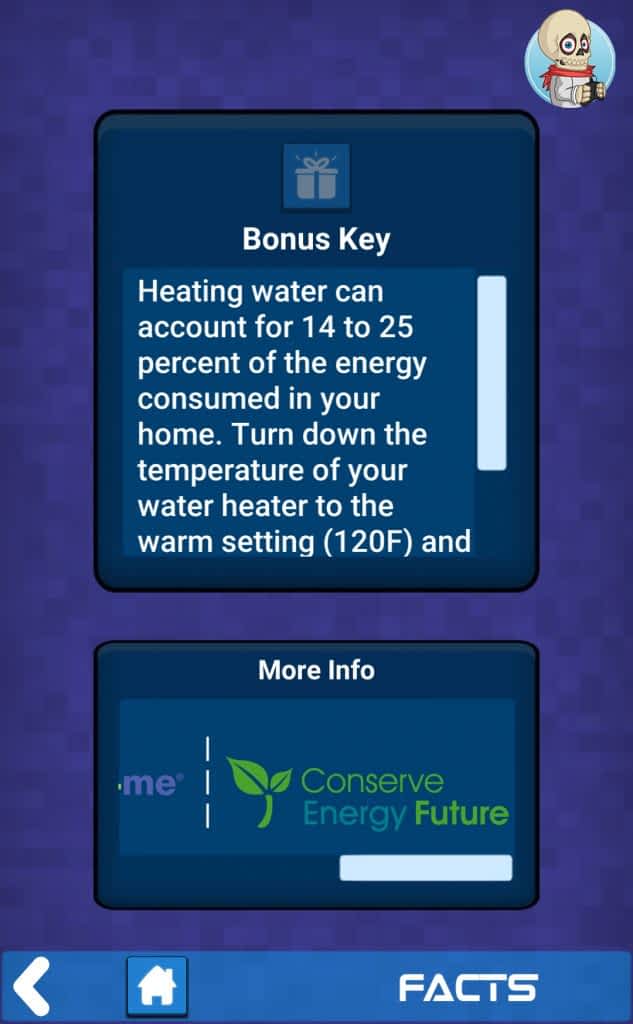 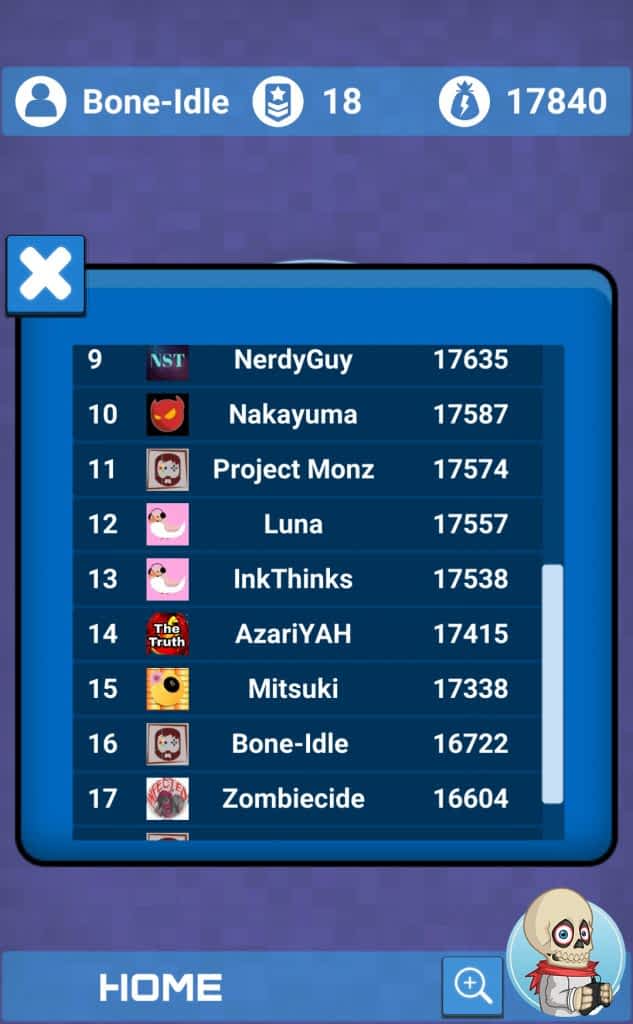 In the end, the game is a bit of a rough jewel; it needs a little bit of polishing up to make it shine like it should. It has a solid foundation in its construction and mechanics, so it’s already off to a great start, and going in the right direction.

Check out their trailer here:

If you want to give them a follow on social media to see what they are up to, they are available on Facebook, Twitter and Instagram, and find the game on iOS and on Android at these links.