When Assassins Creed: Rogue was released, Ubisoft made the interesting choice to have it only available on the aging PlayStation 3 and Xbox 360 consoles. Assassin’s Creed: Unity was released for the newer PS4 and Xbox One. As gamers were steadily moving over to the next generation of consoles, Rogue was a game that could easily have fallen through the cracks of the crossover.

Now, however, Assassin’s Creed: Rogue is getting a second chance to show its worth with the recently released remaster. The big question, as it is with all remastered games, remains: is there enough improvement been made to warrant playing a last generation game again? It can be tricky knowing whether it will just be a polished-up port of the old game, or if substantial work has gone into smoothing out any kinks in the mechanics and updating graphics. 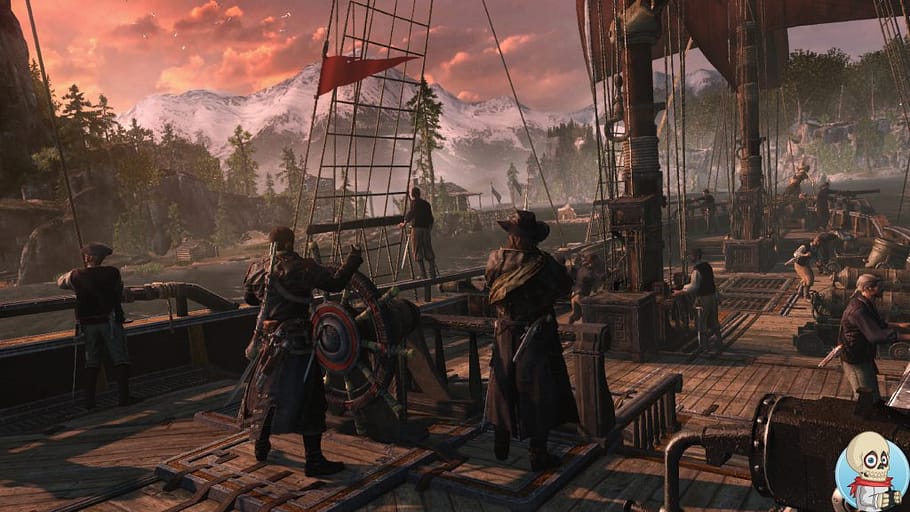 If you’ve never played Rogue before, you’ll find this remaster is certainly worth your while. Sprinkled with characters from Black Flag, Assassins Creed 3 and Unity, fans of the series will find Rogue makes a solid contribution to the Creed saga. Those of you who have already played Rogue before, on the other hand, may find that, even with the included DLC content, there is simply not enough here to draw you back into the life of Shay Patrick Cormac. 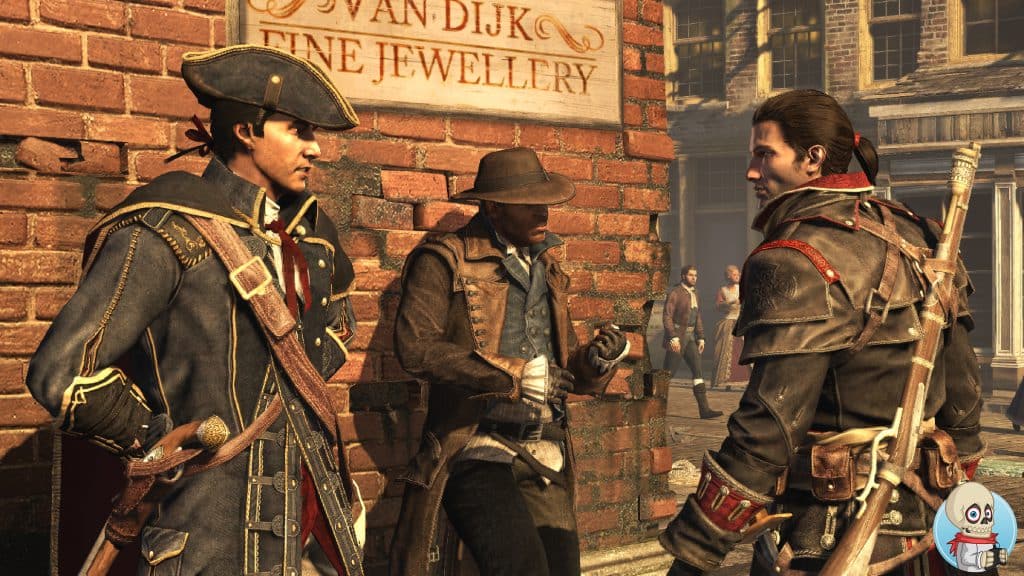 Rogue was a great looking game on last gen consoles, and the remastered version does a good job of showing off the work put into the game’s graphics. The upgraded resolution, improved rendering and steady framerate makes Rogue a treat for the eye. Sailing across the frozen waters of the North Atlantic has never looked better. There were times when I just stopped actively playing missions and just sailed the seas while listening to my crew singing sea shanties. There are plenty of songs to listen to, but, akin to Black Flag, collecting them must be one of the most tedious tasks ever included in an Assassin’s Creed game ever. On top of that, there are so many other collectibles in the game, there’s a distinct feeling that they were added in as poorly disguised filler, and I never felt motivated to collect every item that I saw in my map. 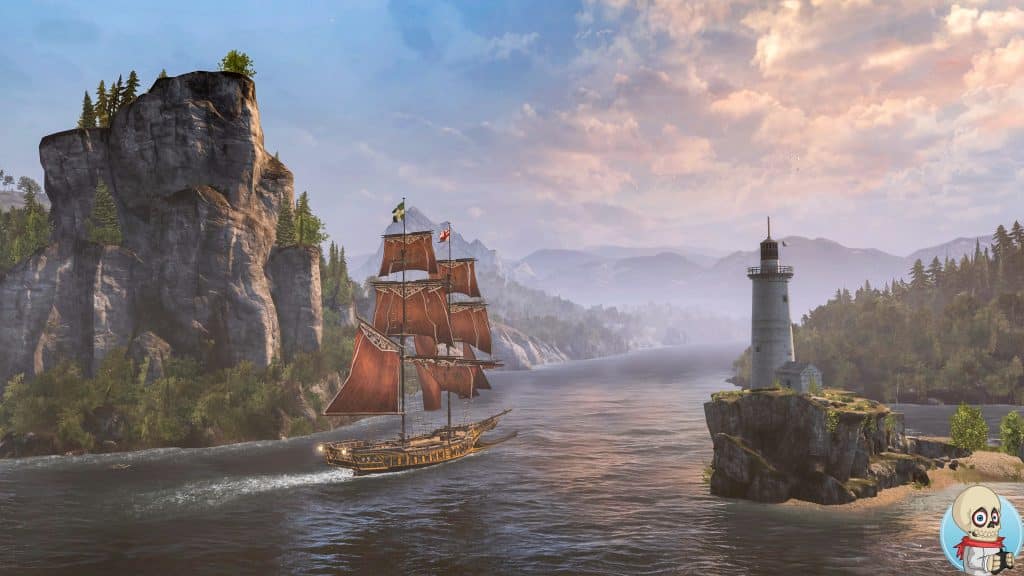 The story behind Rogue is a controversial, but noteworthy one. It’s the first time that players are put in a position where they must question the righteousness of the Assassin Order. Shay begins his story working for the Assassins; however, due to his morals being tested by the Assassins’ methods, his allegiances switch over to fighting against them, over time – Shay’s story is inextricably linked with the events of Assassin’s Creed 3, and, smaller in note but no less significant, that of Assassin’s Creed: Unity. The story is so well told, it doesn’t feel like such an impossible switch for Shay to make. The main story is one of the shorter Assassin’s Creed tales, but it was a wise choice not to drag out the main story just for the sake of extending the game’s run time. 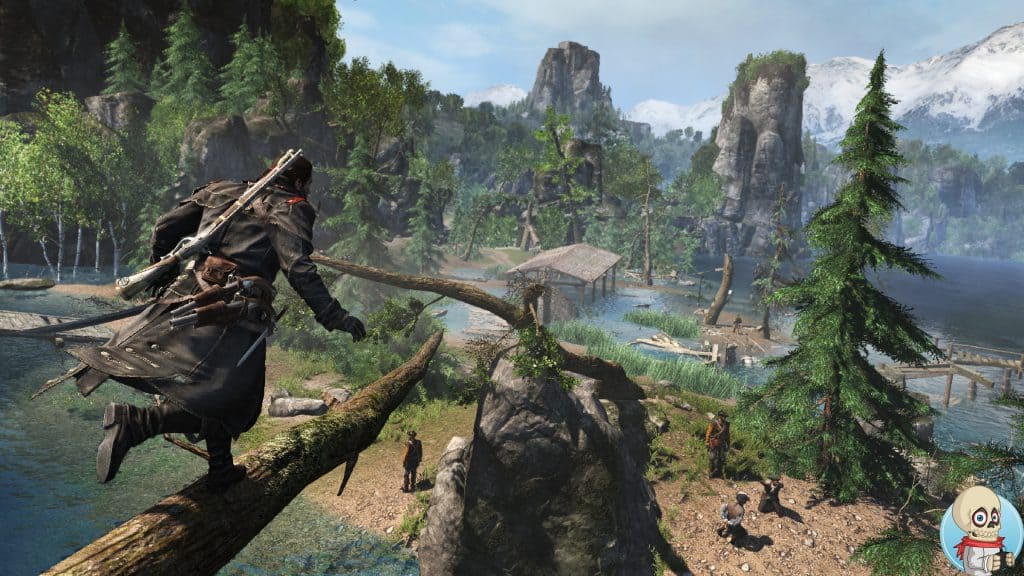 The area Rogue lets itself down most is in gameplay. Like many of the Creed games that have come before and after it, controlling the main character can be such a pain at times. The problem with running, for example, if you get too close to an object, the climb action triggers, and while you are stuck clinging to building you had no interest in, your mission target manages to escape. The free running is great when it works – I loved the sequence in Lisbon – but when you randomly jump into a wall or miss the landing onto the docks and into the water for the fiftieth time, the feeling of being a deadly assassin is quickly washed away.

When Rogue was first released, it fell under the shadow of its bigger brother, Unity, and the poor reception that Unity received meant Rogue was quickly forgotten and never really appreciated for being a solid game. The remaster suffers a similar fate, as the truly excellent Origins shows how great the series can be. Players stepping into past titles may find the games feel too “last gen” for their comfort – Rogue was originally released in 2014, so the advances in mechanics and design in just four short years are huge in magnitude, when you compare a game like Rogue to the newest in the series, Assassin’s Creed: Origins. 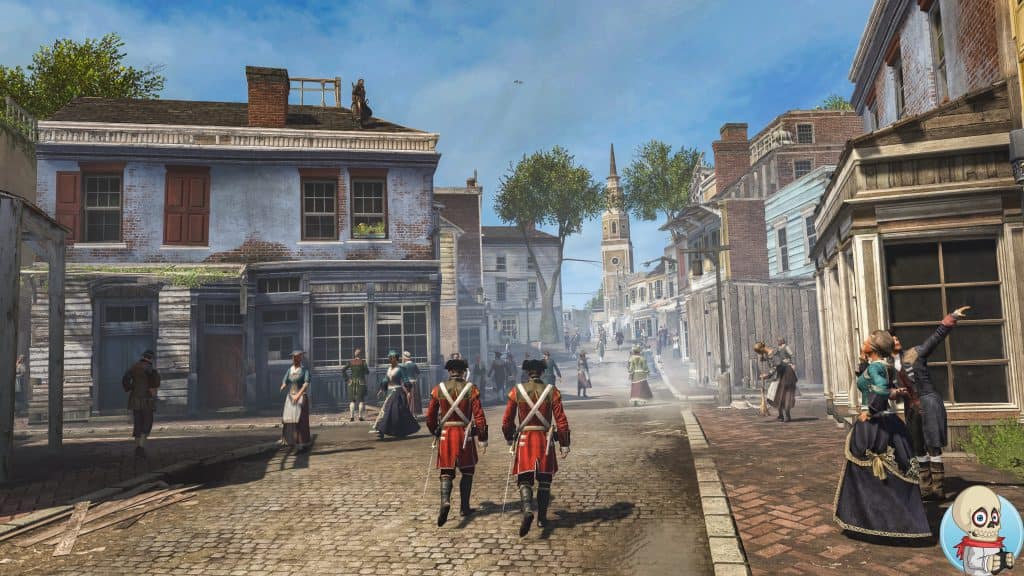 in the end, Rogue is well worth your time if it was a game you missed the first time around. If you have played it before, then there is not a whole lot here to draw you back. The graphics are better, but the gameplay has the same flaws as before. Of all the latest generation Assassin’s Creed games, I would rank this right in the middle, better than Unity and Syndicate, but not as high as Black Flag or Origins.