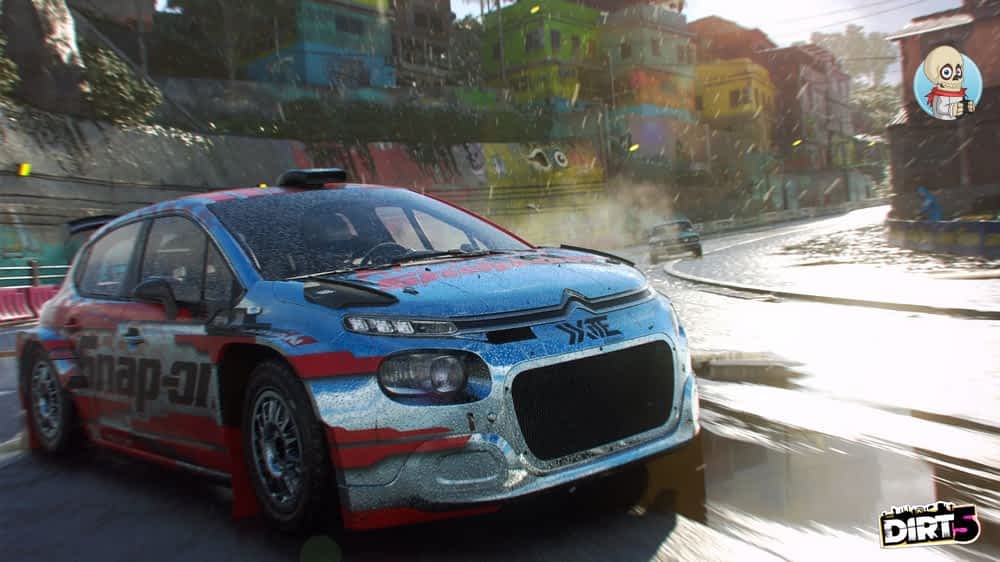 DIRT 5 is one of the first genuinely Next Gen titles to launch on day one with the Series X. So naturally, it was the first game we downloaded and were not disappointed with what we found. DIRT 5 is an over the top bombastic racer that is every bit as fun to play as it looks.

The first thing that hits you is the presentation. Bright colours fill the screen and the music blasts out, and that’s just the menus!

When you start to actually race it steps up another gear. Racing tooth to jouls with the other cars across mud and ice and over huge jumps is exhilarating. Topping off this fun driving with stunning weather and lighting effects and you have an amazing Next-Gen experience to assault your senses.

If you are coming from the hardcore Rally sim that DIRT 2.0 delivered, then you might be a bit disappointed to find that DIRT 5 is very much an arcade racer. Taking its influence from titles like Drive Club, Motorstorm and indeed Dirt 2/3.

The result is a game that is easy to pick up and play, a game that immediately makes you feel like a great driver.

A game that is lots of fun to jump into friends (supporting both online and up to 4 players split-screen locally) but ultimately one that fails to offer something truly compelling for those looking for a deeper single-player career mode.

The single-player career mode is usually the first stop for players. You will jump from event to event with each one offering a very different setup. Different cars, tracks and goals varying from traditional rally courses across mud, gravel, and ice, spanning across decades from the ’80s, ’90s and modern eras. But it also throws in Rock Bouncers, Super Lites, Formula Off Roads to give a massive amount of variety.

The career mode is topped off with two commentators that have this kind of fun bickering relationship that in any other setting might have been annoying, but thanks in no small part to the voice talents of Troy Baker and Nolan North, it fits the style and tone of the game perfectly.

Have I mentioned the amazing Presentation?:

I’ve already mentioned the visuals but it needs to be reinforced just how good this game looks. The attention to detail on the cars, the tracks and the elements is so striking that I had to look into it a bit more. It turns out DIRT 5 is built by the studio Codemasters acquired the team behind Drive Club so perhaps it comes as no surprise that it looks this amazing.

As you see in the screenshot below there is a very bright and fun aesthetic that is interwoven with every areas of the game.

The world is your Playground;

Outside of the career, you will likely spend most of your time in the Playgrounds. This allows you to build your own tracks, again it isn’t inaccessible to build your own, but you are also able to dig into the seemingly endless catalogue of player-made tracks that will keep you playing for months.

Not as deep a simulation as perhaps DIRT 2.0 fans wanted but are right on the nose of what the arcade Rally fans wanted. It looks amazing, it is presented in an over the top fun way and this fun shines through every aspect.

With over 70 tracks across 10 locations, It is a great game to pick up and play and one I will keep jumping into for quick blasts for a long time, but it is probably not one I can see myself investing hours into in a session in one night as I might have with a more challenging sim….but at the same time I’m less likely to give up in frustration too!

Note: Dirt 5 was reviewed on an Xbox Series X, Microsoft provided us the code so we could fully test out the console.