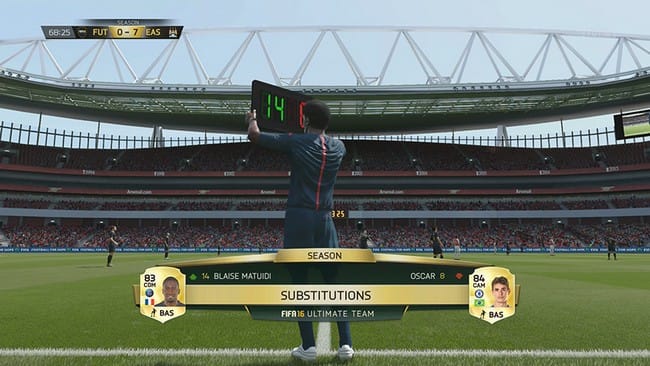 Every single year EA brings out a few FIFA game. Every single year I tell myself that it will be just the same as last years and I convince myself not to get it. Then, as sure as England having no chance of winning another World Cup, I end up always getting them.

This year’s FIFA, to my delight, is so much more than just a simple roster update that older FIFA games could have been accused of. Ultimate Team, Career Mode, Draft Mode and plenty of other features mean this FIFA is by far the best FIFA in recent memory.

Straight away my first impressions are that the graphics look a lot better stadiums, player likeness and even the pitch looks incredible. Overall presentation is top notch and there are a few new lines of commentary that make it all feel new (but like other years of overplay they may become repetitive fast). Of course the team sheets have been updated with the latest player transfers.

An in game tutorial called “FIFA trainer” can be turned on or off as you’re playing, for season pro’s it might be intrusive but for those coming onboard it is a real help in getting to grips with the mechanics.

When I started my first game, I could immediately feel how different this FIFA was to its predecessors. If you think that just because you dominated in FIFA 15 that you will have the same experience here, think again. When playing against the vastly improved AI or against a human opponent you will very quickly discover that speed is no longer the key to victory.

Matches in previous FIFA could often seem like the only thing needed to win was to run down the wing with your fastest player then cross the ball into the box and score. Now matches are more like playing a game of chess, carefully probing your opponents defenses as you search for an opening to exploit.

Pace still has its uses of course but high physical and passing attributes are much more valuable than they have ever been before. Defending was an area that FIFA 15 seemed to have forgotten about but this time it shows right from kick off that defending was given a lot of attention. Goalkeepers have also improved noticeably. 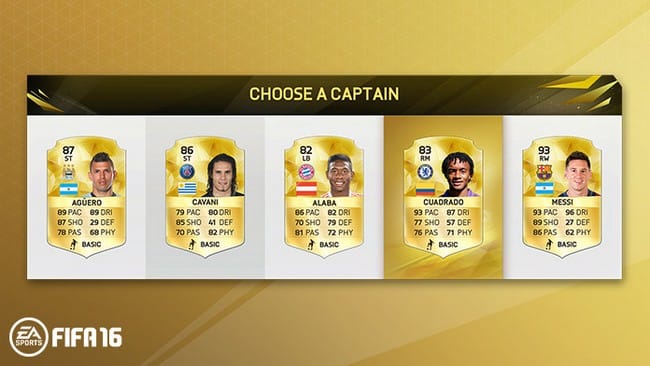 Ultimate Team is still the most popular and most profitable game mode in FIFA 16. The draft mode is an excellent addition to ultimate team that, while expensive to enter (15000 coins), will also give good rewards to players who lead their team to four wins in a row.

Beyond Ultimate Team, FIFA still has plenty to offer. The career mode has been improved upon again and the returning interactive world cup was sorely missed in the last few FIFA games.

Overall: Still, FIFA is a game that does have flaws though. Strikers are still standing still outside the box on corners while attacking and my central defenders stand outside the box while defending corners. Penalties are also far too easy to concede but maybe that’s just my hatchet man approach to defending.

All things considered, FIFA 16 is a much better game than last year’s version and while not perfect is an excellent addition to the FIFA legacy.