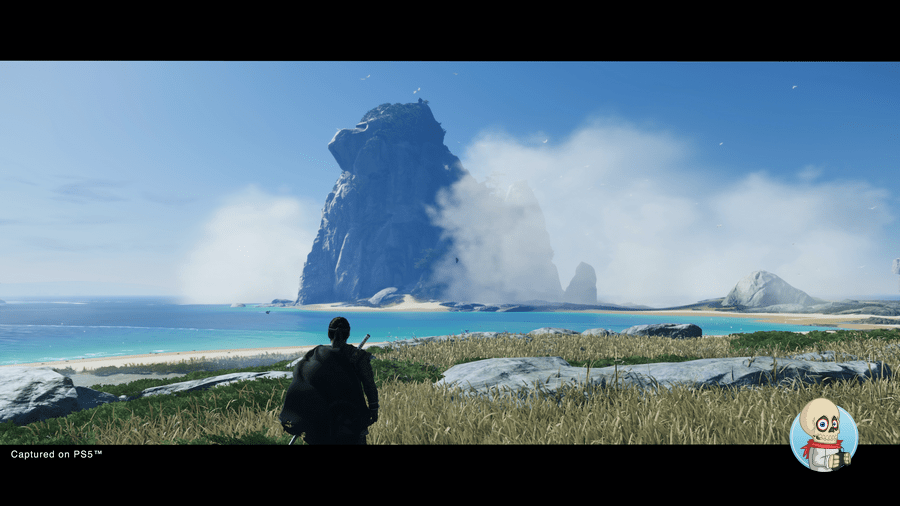 Considering Ghost of Tsushima was released a little over one year ago. You could be forgiven for thinking it might be a tad soon to be releasing a “Director’s Cut”. But if you consider all the free updates that have been added over the past year. Plus the new Iki Island DLC, there’s enough here to entice players both old and new.

If you already own the original on PS4 you can upgrade for around €20. If you own it on PS4 but have moved on to the PS5 the upgrade is around €30. If you bought the new Director’s cut on PS4 and have now got a PS5 that upgrade is only a tenner. Otherwise, you are shelling out full price for the whole game, but it is such a full package now it is well worth the money.

There is a big jump in performance from PS4 to PS5 but most of that was delivered in the free update that gave the original PS4 version a boost to 60FPS when running on PS5. The PS5 version now runs butter smooth at 60fps in Resolution mode. Don’t bother with performance mode, you don’t get any extra performance but you do lose visual quality.

For returning players, the value on offer will depend on when you first played. If you dipped out within the first four months after launch, then there is a good chance you missed a host of great updates. Not only the performance improvements mentioned above, but also new trophies, a new game + mode, and the new multiplayer update called “Legends”. This lets two players play as samurai and adds some story missions. Up to four players can do some raiding or tackle waves of enemies. All are very good fun.

The full bundle is already pretty good value. But then they throw in the new Iki Island DLC which adds a new area to explore with around six to seven hours of a new campaign that can be stretched out to 10 if you do all the exploring.

As the DLC makes up the biggest update in the Director’s Cut, the review will focus mainly on that content from here. You can read the review of the original here.

In order to unlock Iki Island, you do have to play through Act 1. If you have them you can transfer your save files from the PS4. Or like us, chose to restart completely. Once you hit the start of Act 2 a pop up will direct you to a new location. You don’t have to go right away but you do have to physically travel there to start the DLC.

Once you land on the island you get locked into that story for a short period. It is not too long and once that opening bit is done you are free to hop back and forth to the main island.

Should you finish the campaign before playing the DLC? Maybe. That depends on how you feel about spoilers. As you land on the island there are a few lines of dialogue that reference the end of the game. It isn’t anything earth-shattering but fair warning if you want a clean playthrough I’d advise finishing the campaign first.

While the DLC is technically set after the main campaign. You can head there, and finish it, before playing Act 2 with little impact other than gaining a few new skills.

The island itself is home to a number of new bits and bobs. You can now play the flute to lure in Cats and give them a little rub on the head. The island is full of cats. There are Deer and a bunch of monkeys, although I never got to pet the monkeys. (Update: After some extra exploration, I found the monkey sanctuary, it is in the bottom left of the map. Now I can pet the monkeys too!)

The enemies are much smarter and harder too. They will regularly switch from using swords and shields to spears which means you also have to counter this by switching up your own stance mid-fight. A new enemy type (Shamen) will stand back and chant. This chanting gives the surrounding enemies a boost in terms of aggression and defence making group battles much more difficult.

Not to be left out, your faithful horse will also get some new upgrades. The first allows you to ram into enemies and send them flying. The rest are less violent, but the new saddle bag that lets you carry ammo and refills any time are very handy.

In terms of the story. Iki island has been taken over by a new Mongol tribe led by”The Eagle”. The island has long been the home to “Bandits and Raiders” but was also once the scene of a brutal Samurai invasion that subjugated the locals.

As soon as you land, Jin is captured and forced by the Eagle to drink a hallucinogenic potion that results in powerful visions. These visions continue to flash in and out throughout your playthrough as “The Eagle” tries to get into Jin’s head and have him join her.

Through the visions, and the alliance’s Jin has to make on the island, he is forced to face up to that past and come to terms with what it means to his fathers legacy.

Overall: The Directors Cut is now the definitive edition. Returning players who just want more Ghost of Tsushima, get exactly that. It doesn’t change a great deal but it does give more highly polished gameplay.

New players on the other hand will be delighted with the amount of content included in the Director’s Cut.