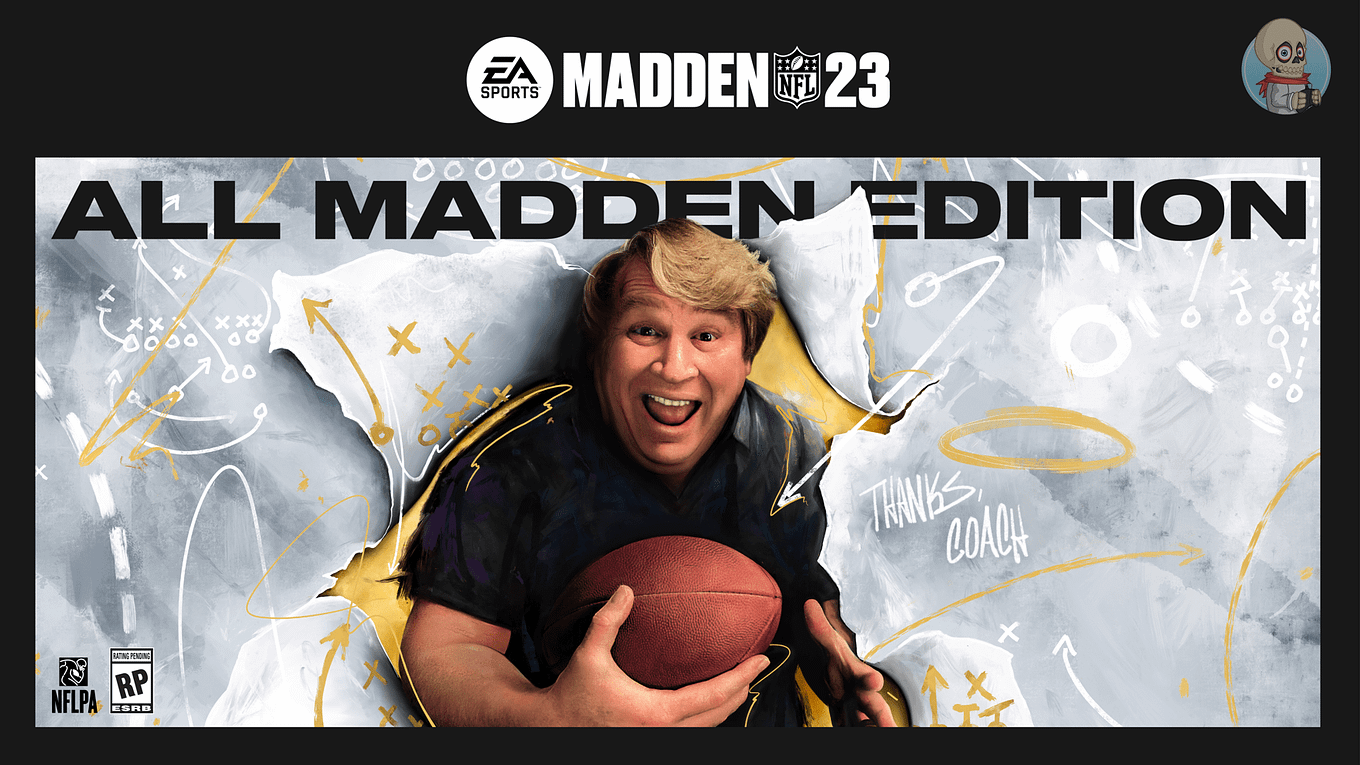 With the American football league finished in Ireland, Madden 23 has come out at a perfect time to fill the void until preseason/football season starts. Excitement has been building with the international games coming to both UK and Germany this year. What with the recent trades in Seattle (the less I talk about it the better; still haven’t gotten over it!), it will be interesting to see how the new team lines up.

Madden 23’s improvements on the base game have created a much more fluid gameplay. A big push this year is the new skill-based passing/accuracy passing; new 360 cuts as Running Back, and new Wide Receiver (WR) vs Defensive Back (DB), using the new fieldSENSE. It makes the overall gameplay more rewarding, combined with the Skill based passing that can help you land the perfect throw, for example, over the shoulder or in tight spots like the red zone.

In the Skill Based Passing, you have the option between Placement + accuracy or placement with power or the classic passing that is used in previous Madden games. There is an option to try the new passing styles before choosing them. In the placement + power, when a receiver icon is pressed a power bar will show over the receiver with the aim to stop the power in a certain section to get a perfect pass. During this power bar motion, there is a slowdown feature that slows down the play.

Upon loading up Madden 23 on Xbox series X, you are faced with a choice; image quality, which allows the highest possible graphics quality, or Performance, which ensures the highest possible frame rate. Having tried out both options under many different scenarios, the difference has been negligible to the point where I haven’t noticed any drops in either mode.

After making your selection, you are put into a John Madden legacy game in celebration of the NFL Legend, both in coaching and commentary. The Legacy game will feature some of the greatest players, past and present, that were named in the “all-Madden” team over the years. The best way to think of it is like the pro bowl, with a display of some of the older Madden logos down through the years on the side of the presentation, with several previous and current NFL players on the either side of the roster, with John Madden coaching both the AFC and NFC (from his different eras).

Players models have undoubtedly improved year on year, this year being no exception – the models really get their chance to shine when a touchdown is scored, or a play is completed, especially when Image Quality mode is active. Clips of the bench celebrating or players going on or off the field, are so well constructed that it almost fooled me into believing I was watching the real thing a few times.

Player animations have been improved both on and off the field, with the new fieldSENSE for hit anywhere, I’ve definitely seen the improvement on tacking. This can range from stack tackles, where a button prompt will show to either break the tackle if RB/WR or to get the player down on defence with a chance to cause a fumble.

Players can do one of four types of celebrations after a sack, tackle for a loss, 1st down and touchdown return from last year. However, after enough hours racked up, these can get repetitive. Taking a leaf out of FIFA’s book in this case would really benefit here; it would be good to customize these or bring in a celebration menu.

Madden Ultimate Team, Franchise Mode, and Face of the Franchise all return this year, whereas The Yard, Superstar KO and online head to head sit under multiplayer.

Ultimate Team is still largely the same from last year and is fairly solid, but Franchise mode has seen a major overhaul over the last few years, as a result of backlash from fans. This year, there are new free agency moves are available, and motivating factors that can be used to negotiate with free agents are now part of the decision making – big market, are there super bowl contenders, their hometown, whether or not the city has income tax, and more besides. There’s also a colour coded scale to show if the player has an interest in your team, so you may have to sharpen your negotiation skills to get the players you’re interested in. Scouting also has been improved; vital information for players is much more accessible, and more scouts have been added to your backroom staff to speed up the process.

Face of the Franchise mode returns once again, which is Madden’s take of FIFA’s The Journey – a story-driven career mode, customise a character, adjust your play style for the position you play. Multiple-choice questions appear from time to help you improve team or player stats that can increase your stats. The mode now has a simpler version of selecting your side activities for the week that can give you buffs for the game, with rare events appearing here and there, often followed by a cut scene. In this year’s story line, you are signed to a one-year contract with a new team, with the overall goal of your character getting into the coveted 99 club, reserved only for the very best players in the game.

Overall: Madden NFL ‘23 takes its cues from it’s predecessor, with a much clearer lens on improving upon the groundwork laid out from last year. The animations for tacking are a lot better and realistic, defense is a lot smarter with coverage, and the game has an overall smoother play experience. A few bugs did appear in Face of the Franchise, but nothing that was game breaking, just a few clipping issues with players going through white walls in the scene after a match or around the HQ. But for the most part, EA have landed on the right track.