From the creators of Metroid Prime and legendary creator Keiji Inafune, Recore tells the story of Joule, who has awoken from a 200 year cryosleep, on the vast planet of Far Eden. Filled with terraforming machinery and barren desert, Joule and her companion Mack, a canine Corebot, go in search of what has happened to the other crew members and the planet itself. A vast open world, full of beautifully detailed vistas and intricate detail, the game starts out well, platforming sections with a short story to keep you going, adding in nuances of puzzle-shooter combat; however, the combat can get repetitive at times.

On Far Eden the terraforming robots have gone rogue. They are very hostile and will attack on sight, waiting to ambush Joule, but thankfully, Joule is adequately armed with a rifle for combating the bots. 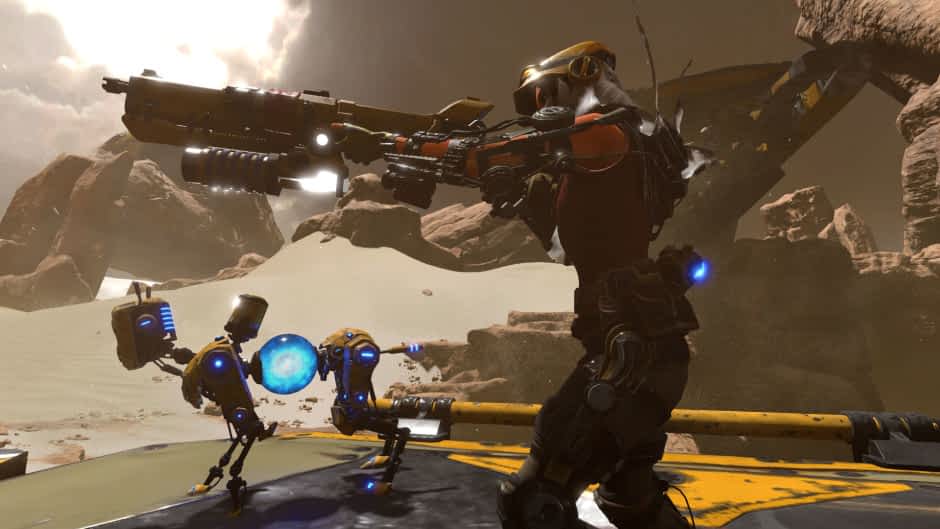 During your journey, you’ll collect resources and blueprints which can be used to upgrade your Corebots, create new frames and collect coloured Cores that can be used to boost their attributes like attack, defense and energy. The game hearkens back to gameplay styles present in Castlevania and Metroid, where you find yourself with ever upgrading skills and companions to enable to you progress further in the game, as well as backtracking to older levels to access more challenging dungeons. 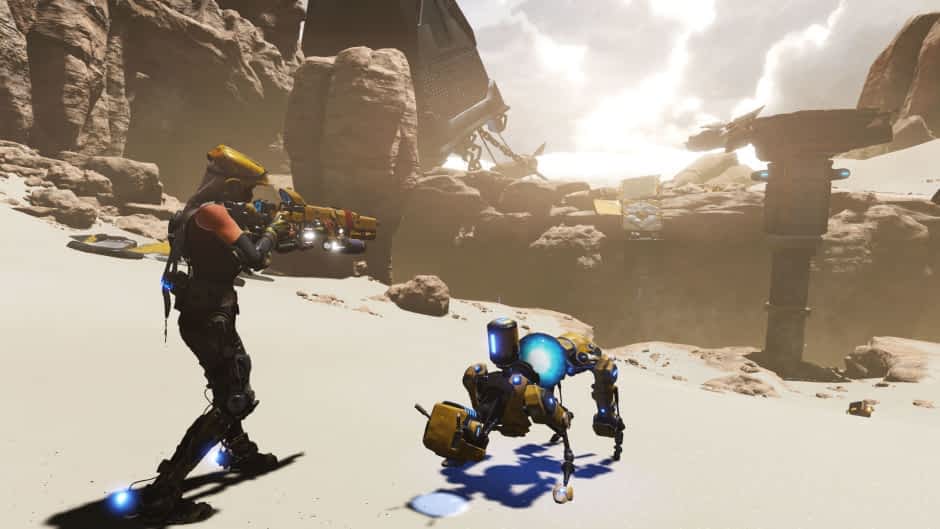 Dungeons that you come across vary in style and feel, which test you to your limits as you are barraged with countless enemies. This makes dungeons almost a necessity as well as a nuisance, as you will find yourself replaying dungeons over and over in hope of getting another core. These can be hidden through the dungeons or completing special objectives. There are also traversal dungeons which require you to be quick to dodge projectiles and jump across moving platforms. However, in the case of the combat dungeons, you are able to come back once you are stronger and have more skills.

Every robot you face in Recore is a decision to make. Blast this enemy to bits to get resources for getting new frames for the Corebots or extract the core to get fusion energy to upgrade the Corebots stats? Joule can only hold a certain number of cores and pieces before returning to her crawler, a.k.a., her base of operations. Players will find themselves returning more often to previous locations and dungeons in the hopes of gleaning more cores, blueprints and other resources. 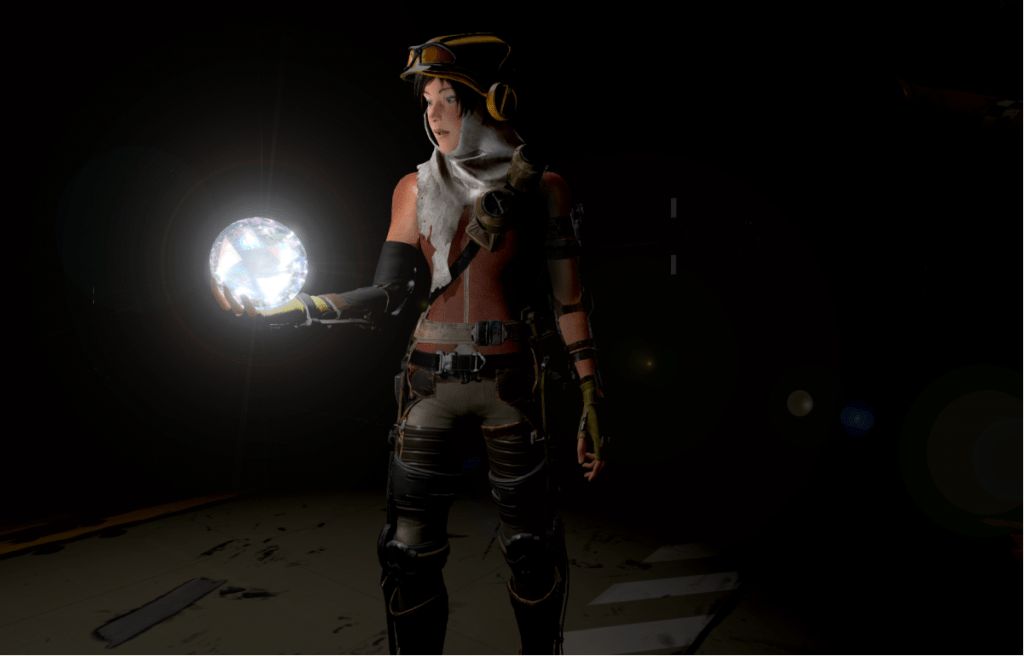 After a few hours into the game you will learn about the different ammo types; red, white, blue and yellow. If you come across an enemy who has a coloured core and attack it with the same colour of ammo, the damage you cause will be increased, whilst dashing out of range of their attacks, using Joules’ exo-suit.
The combat system also uses a lock on system that you can cycle through enemies. Once you level up you can gain the ability rip out core from your enemies using a tug of war mechanic. You’ll also get the chance to perform an instant extraction, yanking a core out of an enemy. 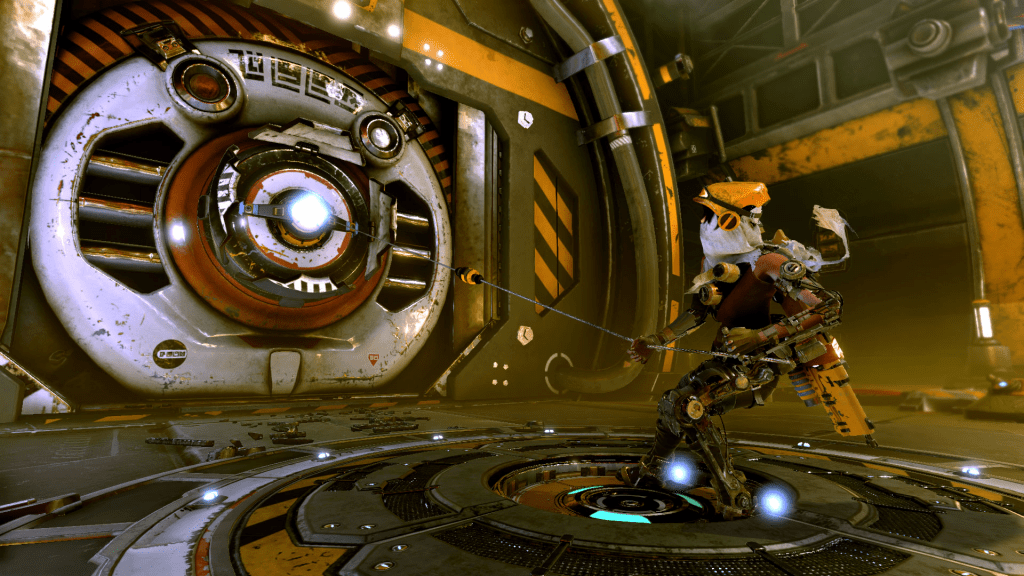 Thankfully you are not alone on this desolate wasteland that is Far Eden – the player gets access to various companions, and after a certain point, you can have two alongside you, that can be swapped around.

All companions have two abilities to help you survive what dangers present themselves. These vary from terrain ability such as clearing rubble or scaling walls to a lethal ability which as you may guess, will help you deal with corrupted machinery.

Mack the K-9 is the loyal robot pet you wish you had. Capable of finding treasure buried underground, Mack’s lethal move is a dash attack at the enemy which can help you get a quick breather in combat.
Seth the spider joins your crew not far into the game and suddenly you have a new best friend. Seth is able to propel you along walls, much like Samus Aran’s Morph Ball sphere from the Metroid series, and enable you to reach places that would otherwise been impossible to reach. Seth’s lethal attack is a missile attack which can target the enemies from afar. Duncan the ape is a powerhouse, a lost constructor bot to take out boulders away and knock down pillars, creating access to new areas. Duncan’s lethal attack is a fire blast around him as he attacks the target. 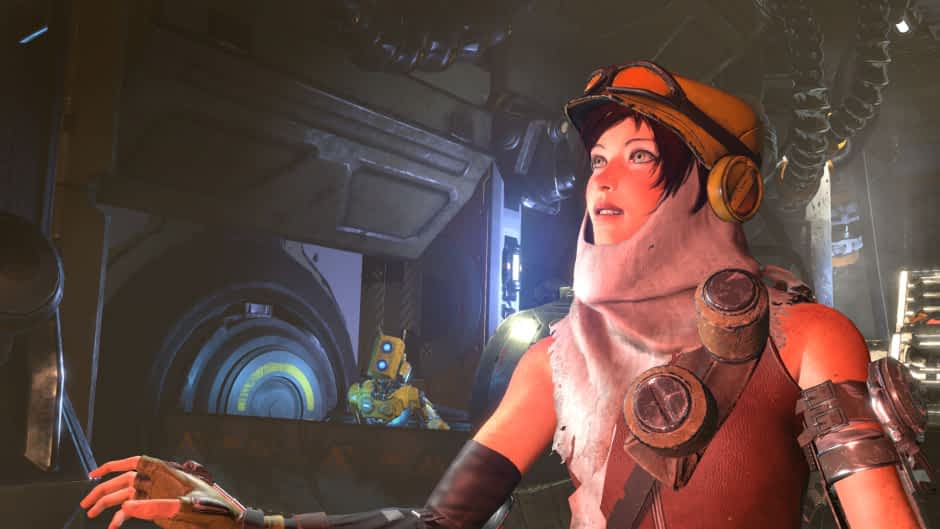 In the concluding parts of the game, progress through the game is constantly impeded by the need to stop what you’re doing and head back out into the over world, to complete side-missions to earn Prismatic Orbs, which serve as keys to access newer section and dungeons. This can be heavily frustrating, especially if you happen to take the wrong bots with you to solve an area to get the item; the time involved in doubling back and swapping out the bots is unnecessarily long.

Recore is a decent game with a short story, a good choice for players who are short on gaming time.
Some moments can outstay their welcome and others can be too short. There have been a few texture and frame rate issues in the first version, however an updated patch from the development team have reduced the problematic loading times that were present with the initial game.