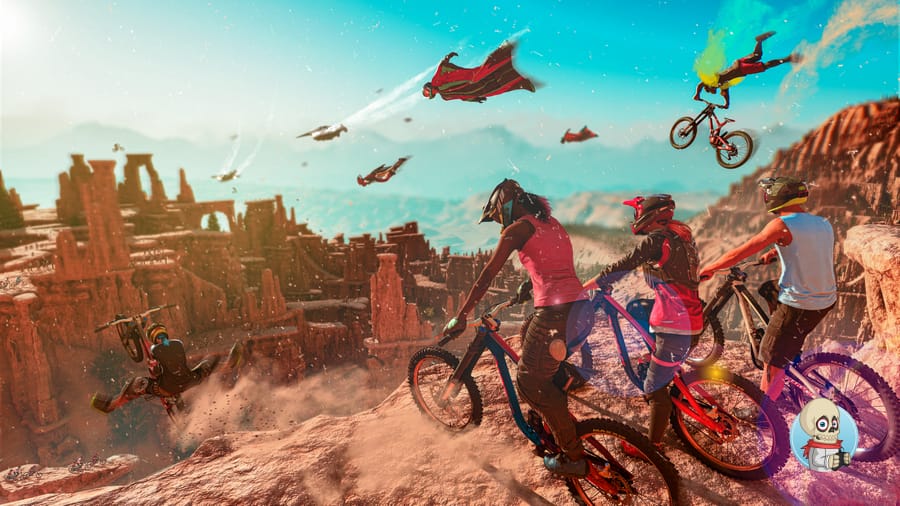 Additionally, players will be invited to participate in the Mad Challenge: a multiplayer contest that offers players a chance to win rewards. To participate, players will first need to finish the onboarding and reach 20 stars to unlock the ShackDaddy’s “Exclusive Multiplayer Contest” to access the mass race. Players who place in the top 10 in a mass race will be entered in a random draw, where one player will win a custom Canyon x Riders Republic bike and a Gold Edition of Riders Republic. Additional winners will also receive a Gold Edition of Riders Republic. To sign up for the Mad Challenge, please visit: https://ridersrepublic.com/madchallenge

The time-limited Trial Week will feature all five career progressions and multiplayer modes:

·         Mass Race: The crazier the better in these epic, multisport & multiplayer races. During the time-limited Trial Week only, to guarantee that all participants of the Riders Republic – Mad Challenge have the same experience, Mass Racers will be capped up to 32 players for a better equity between new and current generations of consoles / PCs as crossplay will be enabled. New races appear randomly on the map every 30 minutes, so players will need to get ready to watch their blind spots, protect their position and remain agile with their skills as they fight their way to the finish line. The time-limited Trial Week will feature up to three different Mass Races.

·         Tricks Battle: Players willcompete in 6v6 matchups in arenas and try to land as many tricks as possible on the various modules to capture them and earn points. The team with the highest score wins.

·         Free For All: In this mode, players can challenge up to 11 opponents and show them how it’s done through a select playlist of exciting events.

·         Versus Mode: Players can join up with five friends in career events and see who’s the very best.

Players looking for even more Riders Republic content can pre-order the Gold and Ultimate Editions**now: