At long last Tom Clancy’s The Division has been released, but was it worth the wait? You better believe it!

Black Friday in New York, a virus is purposely placed on to some cash and sent into circulation. As one of the busiest commercial days in the city the infected cash spreads throughout the city infecting the population at lightning speed. Within days society has broken down, huge sections of the city have been blocked off, gangs roam what’s left of it, and it is up to you as “The Division” to try and restore some kind of order.

Mechanically the game is a solid third person shooter with some RPG elements to keep it interesting. Visually thanks to the Snowdrop engine it is stunning with a beautiful recreation of New York city. But where The Division comes into its own is its ability to let you and your friends create your own stories through random encounters with enemy AI or other players online.

The 20 hour campaign can be played solo, or in co-op mode with friends or strangers. The match making system is seamless and it rarely takes a lot of time or effort to find new friends to play with. The story is enjoyable on your own but like most things it is so much more fun experiencing it with your friends.

The game focuses heavily on leveling, leveling your character, your weapons, your gear and your skills.  This focus on character level has both a negative and positive impact on the game. It removes the realistic feel. Surely a bullet is a bullet right? Apparently not when fired from a level 4 gun at a level 13 enemy!

However what this approach adds is something to keep aiming for, to keep the game interesting as it pushes you to keep looking for new items, better weapons, to learn new skills. But most importantly it adds a huge element of risk to the game and allows the city to be a really dangerous place that you should fear. 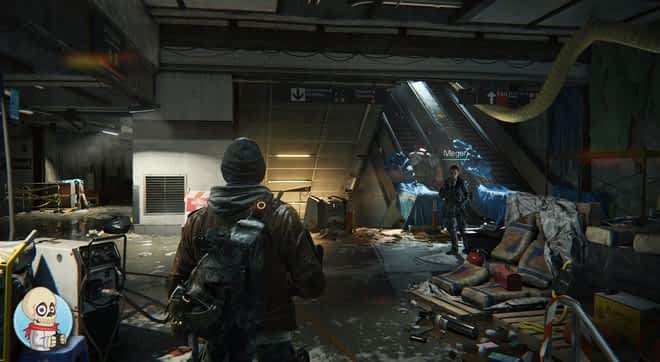 In the middle of the city lies the “Dark Zone”, this is the PVP area and where you have the most fun. It is the most difficult area, the enemies are high level and ruthless. On top of that other players can attack and kill you, but it is where you get the best loot.

The Dark Zone has been sealed off to the outside world and houses a dangerous combination of those with nothing left to lose and those with no qualms about taking what they want from others. It is split into regions aligned with your rank, but when you first enter as a level 1 you are faced with level 13/14 enemies so make sure you go in with friends and lots of ammo and don’t bring unnecessary trouble your way. 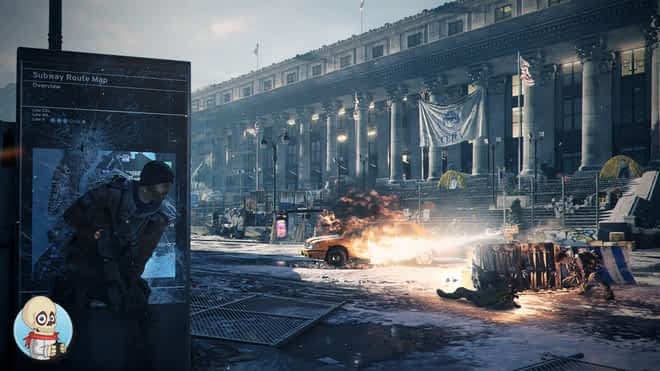 What makes the Dark Zone even more intriguing is the ability for any one of the human players to turn on each other at any time. While you are all essentially on the same side fighting enemy AI you can never really trust the other player. One deterrent from attacking you is that once they do “go rogue” they are highlighted to everyone in the zone and a hefty bounty is placed on their head. This in turn makes them an even bigger target for those in the Zone who want to make some easy cash collecting that bounty. All this uncertainty ensures that there is always a huge level of risk in the Dark Zone, and along with it the possibility for huge amounts of fun.

Although it houses the best loot items, they have become contaminated and to get them out of the Dark Zone you need to signal a chopper to air lift them out. This chopper takes 90 seconds to arrive. In this 90 seconds everyone is signaled that someone is trying to extract their goodies. Enemy AI, other players, even friends will come charging to this zone in an attempt to help or rob you. This leads to intense battles with enemies, and tense stand offs with team mates. 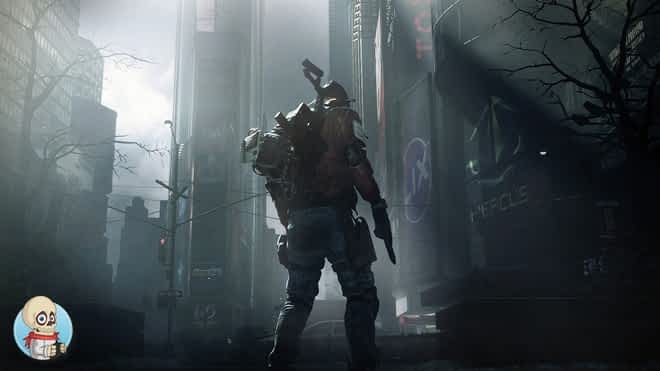 Overall: Stunning looking and very solid mechanically The Division is a joy to play, while not genre defining it is never a letdown. The addition of 4 player co-op and the always tense Dark Zone means there is a lot of random encounters to keep things fresh.

Available now on PC, PS4 and Xbox One.