Transformers: The Last Knight is one of those rare films so devoid of any artistic merit that it totally defies critical analysis. You may as well try to assess the narrative arc of a McDonalds Drive-Thru menu, or rate a gust of wind out of 5 stars. Michael Bay has constructed (directed certainly isn’t the word) a film that almost veers into absurdist territory, so incomprehensible is his 2 and a half hour assembly of special effect shots. 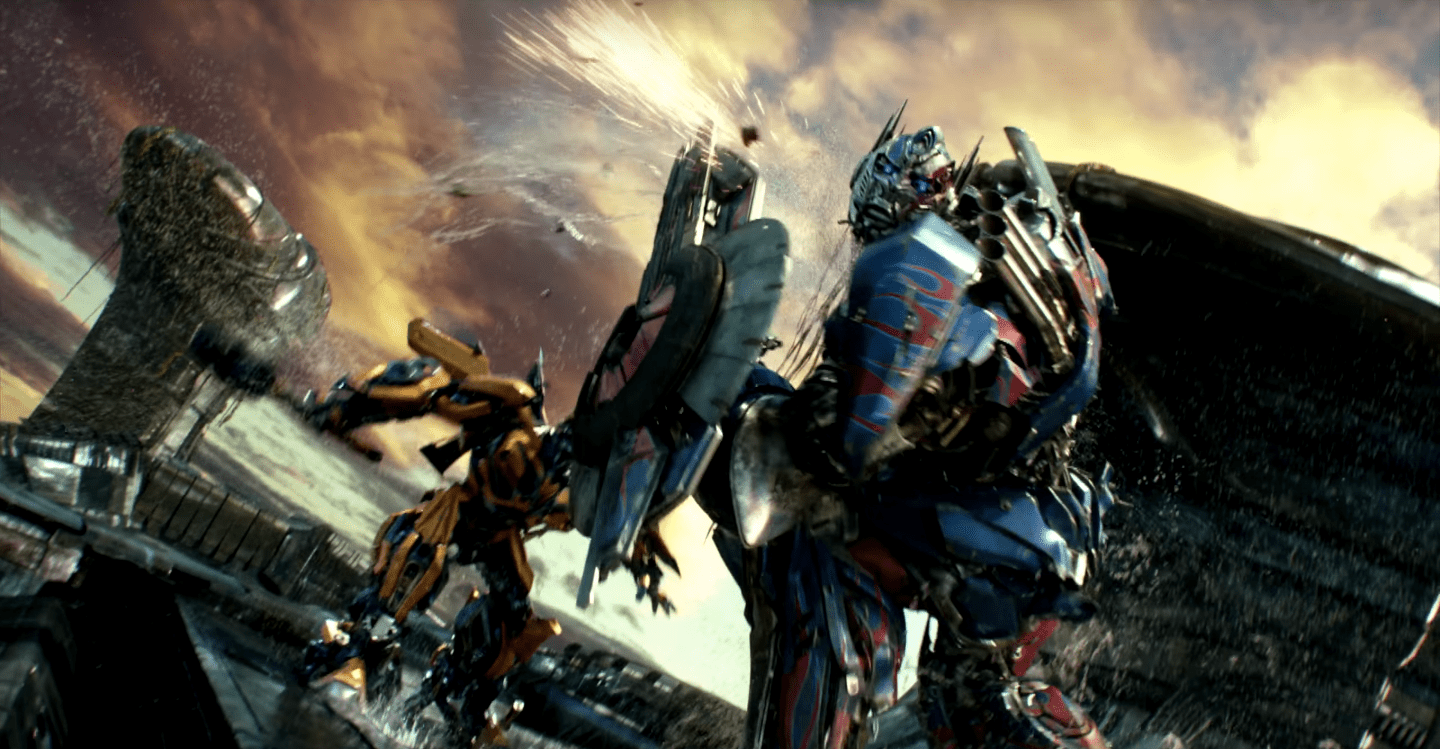 As the film trudges on and on and on (and on), one endless CGI explosion set piece after another, you very quickly realise the futility of trying to evaluate any of the metal-grinding horror of what’s happening on screen. By now, anyone who’s watching the fifth (!) in the Transformers series surely cares little for concepts like “review scores”, “criticism” or “plot”.

Anyway, let’s make some attempt of explaining the story: In the time of Arthurian legend, drunkard wizard Merlin, a distant ancestor of Shia LeBouf’s character from the first Transformers (possibly?), makes a pact with a group of ancient Transformers to…. actually, you know what, never mind.

You want to see hunks of CGI metal hit each other for 150 endless minutes while Mark Wahlberg gets out-acted by a green-screen? Transformers 5 is the film for you. 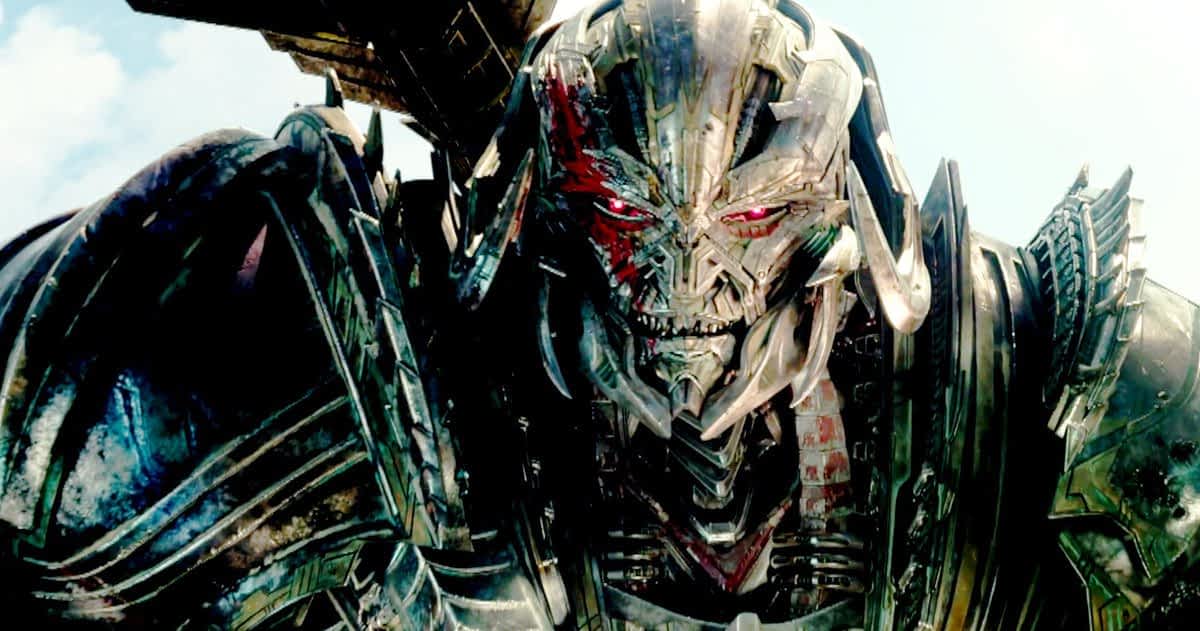 Some notable “highlights” include:

This relentless torrent of nonsensical, borderline absurdist scenes brings to mind Leos Carax’s Holy Motors, if it was directed by a sociopath with access to 300 million dollars.

To expound on just how incomprehensible the film is, you could pluck any combination of scenes, arrange them in any order and end up with basically the same end product. Everything to do with the Dark Ages and King Arthur feels like a clumsy afterthought, like Bay wanted to get his foot in the door for directing an episode of Game of Thrones.
The result is an absolute mess that has somehow been judged fit for release.

The film also suffers from bizarre tonal inconsistencies, ostensibly a film aimed at the 12A market but peppered throughout with casual swearing and severely out-of-place sex references. What should be a lighthearted sci-fi action film about robots transforming into cars ends up as an relentlessly dour affair where very little seems to separate the forces of good and evil.

Quite who exactly is watching these films is beyond me. Perhaps cinemas screen them to keep the projection booths warm, or sell the prints to Guantanamo Bay for their obvious use as torture material.

Bay can’t even develop reliability at the most basic technical level: at the IMAX screening for press, the film incessantly switched aspect ratios between Widescreen and the noticeably taller IMAX format. There’s absolutely no rhyme or reason to this editing decision, with shots changing ratio mid-sentence during dialog scenes.
Instead of marvelling at the IMAX cinematography’s ability to render cinematic garbage as a slightly taller image, the eye is constantly drawn to the the top and bottom of the screen as they flit in and out of nothingness. Unlike, say, Nolan’s Interstellar, where IMAX was used artistically to convey the vast expanse of space, Bay treats it as yet another weapon in his arsenal to bludgeon viewers into submission. 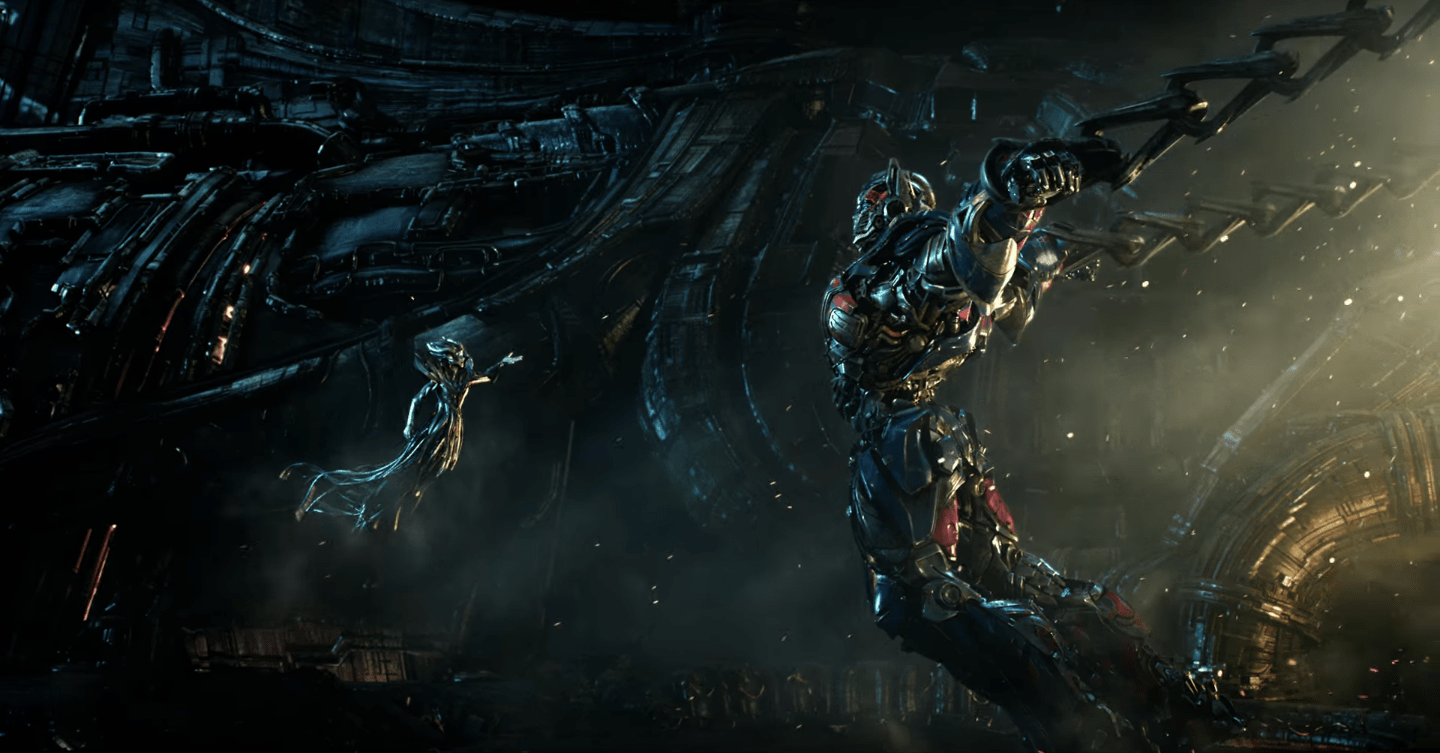 There’s so much you could do with your life for two and a half hours this summer: Go for a swim on the beach. Have a barbecue with your friends. Stare into the sun until your retinas melt.
All will provide far more entertainment than this miserable excuse for a film.