About five years ago, someone with far too much time on their hands re-cut the trailer for Mrs. Doubtfire to, very believably, make it look like a horror film. It stands out as a prime example of how a few basic signifiers allow us to categorise a film before we’ve even seen it. Our desire to do this is completely understandable; it gives us an idea of what to expect and be prepared for that.
With Baby Driver, Edgar Wright subverts expectations and gives us something we never really knew we wanted. He presents us with a narrative and setting that would not be out of place in a crime drama. But this feature is less L.A. Confidential and more La La Land.
And yes, it is all the better for it. 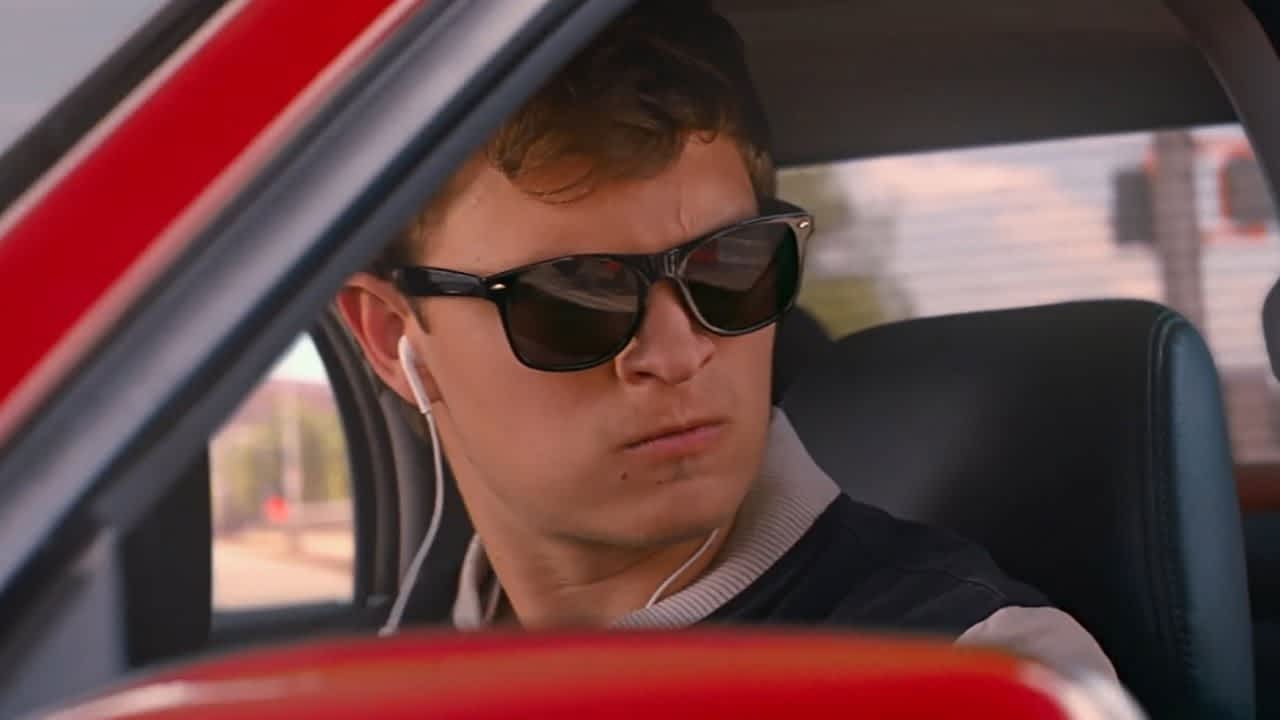 Baby (Elgort) finds himself trapped into a series of heists in order to pay off a debt to crime boss Doc (Spacey). He’s a ludicrously skilled driver and, one suspects, the main reason that Doc has managed to pull off so many flawless jobs without being caught.
As Baby approaches his final job, and glimpses salvation in the form of a kind-hearted waitress named Deborah (James), he begins a violent transition from driving getaway vehicles and dodging bullets to driving off into the sunset and enjoying the open road.

Wright sets up his pins adeptly before immediately knocking them over. We are introduced to Baby almost immediately as he sits in his getaway car, shades on and headphones in, prepared to speed away at a moment’s notice. The headphones are a pivotal plot point; he suffers from tinnitus and so listens to music in order to, as Spacey’s character deftly puts it, ‘drown out the rattle in his ears’.

As the first few bars of Belbottoms by the Jon Spencer Blues Explosion burst in, it’s easy to assume that this will simply set the mood and nothing more. Baby mouths along to the music, the robbery in the background starts to sync with the drum beats, and that’s when realisation begins to dawn. This catchy tune is less a complement to the scenes and more the backbone of the entire experience.
The ensuing 5 minutes and 16 seconds weaves music into the action as seamlessly as Baby weaves through traffic. The effect is a profound one, the squeal of an electric guitar replacing the squeal of tires. It adds several exaggerated exclamation points to an already kickass experience and, bear in mind, this is a film that features a driver who wears sunglasses about 70% of the time, including indoors and at night.

Almost everything moves to the rhythm in a perfectly organic way and gives the film an extremely satisfying sense of flow. No doubt, in order to achieve this, an astronomical amount of work went into the choreography. Wright subscribes to the George Miller School of Film here, relying almost exclusively on practical effects.
This upps the tension dramatically, making every subsequent car chase more nerve shredding than the last. An early stunt involving a sensational double 180 manoeuvre in an alleyway is likely to elicit genuine gasps, and this is when Baby is just having fun. 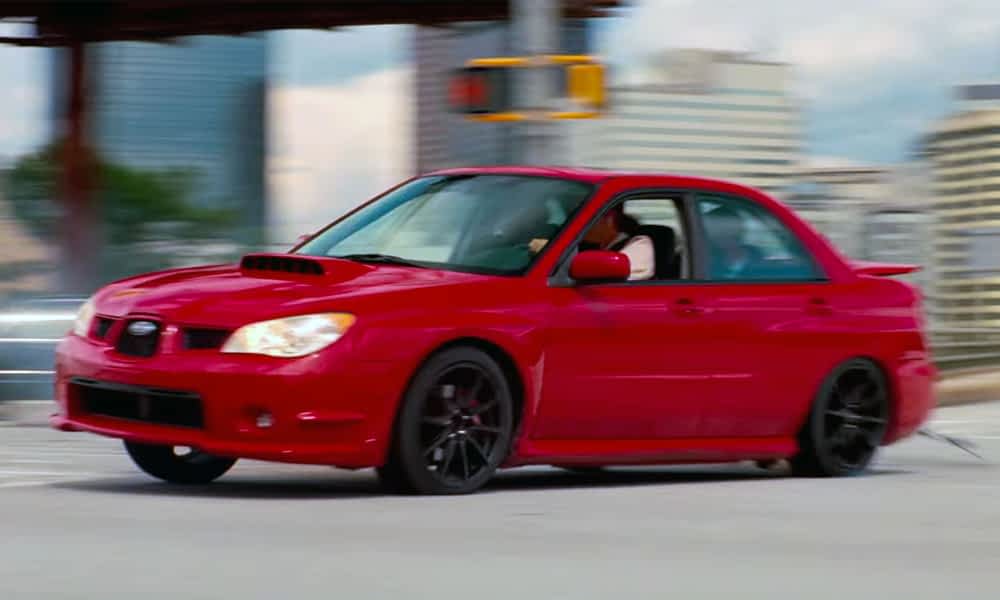 Surprisingly, Elgort manages to carry the film almost entirely by himself, holding his own against all the heavy hitters, including Kevin Spacey who is on excellent form here. For such a young and inexperienced actor, he shows remarkable confidence, conveying a fully fleshed out character without saying very much at all. Baby displays a fun-loving and even cocky nature which barely relents, even in the face of life-threatening danger. A subtle frown or slightly upturned half-smile gives us great insight into the sort of man he wants to be, if only he had the freedom to do so.
(Of course, an early, almost-musical number in which he strolls through the street to the beat of Harlem Shuffle by Bob and Earl contributes a lot to this as well.)

Freedom is something he doesn’t really have however, but rarely has such a grim scenario felt like so much fun. The supporting cast consists mostly of criminals, almost all of whom are particularly well rounded, three-dimensional and just bizarre enough to be comedic yet believable.
Bats stands out, embracing his homicidal tendencies with utter glee (“Does he have mental problems?” “No, no, I’M the one with the mental problems!”), but it’s also comprised of criminal love-birds Buddy and Darling, played by Jon Hamm and Eiza González respectively. While they might pass for merely serviceable yet likable initially, they go through some surprising developments that will stick out in memory. This is a rule Wright appears to have applied to the entire cast, with almost everyone purposefully typecast before revealing an intriguing level of depth. 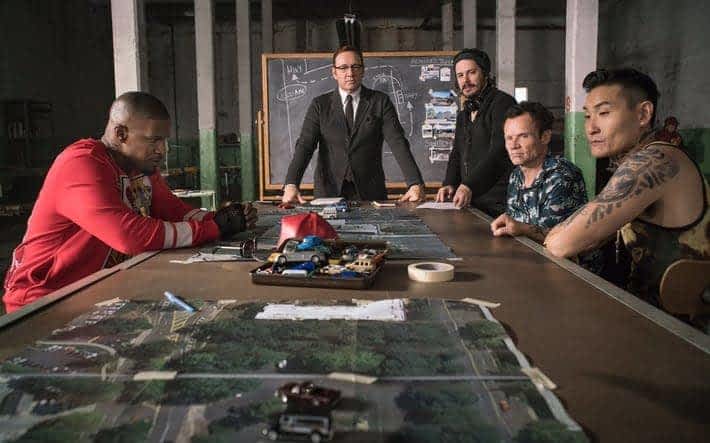 And while they might be engaging to watch, they are nonetheless a dangerous bunch. Baby enjoys the thrill of the chase, but he has a gentle soul that is revealed in his taste in music, rather than his cool exterior. He has a fondness for swing music, and an early discussion with waitress Deborah revolves around the names used in the best love songs. Deborah makes the telling comment that, with a name like Baby, most of these songs are about him.
In doing so, she underlines the one minor flaw of the film.

While the relationship between Baby and Deborah is inarguably sweet and winning, it lacks sufficient depth on her part. Both characters convincingly sell their naïve and eager sensibilities. You truly want them to have their moment against the setting sun, but Deborah is characterised almost entirely as a beam of hope for Baby, with no room for complexity. There are vague hints of her past early on but for the most part, it’s as though she only existed to walk into his life.
It says a lot that there are not one, but two dream sequences in which she does nothing more than wear a stylish dress taken straight from the 1950s and lean against a classical car. Mercifully, we are not subjected to a subsequent shot of the key in the ignition, and this is in fact is something Wright is very careful to avoid. 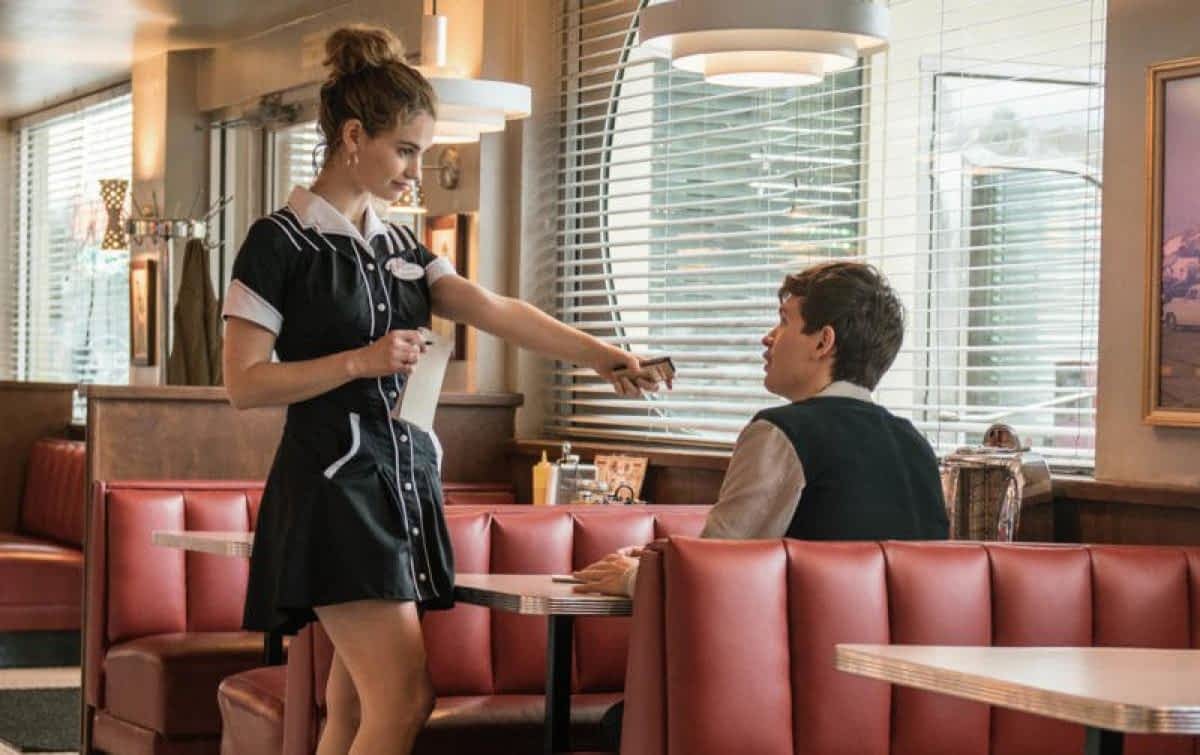 Baby is a tortured soul, still grieving over the loss of his mother in the same crash that gave him his hearing impairment. Despite his generally upbeat attitude, he is wallowing in a pit of despair, visually represented by the darkened warehouse in which the heists are planned. It is this aspect that lends his relationship with Deborah its sincerity.
Just as his desk, with all his mix tapes and one particular cassette with ‘MOM’ written on the spine, is warmly lit, his initial scene with Deborah is almost ethereally bright. Thematically similar, but markedly different, they are like two separate stops down a long highway, similar to the one he dreams of driving away on.

We’re treated to a little bit of everything here. It’s a character study, it’s a crime drama, and it’s got plenty of action to maintain its momentum too, deftly juggling all elements with barely a single slip up.
Its crowning achievement, however, is its unique blending of music and action to create a seamless, explosive experience for the senses. And while the featured artists might not be household names (it was never striving for another ‘Awesome Mix’), that suits the tone the film is going for just fine. You inevitably feel that this was a film made for its director first and the audience second. 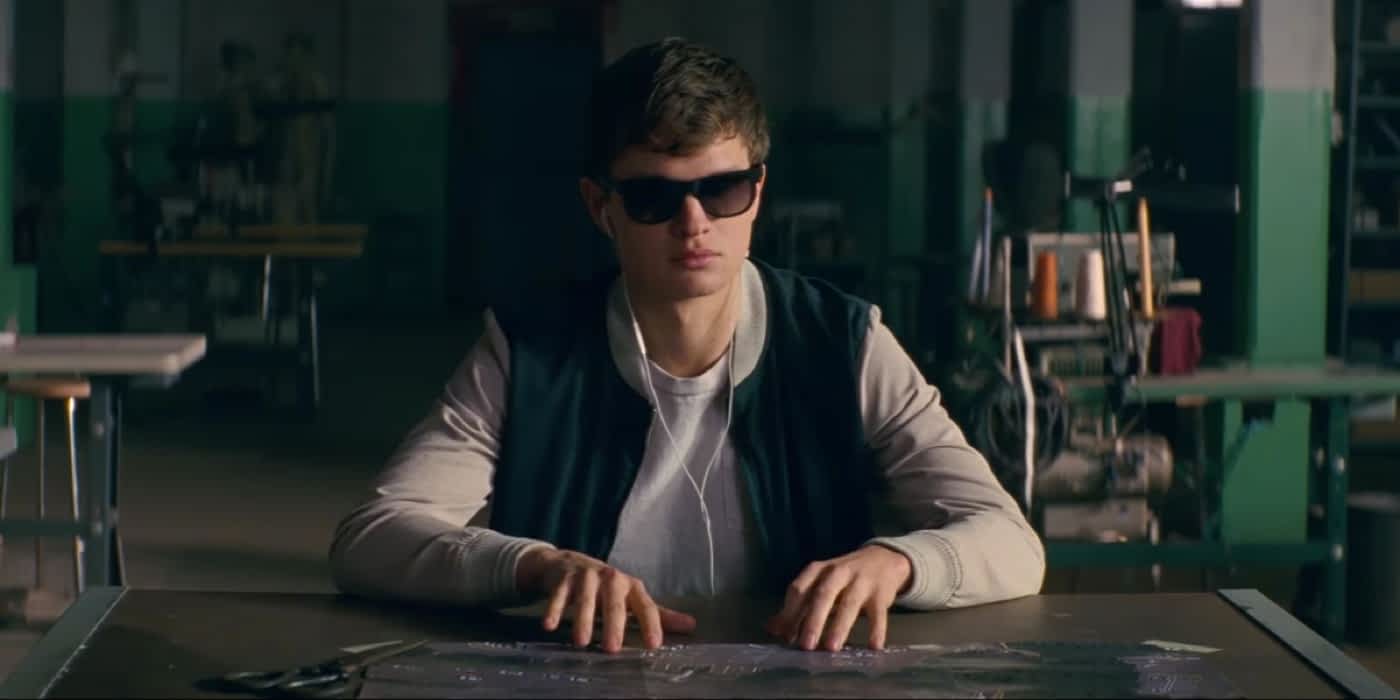 The end result is, when you get right down to it, is that it just feels Wright.