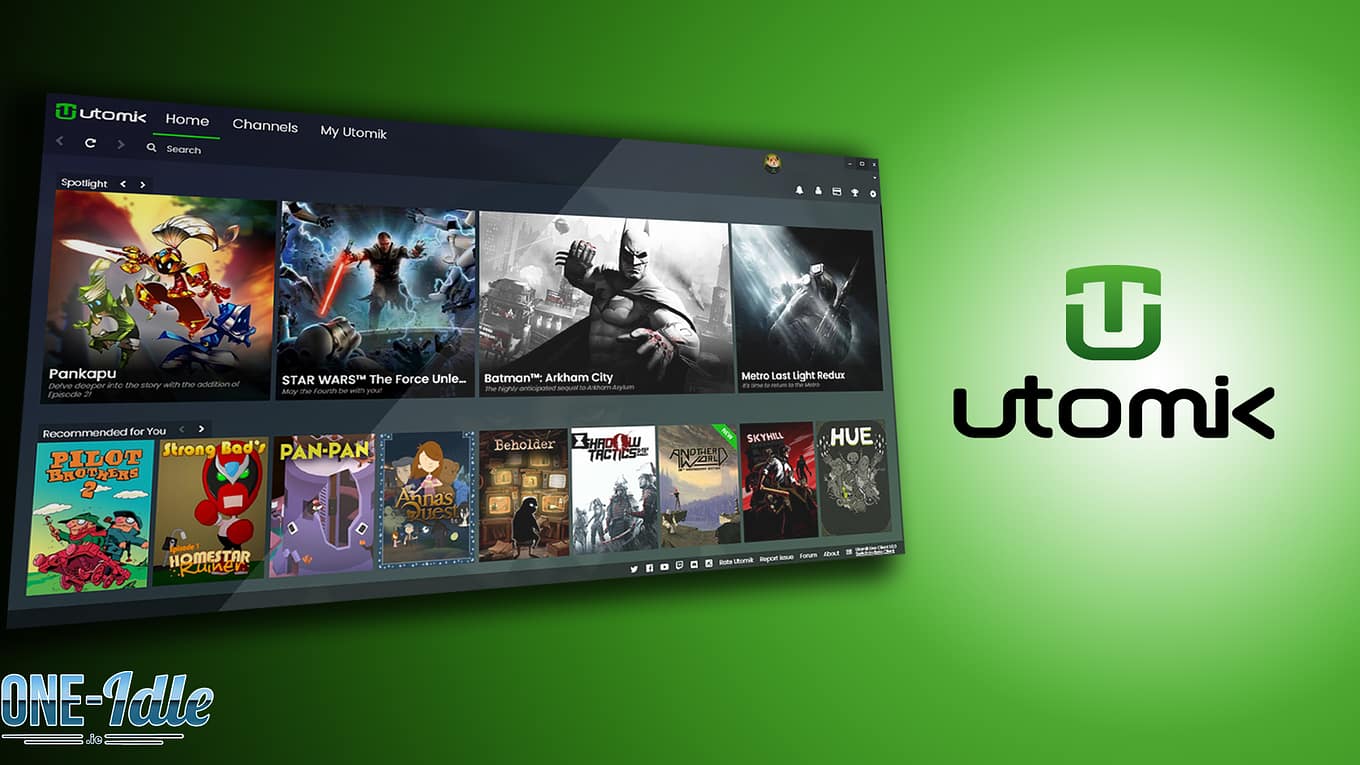 Having grown from an independent startup with no industry support to having a library of over 750 games and 100+ publishing partners in a little over 2 years, their support includes Warner Bros. Games, Disney, SEGA, THQ Nordic, Epic Games, Curve Digital, IO Interactive and many more.

The service works by downloading a small section of the game to get started playing it as fast as possible, instead of waiting on a lengthy several hours wait to allow a full game to download. The rest of the game downloads to your PC while you play.

Founded in 2014 by a small team of dedicated Dutch gamers, Utomik is a pioneering startup based in The Netherlands and California with offices in Eindhoven and Los Angeles. It is one of the first subscription-based gaming platforms to hit the market. Bringing the Netflix and Spotify model to the world of video games, their game library is set to expand even further, having recently partnered with IO Interactive to bring titles from the Hitman series to Utomik.

At official launch, users get unlimited access to play over 750 games for €6.99 a month for one user, or €9.99 a month for a four-person Family Plan. The launch will also include a new and improved client design.

Recent additions to the service include the Batman: Arkham series, Saints Row IV, Human: Fall Flat, Shadow Tactics: Blades of the Shogun, The Flame in the Flood, Furi and many more, as well as Day One releases, like Yono and the Celestial Elephants and Newt One, and subscribers can expect even more in the future.