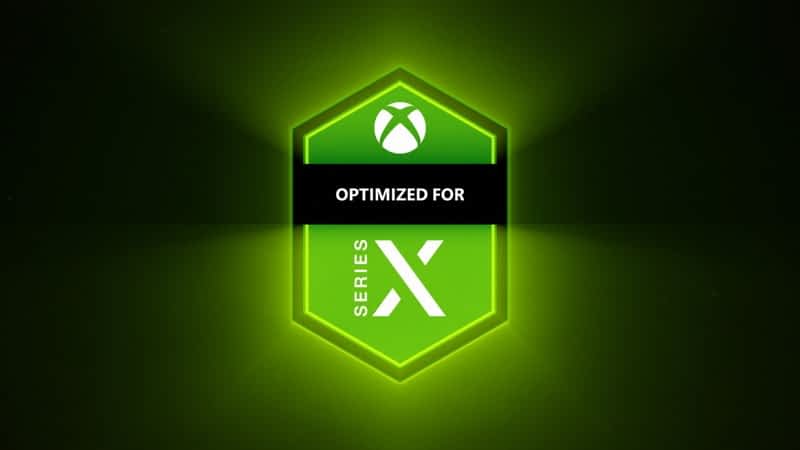 Xbox is going to use the Optimized for Xbox Series X badge to indicate any games that are taking advantage of the extra power form the Series X console. this includes anything from massively reduced load times, improved visuals and Raytracing, or steadier framerates (up to 120fps).

These benefits apply to both new and older games (where the developers have gone back and enhanced it to take advantage of the extra power).

The target FPS for Series X is 4k at 60fps and 1080p at 120fps. David Springate the Technical Director at Codemasters had this to say.

“DIRT 5 is a fast, action-packed amplified off-road racing game and being able to play it with 120fps options on Xbox Series X is incredible. The power of Series X means that the game looks stunning at 60fps, and we’re also able to offer amazingly smooth, responsive gameplay at 120fps while still looking gorgeous. Racing fans know frame rate is king and DIRT 5 will deliver on this. Players will experience the strongest sense of speed and responsiveness at the highest frame rate. It’s such a great, smooth experience – I hadn’t experienced another racer like it.”

Xbox Velocity Architecture technology combines a custom solid-state drive, custom hardware and integrated software to greatly decrease load times both in and out of games.

As a game developer one of the most exciting improvements that far exceeds expectations is the massive I/O improvements on Xbox Series X. With the Xbox Series X, out of gate we reduced our load-times by more than 4x without any code changes. With the new DirectStorage APIs and new hardware decompression we can further improve I/O performance and reduce CPU overhead both of which are essential to achieve fast loading.  As we look to the future, the Xbox Series X’s Sampler Feedback for Streaming (SFS) is a game changer for how we think about world streaming and visual level of detail.”

For more details on Optimized for Series X check out their blog post here.