The sequel to Ubisoft Ivory Tower’s octane-fuelled The Crew has taken everything that made the first game great and expanded on it in spades – but leaves itself short in other areas.

Instead of having “crews” or a set number of players to complete missions like the original game, The Crew 2 has a new campaign that can be tackled in single player, and with the addition of the airplanes and boats, it has never been easier to travel across the massive expanse of the US, though at times it comes across as TOO big. With a press of a button, you can switch vehicles, from carving a wake in the water to doing barrel rolls in the sky. The Crew 2 uses a new system called Fast Fav, where you will need to select your favourite type of boat, ground vehicle and plane. These are available at a moment’s notice, when you’re not in an event, meaning you can fly into the highest heights of the sky, switch to a car, and watch it plummet back to earth. This can be used to chain combos of airplane stunts to swapping to a car to get high speed and near misses.

In addition to the new vehicles, there are new disciplines and activities for each vehicle type; for example, progression for stunt planes entail of a set of stunts to master before you can freestyle and unlock the next level of skills.

Visually, The Crew 2 look amazing. It’s almost up there with the likes of Forza for attention to detail (while taking a lot of inspiration from Forza Horizon too). Natural environments are breath-taking, especially the weather effects and skies. True to form, however, the weather can be a hindrance to visibility. The day/night and weather cycles are continuous, making some races a mixture of skill and luck; it can be hard to see the road with the sunset in your eyes, or obscured obstacles. The game also tends to throw down whatever weather effects it wants to, regardless of the location or climate, just to spice up a race – hence why it is a bit odd to see snow in the Grand Canyon. Urban areas look great when the sun is low or accented by beaming neon lights – if you don’t slow down. The buildings can be quite plain, especially on a bright day.

Each city is a shorted version of its self; it shows off more of the well-known tourist spots of the US, with features of New York including Downtown NY, Times Square, Central Park and the Statue of Liberty on display. Other areas are less well developed and have only a small handful of recognisable districts.

The developers don’t try to recreate each city down to the last manhole cover, but just enough to recognise where you are – the generated content near each major landmark blend enough to make it look like it could be a part of the city – just don’t count on the map to tour you around in real life. 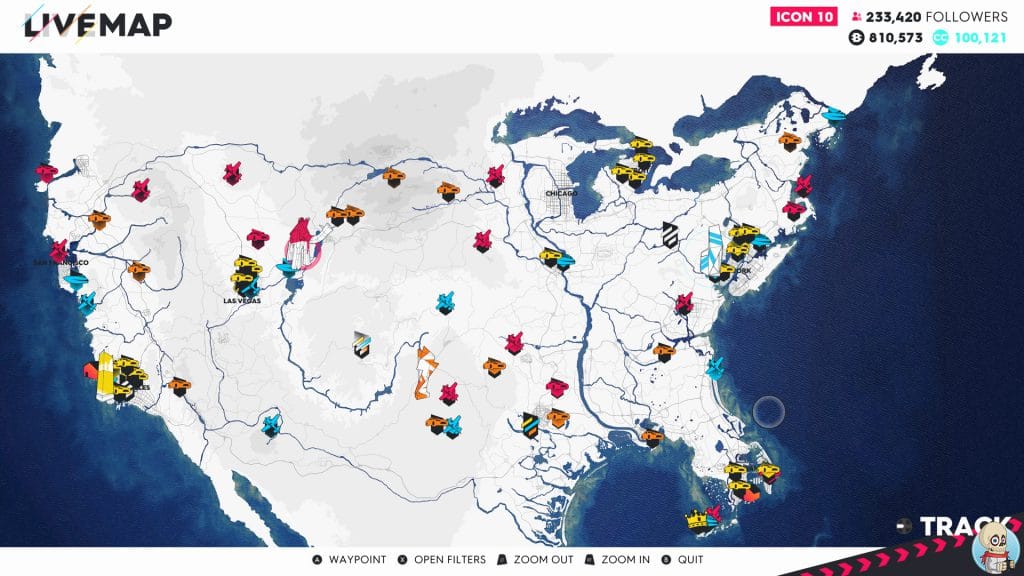 Alongside a few texture glitches and odd AI cars randomly disappearing and reappearing, The Crew 2 also seems to fall victim to the “invincible tree” problem – you can plough through poles and street lamps and hedges as much as you like but hit a tree and you’ll wrap your vehicle around it. Most of the time the frame rate maintains integrity, but crucial moments like taking a jump in race can see the frame rate take a massive drop for mere milliseconds – but can still snuff your blaze of glory jump to ashes. 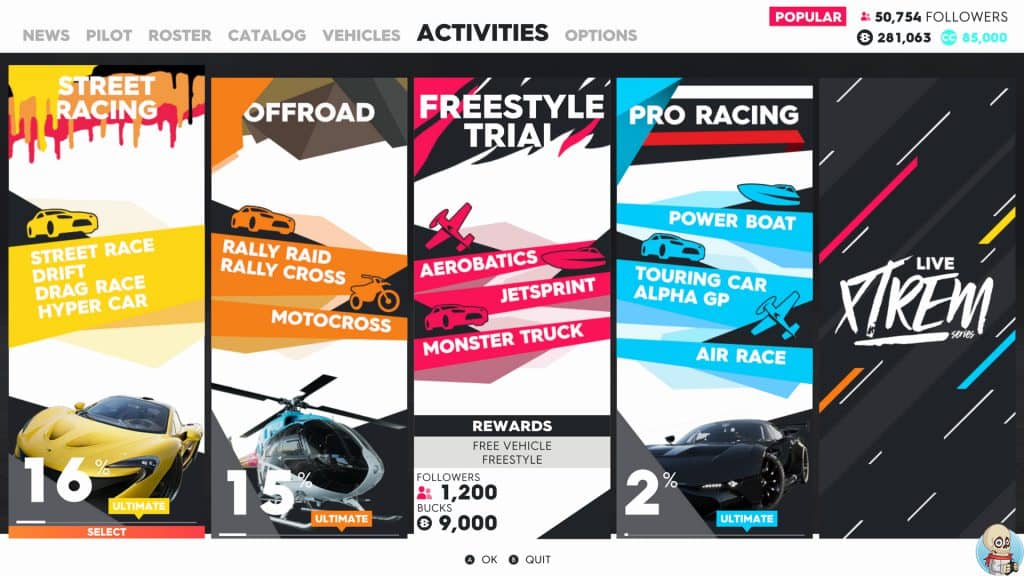 That being said, the visuals are not the main focus, nor is being totally realistic – Ubisoft focuses more on allowing the player to engage in the impossible and the daring with their vehicles, and on being able to play the game in as many different ways as they want. Between Street Racing, Off-road, Freestyle and Pro Racing vehicles, there’s no shortage of vehicles to roll around in for the events dotted across the map – using the right vehicle for the right event is a no-brainer though. Using an Air Race (AR) plane for Acrobatics (AB) won’t get you very many points.  Vehicles can be purchased through crew credit that can be bought through the store or by levelling up. Each vehicle can be upgraded through loot won from events or from finding “live” event boxes, which can be found in various locations, using the mini page – the quicker the beeping, the closer you are to it.

The loot can range from engine upgrades to cosmetics. When upgrading your vehicle, it will flash to show a new upgrade is available; select the category with an upgrade ready, select the latest item and repeat for the other categories. 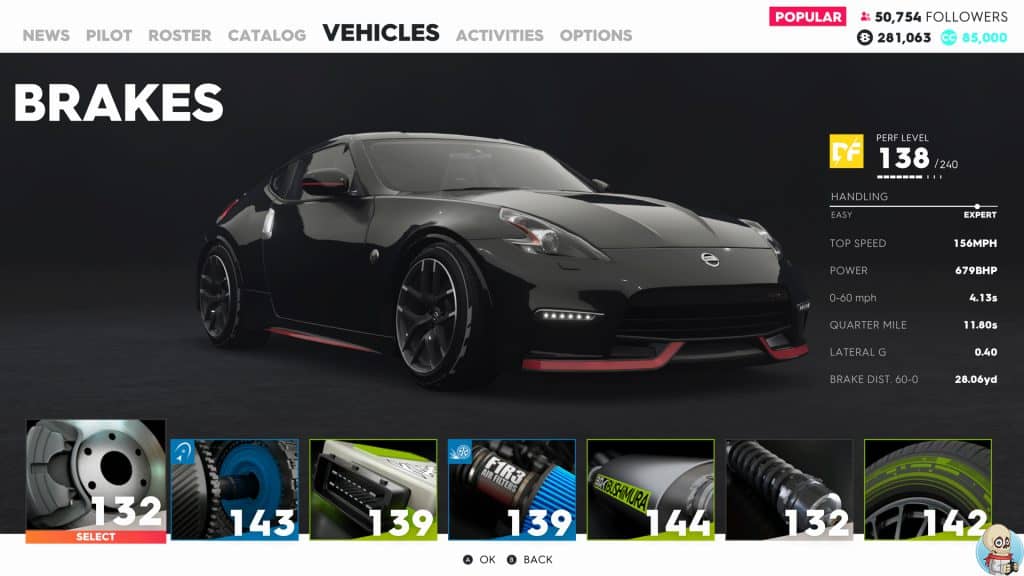 The Crew 2 has many ways to play, but the focus of the story is a familiar one; work your way to be the number one racer after getting a shot in the opening race. It varies from here; in street racing, in a very “Need-for-Speed” fashion, challenge Tio at the top of the leaderboard to be the number one street racer. Coupled together with a reward system based around social media and followers, higher rankings range from rookie to popular, famous, star and icon. Each one of these rankings is unlocked by reaching a fan base. Fans can be earned by completing events, freestyle combos together and more.

The original game, now with multiple expansions, patches and DLC, is a far better game compared to when it came out; I’m hoping that the Crew 2 also follows suit, as right now, it feels like there’s still some work to be done.