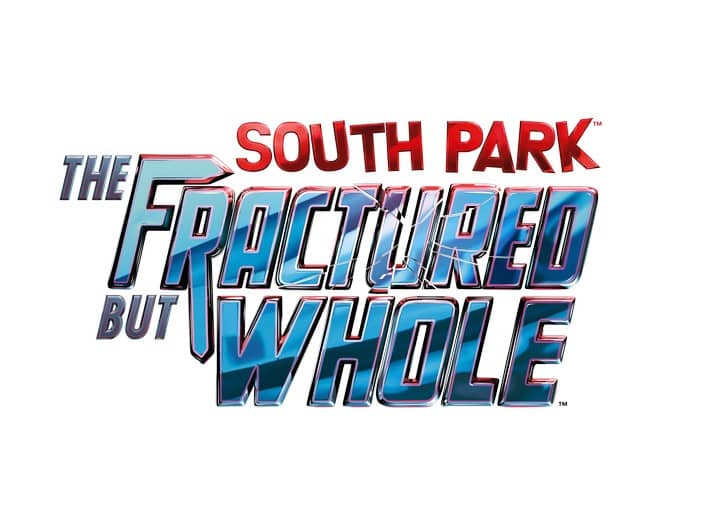 The follow up to the acclaimed Stick of Truth, The Fracture but Whole (yes they got away with that one) picks up right from where you left off in the previous game but requires you to start character leveling all over again.

Cartman has decided that he is sick of playing wizards, and now wants to play superheroes. Thanks to this imaginative change, you need to restart all your upgrading to build your superhero identity.

The opening few hours are very much about developing this identity, choosing your class, leveling up your skills, learning the new combat mechanics, crafting etc. all with the aim of becoming one of the Coon and Friends and getting your own spot in the franchise wall. 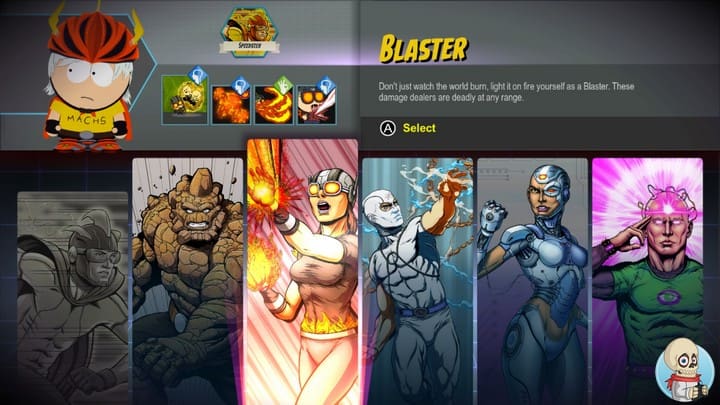 With a lot of parallels to the Marvel and DC universes, the Coon and Friends are in a Civil War with the Freedom Pals and this is overlayed with the ongoing fight with Professor Chaos. Expect a lot of the usual South Park humor, mixed with a lot of superhero and gaming references.

The game plays out, again, in the town of South Park, and again plays just like being in an episode, but an episode you are free to explore on your own. The town is littered with things to discover and crude jokes that will keep you laughing long after the repetitive nature of the gameplay has kicked in. 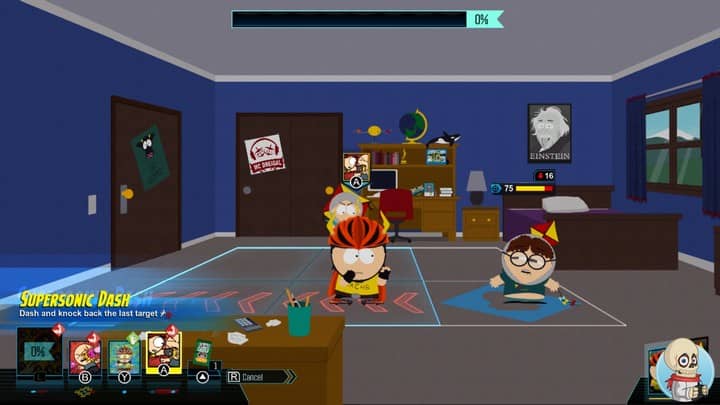 Unfortunately, the town layout leads to the first main gripe, getting around is a pain. Once you have discovered the town and set up a few fast track points it gets a little bit easier, but the fast track locations are pretty few and far between. The buildings quickly become very samey, with most houses having the same front door into a sitting room, a kitchen, basement and second-floor layout. Just with different colours.

Combat has evolved to include a new grid layout and more complex moves. This helps keep it interesting for much longer. If you find it becomes a bit boring, I’d recommend increasing the difficultly asap rather than slogging through easy battles in order to maintain the enjoyment. 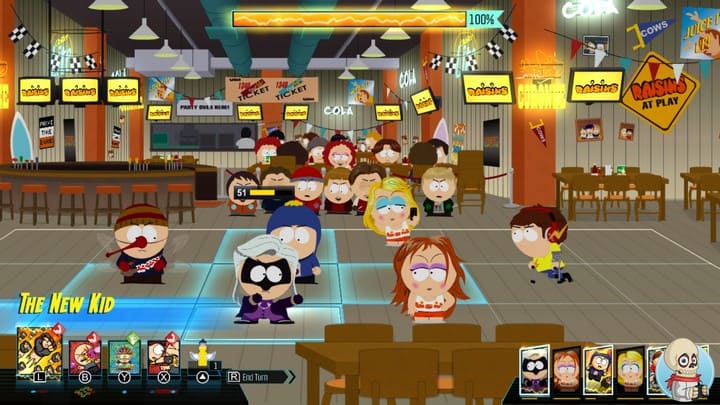 But generally, the game is pretty easy to pick up and get into but has a level of depth and complexity that is not immediately obvious. learning to fight, ranking up, learning skills, crafting etc. There is a lot in here to keep you progressing nicely.

The most enjoyable aspect of the game is that it is now on the Switch, Nintendo’s little console just continues to impress me. With the addition of games like this where you can play for 4 hours or 4 minutes is perfectly suited to the pickup and put down style of the Switch. Playing is very comfortable and thanks to the mobile styled layout of the menus it is very intuitive. 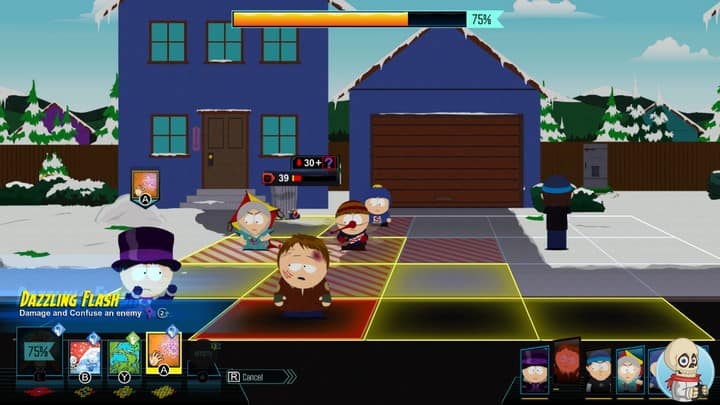 Overall: If you like South Park you will love this, it plays really well on the Switch and looks great thanks to the animation style. Late game repetitiveness and map layout gripes aside, this title comes highly recommended.