In mid-2011 Rome, corruption runs deep. Everything, and everyone, is connected. The lives and fates of the politicians, the criminals, the prostitutes, the clergy and even everyday normal people are more intertwined than they could possibly imagine.
Almost everyone in power in the city is working towards a common goal: turning the historic city’s waterfront into an Italian Las Vegas. There is calm and peace for the time being, but everything will come to a head soon.

As a film goer, there no bigger treat than going into a cinema with no expectations, and leaving overjoyed.

I try to go into films ‘blind’ as often as possible; the less I know, the better. Of course, in this modern age, this is often next to impossible, with spoilers aplenty on social media for almost all forms of entertainment. Even when its possible to avoid these spoilers, I generally have a decent idea what to expect from any film I am excited to see by default.
Otherwise, how would I know if I am interested in it?

For this reason, not knowing a single thing about Suburra as I sat down made the experience that much better. With no information other than the title, I expected maybe a half baked indie thriller, or even a horror, but certainly not the tense, taut, almost neo noir-ish Italian thriller I received. 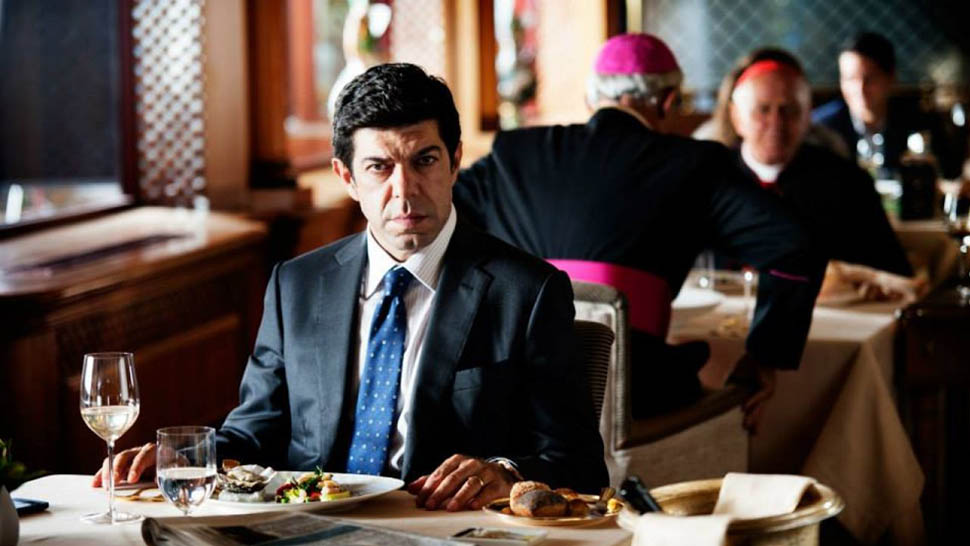 And what a thriller!
It is an absolute credit to the director, the actors and all involved that I was riveted the whole way through Suburra, not missing a beat despite the need to keep one eye on performances and one on subtitles.

In this exploration of violence and sleaze, director Stefano Sollima builds intrigue from the get go. Using Pope Benedict XV stepping down as a timeline to place the events, this piece of cinema focuses on the days on the way to the Apocalypse, with corruption everywhere and ulterior motives at every turn.
Everything takes an extremely heavy turn very early into proceedings, and things only get worse from there.

The suspense is palpable from moment one, leaving you on edge for the entirety of the two and a quarter hours running time. Indeed, it felt much longer than it was. Normally, such a feeling would be a bad thing, a sign of boredom.
Here, it is a sign of effectiveness, the tense atmosphere drawing out every second to an extreme, as the masterfully crafted drama slowly builds towards its peak.

Every interaction, every altercation feels like it could be where the tension reaches critical mass and everything boils over, but instead, it gives a minor release, if any. The hostility continues to build, characters get more out of their depth, and stakes continue to get higher.
Throughout, there is a sense of chaos, barely held in check.

This tension can be credited to the lack of waste on display, with every line, shot and sound there for a reason. Even characters and details that appear unimportant and tangential to begin with are connected to the rest, with everything falling into place, and no loose ends.

It is well worth noting that there are no really clear ‘good’ or ‘bad’ characters in this film, and there are certainly no classic heroes or villains. Almost everyone here is selfish or greedy or worse. Even the most likeable and sympathetic characters are far from perfect, and even the most obviously corrupt characters have (almost) redeeming traits.

Take, for example, Filipo Malgradi; an Italian MP working on a bill to change real estate classifications for certain areas. He is introduced early on, and very quickly we have a certain expectation of who he will be. And yet, keeping things as vague as possible, this expectation gets subverted a number of times over the course of the film.
On the other hand, you have Manfredi Anacleti, head of a Gypsy crime family. Certain impressions we have of him are reinforced, while others are subverted entirely.

As a result, every character in the film feels not like a character, but instead, like a real person, an actual human being. I was never cheering for any specific person to succeed, but at various different points, I was more sympathetic to certain individuals than others.

Moving on from the various shades of grey of the plot, the visual composition of the film is superb. Suburra is alternately visually striking and quietly nuanced, with a certain dynamism to its overall style.
With a near constant torrential downpour as its backdrop, Paolo Carnera’s cinematography enhances the storytelling on display.

Factor in some very strong performances all round, good editing and sound design, and an excellent soundtrack provided by French electronic outfit M83, there isn’t a noticeably weak element in the entire affair.

Intense, moody, brutal, poignant, and at times even touching, Suburra is everything that can be expected from a political thriller. Maybe just a hair from being a classic, it doesn’t put a foot wrong throughout. Essential viewing.

Score: 5/5
Written by Will Whitty